The deaths of 20 animals, mostly elk, in three weeks along the Trans-Canada Highway in the Bow Valley is adding fuel to environmental groups' pleas for Alberta to build more wildlife fencing and other anti-collision features. 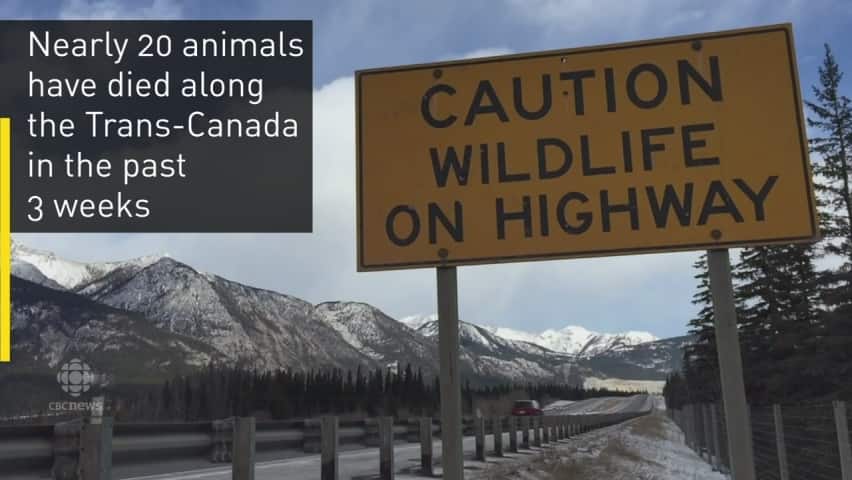 Hoping to reduce the number of crashes between vehicles and animals along the Trans-Canada Highway in the Bow Valley, the Yellowstone to Yukon Conservation Initiative is asking the province to erect more fencing and other anti-collision measures.

The area's popularity, says Stephen Legault, a program director and founding board member of the group, is ramping up the road risks for both drivers and animals.

"We know that there are a number of hotspots where wildlife are being killed in increasing numbers," he told CBC News.

Legault says several environmental groups would like to work with the province to launch a study and consider strategies like wildlife fencing and other anti-collision features along the highway between Banff National Park and the Kananaskis River Bridge.

Provincial biologist Jay Honeyman says nearly 20 animals have been hit along the highway over the past three weeks alone.

He says it's unclear if collision numbers have increased recently, but he says most of the animals killed were elk.

"The elk are crossing where there is no fence and there's a lot of traffic on the highway right now," he said. "It's pretty difficult to cross that highway."