The union representing XL Foods workers, as well as several former and current employees, say food safety is regularly jeopardized inside the Brooks, Alta.-based plant at the centre of an E. coli scare. 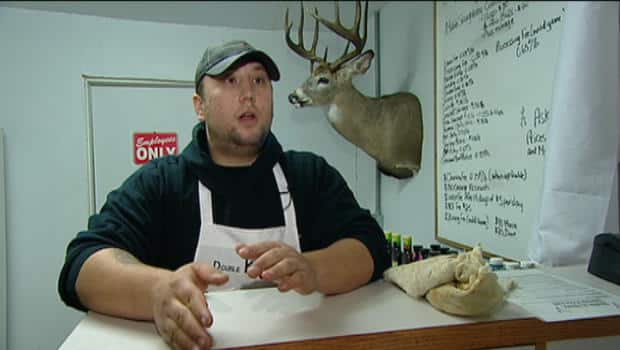 The union representing XL Foods workers, as well as several former and current employees, say food safety was regularly jeopardized inside the Brooks, Alta.-based plant at the centre of an E. coli scare.

The Canadian Food Inspection Agency shut down the Alberta plant last week, and its licence to operate the plant was temporarily suspended in the midst of a nationwide meat recall.

Tom Hesse with the United Food and Commercial Workers said the union has heard from employees about problems that could lead to tainted meat.

"Some [workers] are saying to us, ‘No, I wouldn't eat the product that's produced in my own workplace’," said Hesse. "They tell us that management has a general lack of concern for food safety practices."

The union held a special meeting with about a dozen XL Foods workers this week.

There were reports that workers didn't sterilize their knives between cuts and if they did, they couldn't keep up with the workflow, said Hesse.

One man who worked for an industrial company that had a contract with XL Foods told CBC News that he saw an employee go into the washroom wearing his protective gear during one of his trips to the plant.

"Throwing it on the washroom floor in front of all the urinals and relieving himself and then picking up his garments off the floor. Picking up his scabbard with his knives off the floor and then returning to the production facility," said the man, whose identity the CBC agreed to conceal.

XL Foods Inc. said in a press release Thursday it was taking "full responsibility" and is working to "implement changes to our food safety system to exceed existing high standards and regain the trust of Canadian consumers," including enhanced testing.

CBC News has also spoken with several current and former XL Foods employees who said they also saw safety concerns prior to the meat recall.

Former employee Kyle Salikin, who now operates a butcher shop in rural Saskatchewan, said cleaning equipment would frequently get clogged at the plant, but the company had other concerns.

Other employees described unhygienic behaviour, including workers on the line not washing hands and wearing contaminated clothing into areas which should have been kept clean.

Hesse said he was told at the union meeting that there are also claims that bosses are reluctant to stop the line when problems are found.

"[Workers] told us that shortly before the CFIA shut the plant down there was a sewage back up on both the slaughter and process floor," said Hesse. "That's obviously a serious issue in terms of food safety.

Since the recall began, XL Foods has not agreed to any interviews.