Ken Sturdy was just 20 and training as a signalman in the Royal Navy in 1940 when he heard a message go out over the radio asking for able-bodied men to help get survivors on the boats at Dunkirk.

Veteran was born in Wales but called Calgary home

Ken Sturdy passed away peacefully on Sunday surrounded by his family at the age of 98.

Sturdy made headlines last year when he attended a screening of Christopher Nolan's film Dunkirk — about the historic battle that took place in Dunkirk, France, between the Allies and Nazi Germany, which involved the evacuation of more than 300,000 British and other Allied troops from the edge of France.

The realism of Nolan's movie brought Sturdy to tears and told reporters, "it was just like I was there again."

Sturdy, who was born in Wales, was just 20 and training as a signalman in the Royal Navy in 1940 when he heard a message go out over the radio asking for able-bodied men to help get survivors on the boats at Dunkirk.

"They needed help because quite a few had not eaten for more than a few days, some for more than a month, and they were very weak and dispirited," Sturdy told CBC Calgary News at 6  in an interview last year shortly before Remembrance Day. 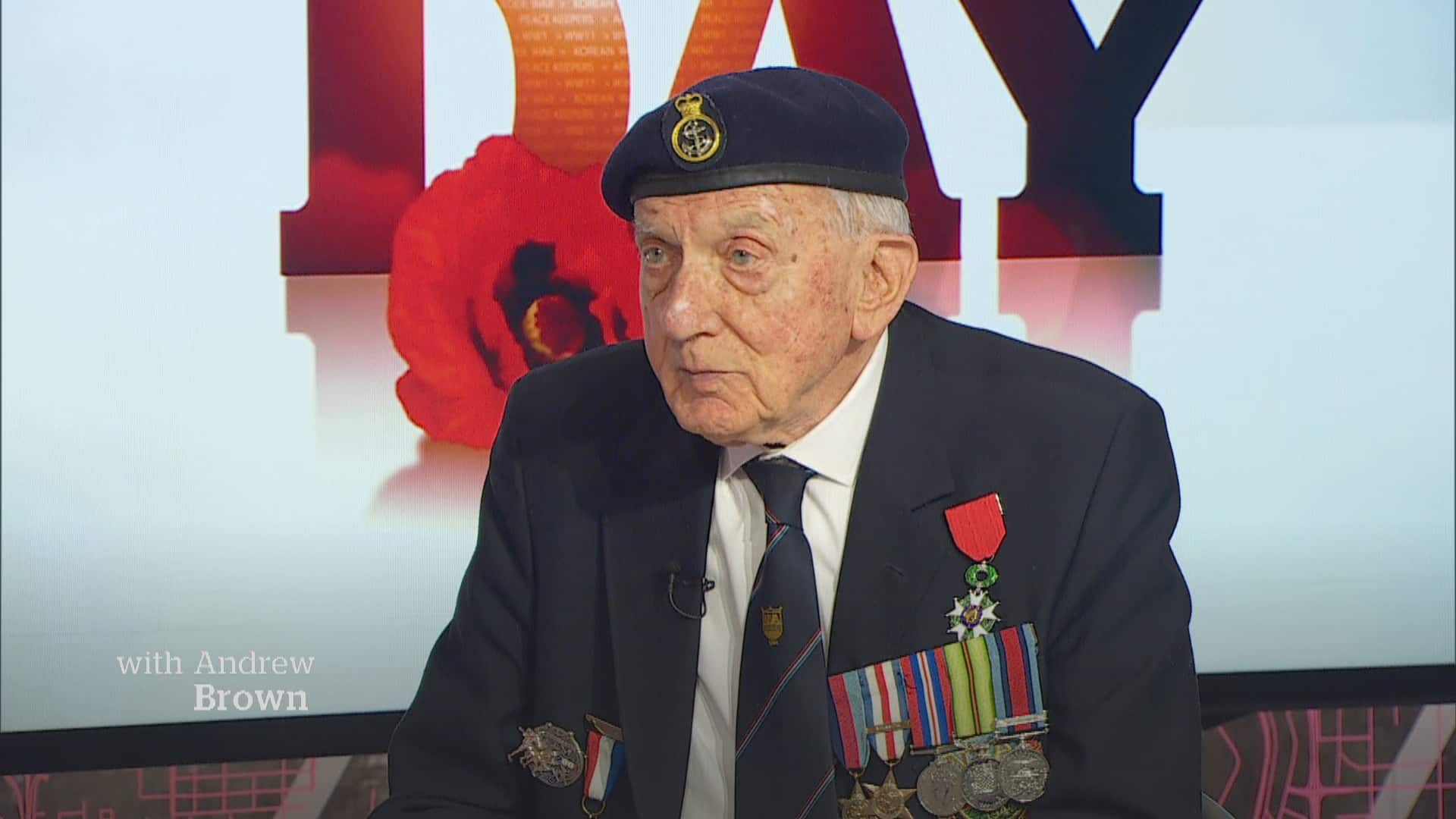 2 years ago
1:39
A Second World War veteran who called Calgary home died this weekend. Ken Sturdy talked to CBC Calgary News at 6 last year about his experience at Dunkirk. 1:39

From one of the rescue boats, Sturdy said he watched as men on the beaches lined up to be rescued. They were being bombed by Nazi troops and sprayed with bullets by low-flying aircraft.

"We were not a match for this new form of warfare," he said.

Sturdy said he and his fellow soldiers thought at the time the downfall of Hitler would be the the end of fighting, which history proved, was not the case.

"We can send men to the moon and back but we don't know how to stop wars," he said. "It's a sad thing to say, but it's the truth, of course."