Wind warnings issued for huge swath of Alberta, with gusts of nearly 140 km/h

Environment Canada issued wind warnings for much of southern and central Alberta on Wednesday, as gusts of up to 140 km/h toppled signs, trees and even a semi-truck, knocked down a cinder-block wall, peeled siding from houses and caused other chaos. 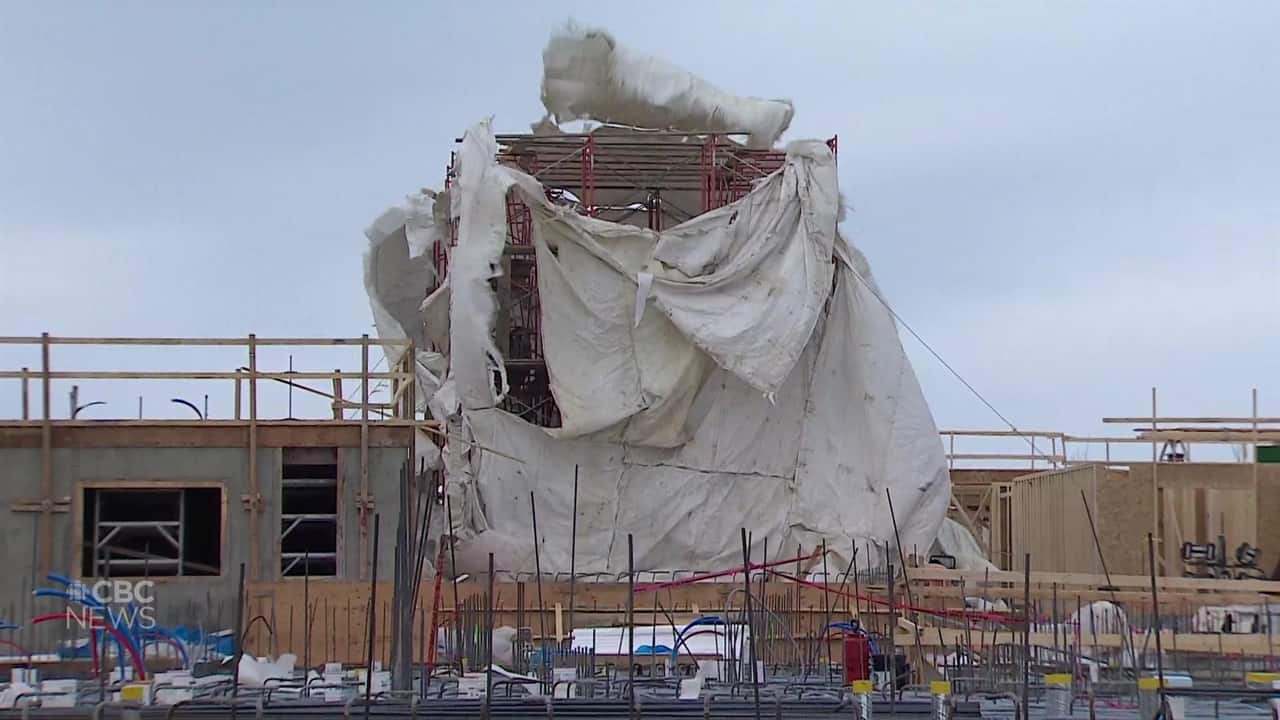 4 days agoVideo
0:10
Construction workers were holding onto their hard hats at this site in University District in northwest Calgary. 0:10

Environment Canada issued wind warnings for much of southern and central Alberta on Wednesday, as gusts of up to 140 km/h toppled signs, trees and even a semi-truck, knocked down a cinder-block wall, peeled siding from houses and caused other chaos.

As of 1 p.m. on Wednesday, Barnwell, about 40 kilometres east of Lethbridge, appeared to have been hit by the highest wind gusts so far, at 137 km/h.

At that time, wind, snowfall and winter storm warnings covered much of the province from Slave Lake south to the U.S. border and from Jasper to Waterton parks in the west to Saskatchewan in the east.

Environment Canada warned that in many places, gusts could be strong enough to cause damage to buildings — such as windows and shingles and that drivers should be extra careful.

"Loose objects may be tossed by the wind and cause injury or damage. Be prepared to adjust your driving with changing road conditions due to high winds," the agency said.

The winds were expected to diminish in most areas by early evening.

In Calgary, gusts of up to 90 km/h were forecast.

Carol Henke, spokesperson for the Calgary Fire Department, said they've responded to multiple calls throughout the day, including a cinder-block wall that fell, a tarp that blew onto Glenmore Trail below Elbow Drive, live power lines taken down by trees, two calls regarding siding peeling off houses, one report of a roof possibly coming loose on a church and sheeting blowing off the top floor of a high-rise building.

"The good news is that there have been no injuries reported as a result of these incidents," she said on Wednesday afternoon.

Other Calgarians were surprised by what one described as "mini-hurricane-like winds" that knocked signs onto streets and sidewalks.

One Twitter user compared the stormy conditions to what it's like to be in Waterton Lakes National Park, where strong winds are a regular occurrence.

"Hot damn, Calgary, it feels like I'm in Waterton with these strong winds," tweeted the account kehzuhyuhpls.

Another Twitter user who was trying to travel from Medicine Hat to Calgary on Wednesday said the blast of weather forced him to turn around.

"Tried to go to Calgary. No go. Turned around just west of Redcliff," Brian Kannekens tweeted. "No sense risking. Between wind and rain pretty treacherous. Don't travel if you don't need to."

On Tuesday, Kyle Brittain from The Weather Network captured a video of a transport truck tipping over due to winds just west of Granum, near Lethbridge. 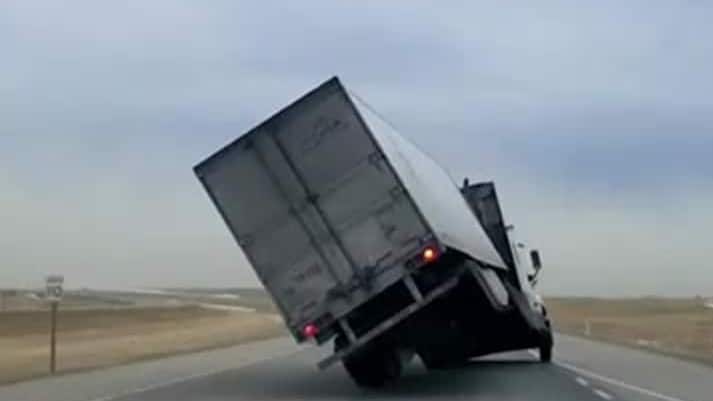 Truck blown over by high winds on Alberta's busiest highway

4 days agoVideo
0:13
A transport truck travelling along Highway 2 near Granum was hit by a sudden crosswind on Jan. 12, one day before Calgary was hit with a big windstorm. Luckily the driver was unharmed. (Credit: Kyle Brittain/The Weather Network) 0:13

The winds have come after unseasonably warm temperatures in Calgary and much of southern Alberta over the past few weeks — allowing the public to enjoy the outdoors amid provincewide COVID-19 restrictions.

On Wednesday, temperatures in the city were forecast to stay near zero, but on Friday a high of 6 C was expected.