Wildrose Party Leader Danielle Smith's response to a Red Deer resident's tweet questioning whether tainted XL Foods meat could be saved to feed the poor instead of being sent to a landfill has put the Alberta politician on the defensive. 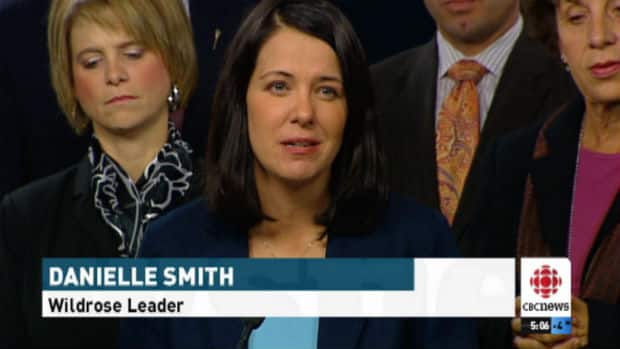 8 years ago
2:15
Alberta's Wildrose Party leader was apologizing today after a tweet about recalled meat. 2:15

Wildrose Party Leader Danielle Smith's response to a Red Deer man's tweet questioning whether tainted XL Foods meat could be saved to feed the poor instead of being sent to a landfill has put the Alberta politician on the defensive.

Smith said she made a mistake and has learned a lesson about social media.

Hundreds of tonnes of the recalled beef were dumped in a Brooks, Alta., landfill over the weekend. The meat is from the beef processing plant, which is at the centre of an E. coli scare that involved more than 1,800 products.

On Sunday, Ray Yechtel's tweet asked Smith, "Is there no way to cook it [the meat] so it’s safe and feed the hungry?"

Smith responded, saying, "I agree. We all know thorough cooking kills E. coli. What a waste."

The online comment sparked a lot of talk, with many accusing Smith of suggesting the tainted beef should be fed to the homeless.

Smith told CBC News that isn't what she meant.

"That's what he said," said Smith, referring to Yechtel’s tweet.

"My comments were focused in on whether or not you could actually kill this bacteria by cooking it properly and whether that was sufficient. But you know, we have to defer to [the Canadian Food Inspection Agency]. They're the regulator; they made the decision that you couldn't safely do that, so they did not certify the beef."

Smith said she now realizes it isn't always possible to fully explain yourself in 140 characters on Twitter.

She said she is disappointed the meat can’t be salvaged, and would purchase recalled meat if it were approved for sale.

"Looks like the CFIA is making a different decision and that's how it goes. That's a lot of product that unfortunately goes to waste. But that's what they have determined we have to do to move on. I think we accept that."