Video of police driving to Tim Hortons probed for speeding

Calgary's police chief says his department is taking a close look at a video that shows a couple of police cars driving quickly to a local Tim Hortons.

Calgary police investigating its own officers 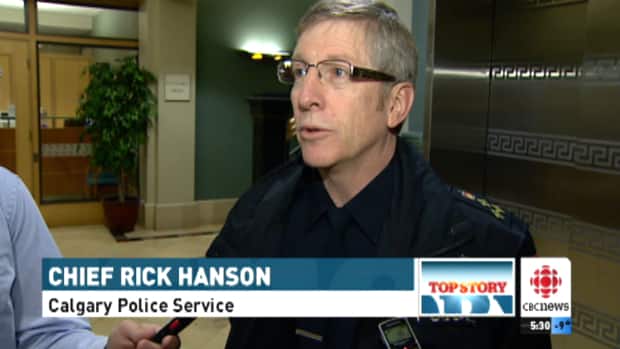 8 years ago
1:57
Calgary police were reminded recently that many people are watching in the age of YouTube. 1:57

Calgary's police chief says his department is taking a close look at a video that shows a couple of police cars driving quickly to a local Tim Hortons.

The video surfaced on YouTube and shows two marked police cars and an unmarked vehicle at a red light.

When the light turns green, the driver of one of the police cars accelerates before pulling into the doughnut shop.

"I’ve had one look at it," said Calgary police Chief Rick Hanson.

"I’ve noticed that the speeds for two of the police vehicles [did not make] it to 50 kilometres per hour, but there’s one vehicle there that we’re looking at what he was doing and what his intentions were at that point in time.

"So until that review is done, we’ll wait to see what comes out of that."

He also says it's worth the police resources needed to investigate this case.

"Bottom line is we talk about traffic safety all the time and when somebody films what may appear to be ... an impropriety then we are obligated to have a look at it," Hanson says.