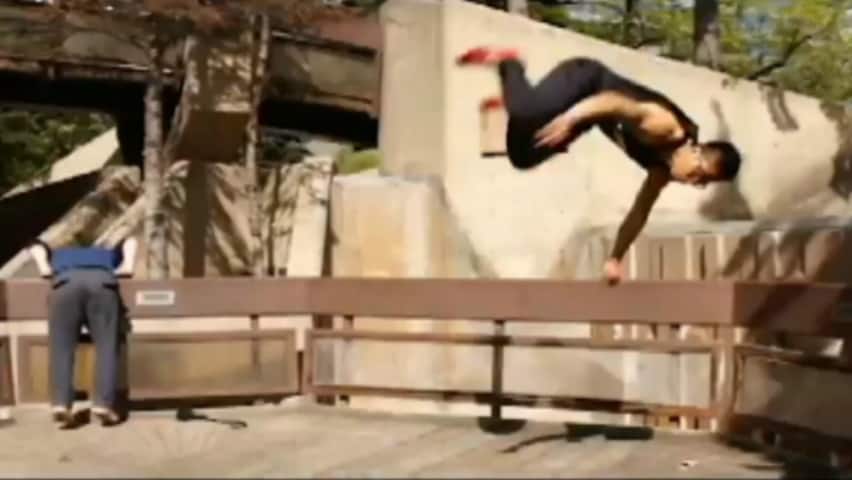 8 years ago
0:51
A group of Calgary parkour athletes working out at Century Gardens in this YouTube video by Captain Kirk Productions. 0:51

Local heritage advocates have found an unlikely ally in urban gymnasts, as both are concerned about the city's plans to redevelop a downtown park.

Century Gardens was created in 1975 to mark Calgary’s centennial. The park is located at the intersection of Eighth Street and Eighth Avenue S.W.

According to the city, the park is showing its age and needs upgrading.

Cynthia Klaassen, of the Calgary Heritage Initiative Society, says the park must be protected in any redevelopment.

"It is of heritage significance," says Klaassen.

"We are actually quite surprised that the city is so ready to change it into something new."

Parkour athletes are also concerned about possible changes to the park.

Parkour is a sport where people climb and jump through urban environments and the Calgary community uses Century Gardens as an urban playground.

Calgary parkour enthusiast Steve Nagy says Century Gardens is world-renowned as a parkour site and is featured in online videos.