City council approved a new bylaw Monday that opens the door for ride-hailing services but stopped short of amending the bylaw to meet Uber's demands. 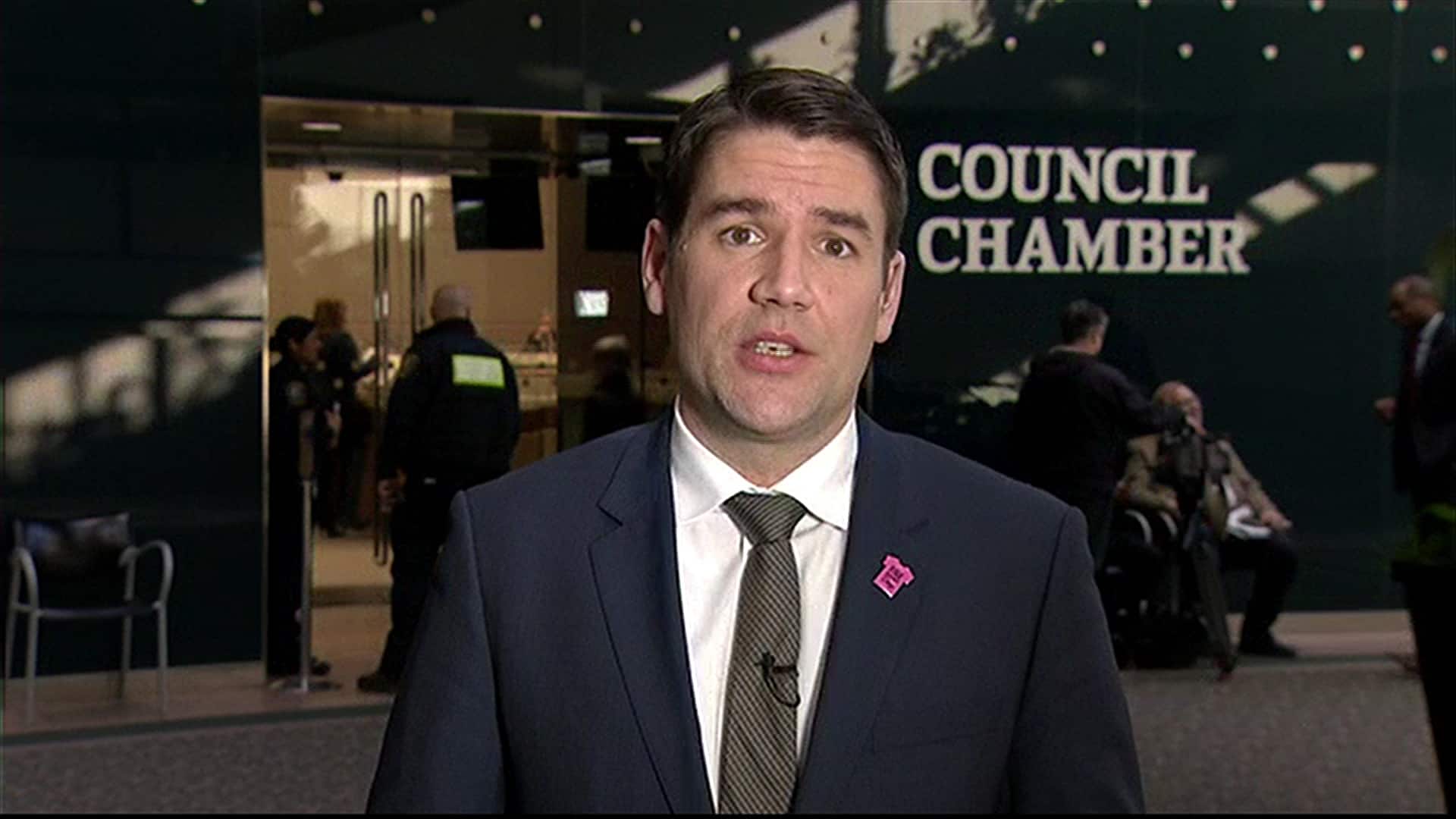 5 years agoVideo
3:06
Uber can now operate legally in Calgary — in theory — but the company says it won't resume operations in the city. 3:06

Uber can now operate legally in Calgary in theory, but the company says it won't resume operations in the city.

City council approved a new bylaw Monday that opens the door for ride-hailing services but stopped short of amending the bylaw to meet Uber's demands.

Ramit Kar, Uber's general manager for Alberta, said last week the ride-company "just can't operate" under the bylaw as written, and re-iterated that immediately after council approved the regulations with only minimal changes.

"It's a really unfortunate day for riders and drivers in Calgary," Kar told reporters.

"For riders, there's no longer going to be an option that they've been asking for to get transported around the city."

But council wouldn't agree to change the fee schedule or background-check requirements. It did, however, vote to loosen the inspection requirement.

Instead of getting vehicle inspections every six months, the requirement is now one per year, unless a vehicle exceeded 50,000 kilometres of total travel in the previous year. In that case, six-month inspections would be required.

Kar called on Calgary to adopt rules more similar to those approved by Edmonton last month, which include a per-trip fee of six cents in addition to an annual lump sum of $50,000 paid to the city directly by the company.

That fee format makes more sense for the majority of Uber drivers in the provincial capital, Kar said, who drive less than 10 hours per week.

But Coun. Joe Magliocca told CBC News prior to the council meeting that Calgary wouldn't accede to Uber's demand that it copy Edmonton's bylaw.

"We're leaders; we're not followers," Magliocca said. "This is Calgary."

During the meeting, city staff told council an Edmonton-style fee schedule wouldn't cover costs in Calgary and regulation of ride-hailing apps would end up being subsidized by taxpayers.

Coun. Diane Colley-Urquhart said the new bylaw isn't aimed just at Uber and noted that, even though it's the world's largest ride-hailing company, it's far from the only one.

"There are a lot of people that are either in the market or intending to enter the market," Colley-Urquhart said.

The new regulations were approved by a 14-1 vote, with only Coun. Evan Woolley voting against it on the bylaw's third and final reading.

Woolley then introduced a new motion calling on the city staff to meet with Uber and come back with recommendations to tweak the licensing fee schedule and vehicle maintenance requirements but was voted down.

"This is a piece where we've kind of missed an opportunity," said Woolley.

He called this new technology a "key component" of the "transportation revolution happening across the world right now."

"We want to see the city evolve with the technology, changing economies, all of these things," he said.

The new bylaw has been months in the making, ever since a judge granted the city's request for an injunction against Uber last November after the company unilaterally launched its lowest-cost ride-hailing service, UberX, in Calgary in October.

Uber asserted at the time that the city's existing bylaws governing taxis and limousines don't apply to it, but a judge disagreed and ordered Uber drivers to temporarily stop operating in Calgary, until regulations could be sorted out.

The changes approved Monday modify Calgary's existing Livery Transport Bylaw, which governs taxis, limousines and now "private for hire vehicles" — which is the city's catch-all term for Uber and services like it.

"This is a modernization of our entire taxi bylaw, with a whole bunch of things in it," Mayor Naheed Nenshi said.

Here is a summary of some of the regulations for the different vehicle types.

With files from Bryan Labby