Growing seafood — or any meat — in a lab can be pricey, which is why a team of researchers at the University of Calgary are experimenting with ways to drive down that cost by focusing on fish protein.

Team is currently working with cells from rainbow trout 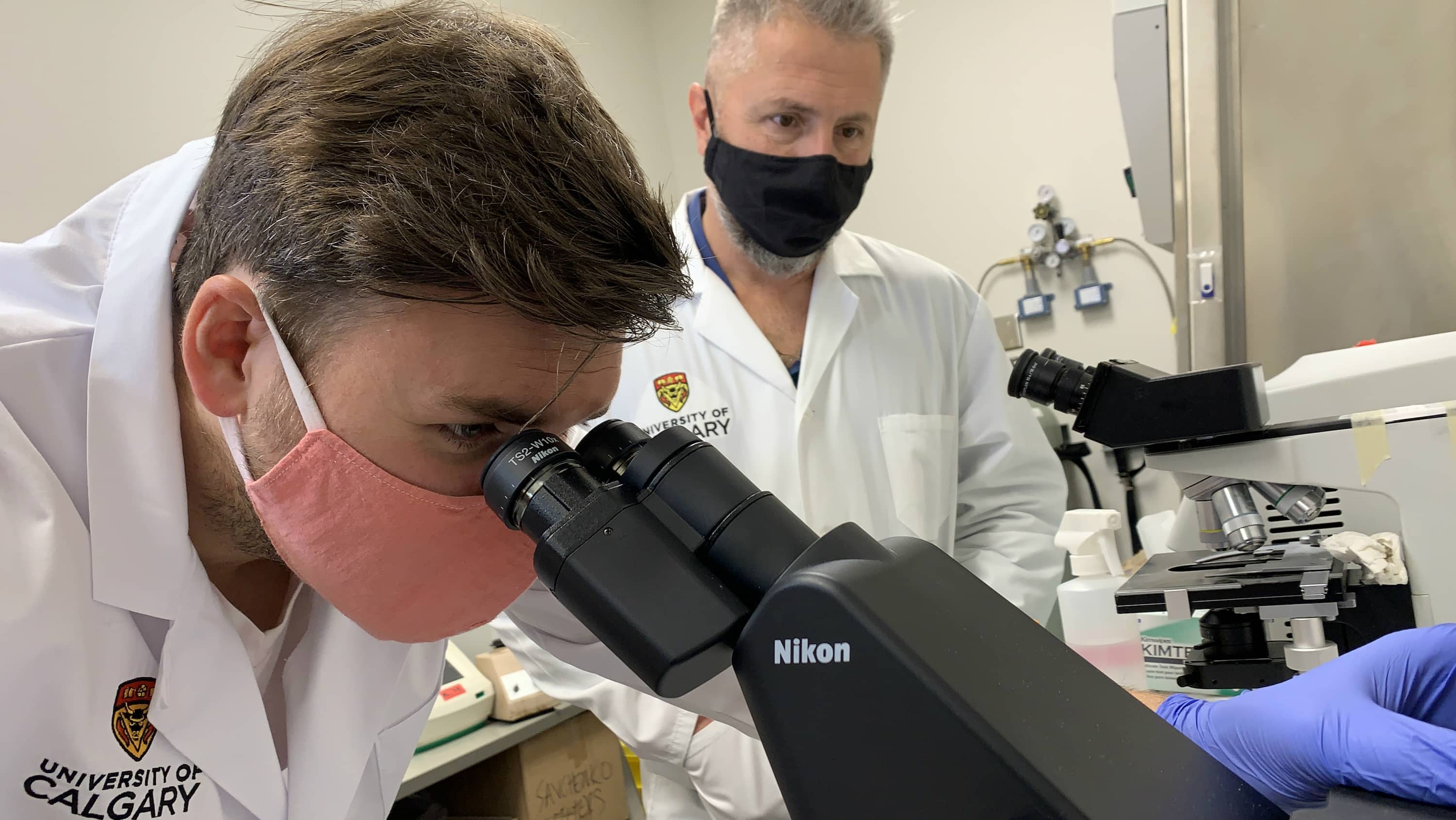 The future of cellular agriculture

2 months agoVideo
2:51
Would you eat a fish filet grown in a lab? Find out how research from the University of Calgary might help startups grow animal proteins without the animals for restaurants one day, without costing a fortune. 2:51

Growing seafood — or any meat — in a lab can be pricey, which is why a team of researchers at the University of Calgary are experimenting with ways to drive down that cost by focusing on fish protein.

There are many methods, but the team at the U of C is focusing their research on protein biochemistry and fish cell culture.

"We're trying to reduce the cost that it takes to grow the cells in cell culture systems," said Semper.

"Our research is attempting to use protein biochemistry to find new protein variants that will help to improve the performance and reduce the cost of fish cell culture on the biggest scale."

"The cost has come down quite significantly since then, but we're still not at that point where … most consumers would be willing to pay the price that it will cost for products produced by cellular agriculture," said Semper.

He says now that cellular agriculture is growing as a field of study, there has been more interest in fish cells.

Their research, which has taken place over the course a year, is funded by the organization New Harvest, a non-profit research institute focused on expanding the field of cellular agriculture. The lab also has funding for additional cellular agriculture research projects from the Good Food Institute and the Animal Advocacy Research Fund.

"The interest and the need to be able to culture fish cells efficiently and at a low cost is much greater."

The team is working with what are called "cell lines" derived originally from rainbow trout, and they will soon be working with cells from sea bass and bluegill fish.

"We use microbes to create fish proteins that we then give to fish cells that tell the fish cells to start growing and dividing," said Semper.

"That's really what our research is focused on, is giving those cells the molecular signals that they need to start dividing and growing and propagating."

These grow in what's called a growth medium "that provides a lot of the essential nutrients that they need so that they can grow and divide."

Semper says it's too early to say whether they will be able to actually grow meat in the lab, but their research could be useful for those looking to create "three dimensional pieces of meat."

He and his fellow researchers were actually studying bacteria, viruses and parasites, which involves a heavy focus studying protein.

He said that's when Semper had the idea to apply that methodology to the study of cellular agriculture.

"[The] basis of all that research is the ability to purify protein and characterize its function. And that's what exactly we have been doing over the years, he said.

Semper's own interest in meat production through alternative means originated from a desire to live more sustainably, and a concern for animal welfare.

"Instead of relying on an animal to grow cells and divide cells and proliferate to the point where we can harvest a piece of tissue, we're trying to do that in a flask, in an in vitro system, so that we don't need to rely on a whole animal to produce just a small piece of tissue," said Semper.

He says the results of their research will likely be published next year.

With files from Monty Kruger and Stephanie Hogan.