There are more tooth decay problems in children in Calgary since the city stopped adding fluoride to the drinking water supply in 2011, according to a study. 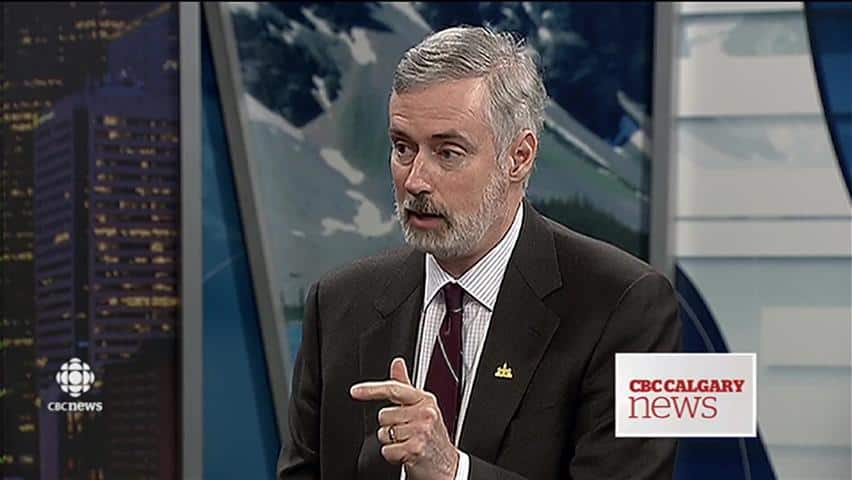 5 years ago
2:59
Tooth decay in children in Calgary has worsened since the city stopped adding fluoride to drinking water in 2011, according to a new study. 2:59

Tooth decay in children in Calgary has worsened since the city stopped adding fluoride to drinking water in 2011, according to a new study.

The study, published Wednesday in the journal Community Dentistry and Oral Epidemiology, compared Grade 2 students in Calgary and Edmonton, which still adds fluoride to its drinking water.

McLaren said the study is clear about the cause and effect at play.

"We designed the study so we could be as sure as possible that [the increased tooth decay] was due to [fluoride] cessation rather than due to other factors," she told the CBC.

"We systematically considered a number of other factors ... and in the end, everything pointed to fluoridation cessation being the most important factor."

Health Canada notes that provincial and territorial governments regulate the quality of drinking water in their jurisdictions, with the fluoridation of drinking water supplies decided by each municipality, in collaboration with the province or territory and possibly in consultation with residents.

Brandy Payne, Alberta's associate minister of health, told CBC News it's too soon to say whether the province will reconsider its policies regarding fluoridation in view of the study.

"This is a relatively new finding, so we are going to take a look at the report and go from there with an evidence-based decision," she said.

The controversial issue has been debated in Calgary for years. Fluoride has both beneficial effects in "reducing the incidence of dental caries" and negative effects "in causing enamel and skeletal fluorosis following prolonged high exposure," according to the World Health Organization. In the case of fluorosis, the teeth can become permanently discoloured, and accumulation of fluoride in the bones and joints can damage them and cause pain.

"It's not unusual for us to see a child with almost full-mouth decay in the population that we're looking at, and considering that we're in Calgary, we shouldn't be seeing that degree of disease here and we are," she said.

"And to think of that rising, and those children suffering and in even more pain, when it's such an easy thing to remedy to remedy or at least assist with."

Kokaram says of the 1,700 children and youth the Alex treated last year, about 50 per cent had tooth decay. It's continuing to collect its own statistics to track the decay rate among its clients.

Meagan Heck, head of the Calgary Dental Assistants Association and who also works in a dentist's office, says she`s not surprised by the findings of the study.

"We're definitely busy with the kids, and what we're seeing is that kids who get cavities, if they don't come in frequently to the offices, we don't catch them soon enough, so without fluoridation the cavities get larger really quickly," she said.

"And kids don't brush their teeth regularly as it is. They have a high sugary diet."

Calgary's city council voted 10-3 in 2011 to stop adding fluoride to the drinking water.

Ward 7 Coun. Druh Farrell was one of those in favour of removing it, arguing that helping families who couldn't afford fluoridated toothpaste would be a better idea than giving it to the entire population.

Ward 3 Coun. Jim Stevenson also voted to remove fluoride from Calgary's water, saying there was insufficient medical proof that keeping it would have any benefit.

"We as a council have to show some leadership here," he told the CBC in 2011.

One of the arguments in favour of fluoride removal was its availability in sources other than drinking water, such as toothpaste.

McLaren said fluoride given by dentists is one source, but not everybody has access to such care.

"Our findings, and others, suggest that community fluoridation continues to have an effect above and beyond these other sources of fluoride," she said.

McLaren said the tooth decay increase found in her study is more significant in children's baby teeth than in adult teeth, and she added there is a need to continue to monitor the trend.

Ward 9 Coun. Gian-Carlo Carra was another one of the majority on council who voted to stop adding fluoride to the water. He welcomes the new study.

"I'm glad we're getting some localized and pretty clear science pointing to the fact that community fluoridation actually has an effect," he told the CBC.

"I would say that when we made the decision, that information was not as cut and dry."

Carra said at the time of the 2011 vote, council faced a cost of about $10 million to upgrade the city's fluoride injection system, plus an ongoing maintenance cost of $1 million annually.

Carra told the CBC that if the decision were in front of council today with the new data, he would advocate for fluoridating Calgary's drinking water — with the province paying the cost.