HQ for Encana and Cenovus is tallest tower west of Toronto 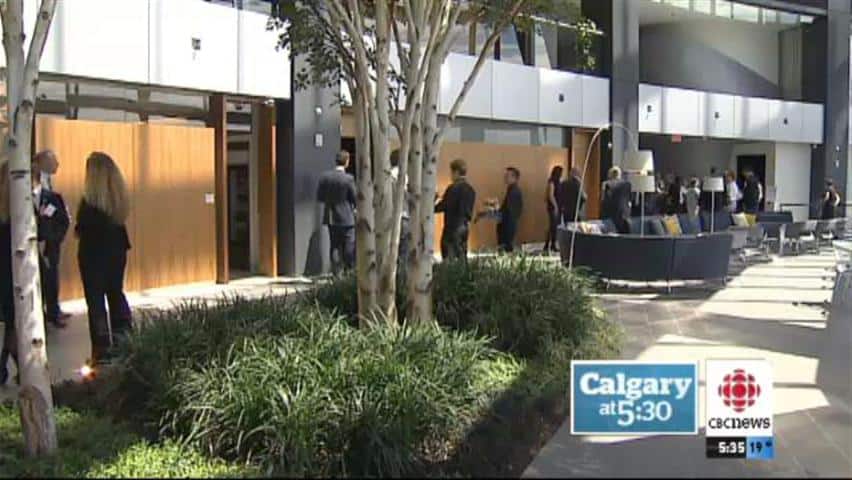 The Bow building is the tallest tower west of Toronto in Canada at 58 storeys, including three sky gardens and a mechanical floor.

It was designed by Foster + Partners, a top architectural firm based in London. Work started on the tower in 2007.

Owned by H&R Real Estate Investment Trust, it is the new headquarters for Cenovus Energy and Encana Corporation.

Earlier this year the $1.4-billion building was named by a German firm as one of the world’s most spectacular corporate buildings.

The 36-hour concrete pour to lay the foundation for the 236-metre tower at Sixth Avenue between Centre and First streets S.E. set a Canadian record.

A 12-metre tall wire-mesh sculpture of a head by Spanish artist Jaume Plensa sits outside the Bow’s main entrance.

But a proposed commercial development in downtown Calgary may surpass The Bow.

The developer, Brookfield Office Properties, has applied for a permit to construct a 56-storey building that would measure 247 metres.