The Calgary mother who said she gave her son holistic remedies for what she believed was a cold or flu before his death was found guilty following a two-week trial late last year.

Calgary mother Tamara Lovett has been found guilty of failing to provide the necessaries of life and negligence causing death in relation to the fatal illness of her seven-year-old son.

However, the charge of failing to provide the necessaries of life has been stayed and sentencing will be based solely on the more serious charge.

(Although unusual in everyday parlance, the word "necessaries" — not "necessities" — is the Criminal Code charge.)

Ryan Lovett died from a Group A strep infection in 2013. Lovett testified during the trial that she gave her son holistic remedies for what she believed was a cold or flu before his death.

After Justice Kristine Eidsvik delivered the verdict, she agreed to a request by the defence for a psychological assessment of Lovett.

"I don't understand what that means," Lovett said to the courtroom.

Sentencing submissions will be heard on June 19.

'Gambled with his life'

Prosecutor Jonathan Hak said the Crown was satisfied with the verdict.

"The court specifically found that Tamara Lovett actually knew how sick he was and simply refused to do something and therefore gambled with his life," he told reporters.

"The way Tamara Lovett treated her son, though she loved him dearly — his fate was sealed the way she dealt with this very serious illness."

Hak said the Crown will seek a "period of imprisonment" for Lovett and isn't sure what difference the psychological assessment will make.

"It could give us some insight into why Ms. Lovett has the beliefs that she has, or it may add nothing — it's really hard to speculate."

Lovett's lawyer, Alain Hepner, said he would be fighting to keep his client out of jail, but that it's too early to consider whether they'll file an appeal.

"Nothing will really happen until after the sentencing anyway," he said. "We'll get a psychological assessment, as we always do in these difficult cases, and then we'll make some decisions after that."

Hepner said the assessment will help the judge understand who it is she's sentencing when the time comes. He also said the trial was tough.

"There's no winners," he said. "It was difficult, it was emotional, it was hard for everyone in that courtroom."

During the trial, court was told the bedridden boy, who wasn't taken to a doctor for his illness, deteriorated in his mother's apartment for 10 days before his death.

Lovett testified she gave the boy dandelion tea, oil of oregano and other natural products, and that he seemed to be getting better.

Doctors testified the infection would have been treatable had the boy, who also had meningitis and pneumonia, been taken to a doctor and given antibiotics.

Ryan did not have a birth certificate and had never seen a doctor because his mother "did not believe in conventional medicine," Crown prosecutor Jonathan Hak told Court of Queen's Bench Justice Kristine Eidsvik at the beginning of Lovett's trial.

On March 2, 2013, a frantic Lovett called 911 after finding Ryan on the floor outside the bathroom in their apartment. 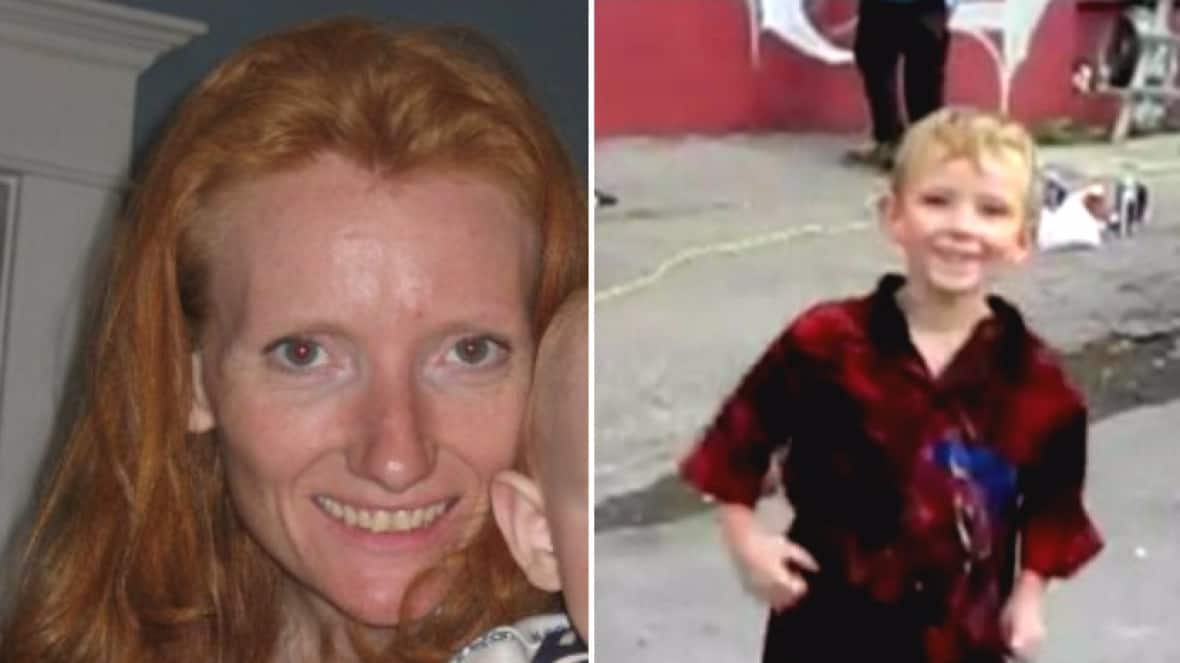 Covered in vomit and cold to the touch, Ryan was already dead when paramedics and police arrived at Lovett's apartment to find the child lying in the hallway, the court heard.

'A state of supreme suffering'

Barbara La Pointe, a former friend of Lovett's who used to take Ryan to her home on weekends, testified the boy was "a beautiful endurer of abuse" who lived "in the darkest realms of poverty."

Ryan sometimes attended school, but La Pointe said he had no routine. He would stay up with his mother even into the wee hours of the morning.

La Pointe testified she visited Ryan and his mother the day before he died. She described Ryan as being "in a state of supreme suffering" and offered to take the mother and son to a hospital or doctor, but Lovett refused.

In his closing arguments, Hepner, argued his client is "morally innocent" and called her a "loving mother" who didn't realize soon enough the seriousness of her son's illness.

Canadians across the country have kept a close eye on the case. It is one of several in southern Alberta involving parents who were charged criminally after their children died of conditions that could have been treated with conventional medicine.

In Lethbridge last year, a jury found David and Collet Stephan guilty of failing to provide the necessaries of life for the 2012 death of their 19-month-old son, Ezekiel, who died of meningitis. The Stephans refused to take him to a doctor.

The trial was told Ezekiel at one point became too stiff to be placed in his car seat, and instead had to lie on a mattress while his mother drove him from their rural home in southern Alberta to a naturopathic clinic in Lethbridge to pick up an echinacea mixture.

Lovett's trial had one notable spectator in the gallery — Jeromie Clark. Clark and his wife, Jennifer also face a charge of failing to provide the necessaries of life in the death of their 14-month-old son, John, who died in 2013 of a staph infection complicated by malnutrition.

The Clarks followed an extreme interpretation of the Seventh-day Adventist religion and had never taken their son to a doctor. Their trial is set to begin in June.