The Canadian feature film Jasmine Road explores how a Syrian family would survive in a small rural town in Alberta.

A movie about a Syrian refugee family arriving to Canada is filming in Calgary and surrounding areas.

The Canadian feature film Jasmine Road follows a Syrian family and explores how they would live in a small rural town in Alberta.

According to a release, the film follows "a recently widowed western rancher [who] takes in a Syrian refugee family in the small conservative town of Red River. Jasmine Road is a subtle yet positive political film about the power of acceptance, understanding and love." 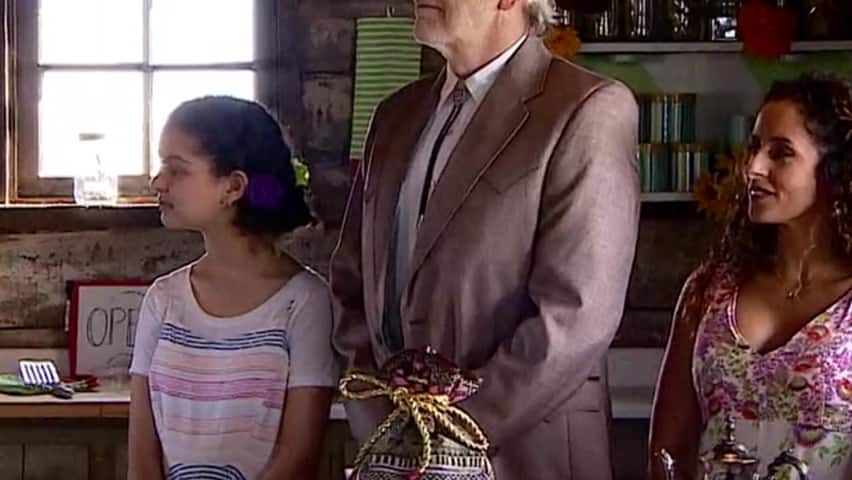 1 year agoVideo
1:39
The Canadian feature film "Jasmine Road," explores the idea of a Syrian family and how they would survive in a small rural town in Alberta. 1:39

"I still believe in telling small stories in your backyard," he said.

Sulatycky said inspiration for the story came after the first wave of Syrian refugees arrived to Canada in 2015.

"There was a lot of front page news, but then the stories disappeared," Sulatycky said. "You didn't hear much about what happens to the refugees when they settle in Canada and what their lives are like."

Sulatycky then spent years of research in order to craft an amalgamation of mid-western Canadian cowboy culture and the Syrian refugee crisis.

"It dawned on me one day while I was in southern Alberta driving through Longview… 'I think these two stories could work together,'" he said.

The next step was finding actors to tell the story, which took Sulatycky about a year and a half.

"I didn't want people to fake the culture so they had to come from the culture. Not necessarily Syrian, but from the Arabic world," he said.

Aixa Kay, who plays Layla and is a Saudi-Canadian actor, said the role was meaningful for her because of her volunteer experience at the Vancouver Association for the Survivors of Torture — British Columbia's largest centre for refugee mental health.

"It was wonderful to be able to witness a lot of those experiences and to be able to act in a movie that's presenting another human experience related to refugees," she said.

She said what stood out for her was that Jasmine Road is a story centred around hope.

"It really follows them on their journey toward making home somewhere else and toward their personal healing," said Kay.

The youngest actress in the film is Melody Mokhtari, who plays Heba, Layla's daughter.

Mokhtari said she was happy the film was being released and would raise awareness surrounding Syrian refugees.

"There just isn't enough publicity… I love how we've had this chance to portray this big of a role in this amazing journey," she said.

Mokhtari said the way two worlds come together in the film is "incredible" — with her character's family losing their home and the western rancher that takes them in having just lost his wife.

Greg Ellwand, who plays a rancher named Mac, said his character loves the world the way it is but undergoes a journey of tolerance.

Sulatycky explained that Mac represents a conservative side of politics and people who are concerned with their own lives and jobs.

"Mac represents that side of the spectrum where they're really trying to look out for themselves because life is hard," he said.

Sulatycky said while there are valid arguments against complete open borders, the film recognizes the need for acceptance.

"There's so much negativity in the world these days and there's so much borders closing and people wanting to build walls around themselves, their homes and their countries," Sulatycky said.

"The message I want people to come away with this film is that we must open our hearts to everybody."

Jasmine Road is set to be completed in 2020.