Dog owners can attest they'll do just about anything for man's best friend. And a Calgary man is doing just that by helping his elderly golden retriever Sully stay mobile throughout his "golden" years. 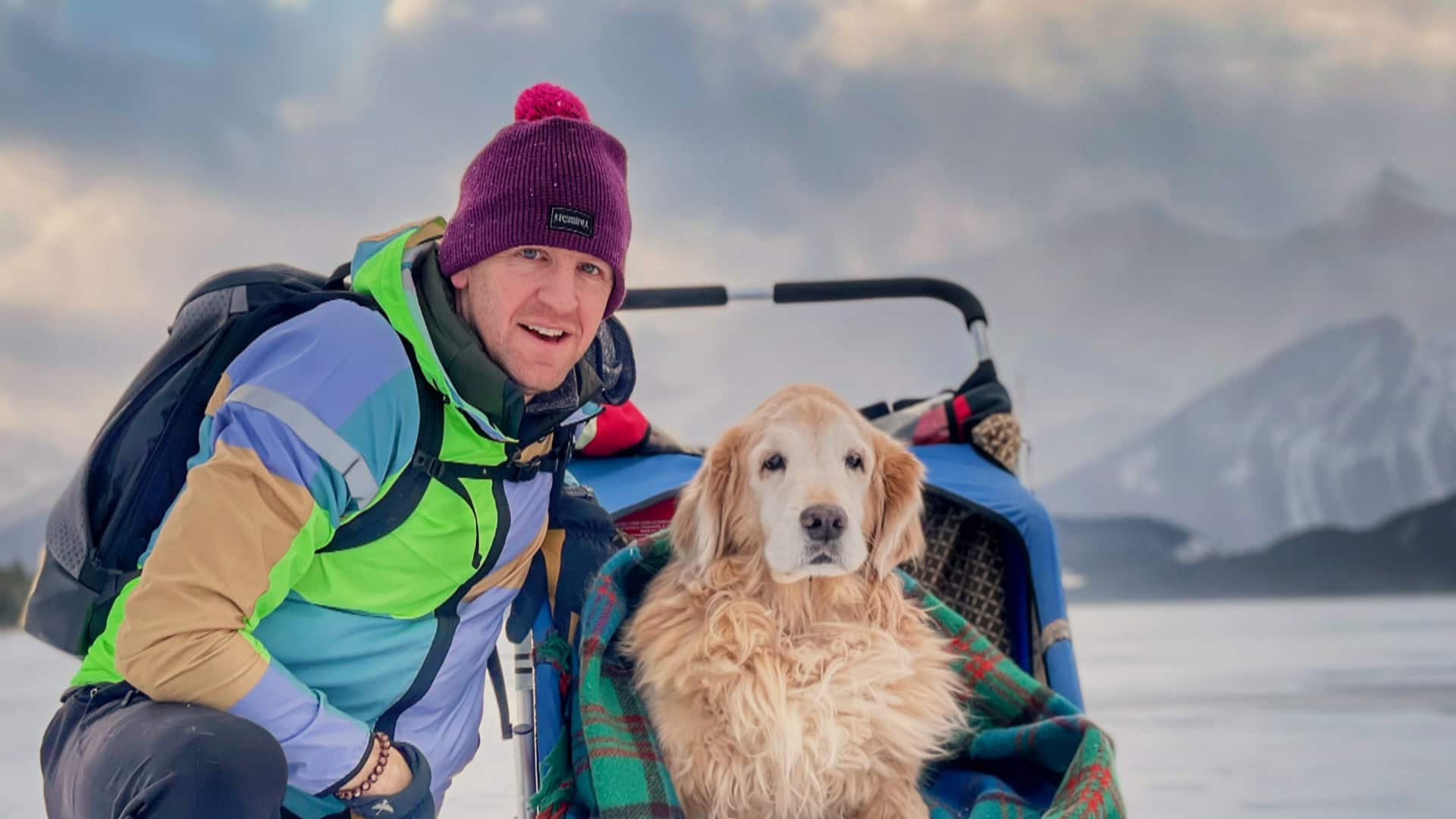 2 months ago
1:47
This Calgarian has found a creative way to keep his best friend up to speed on their mountain adventures. 1:47

Dog owners can attest they'll do just about anything for man's best friend.

And a Calgary man is doing just that by helping his elderly golden retriever Sully stay mobile throughout his "golden" years.

At 14½, Sully wasn't able to go for walks as long as he used to. He was diagnosed with laryngeal paralysis, which makes breathing heavier and harder.

However, his owner, Donny Marchuk, says that hasn't stopped the pooch from trying to keep up.

"As soon as I leave the house, he wants to come. He just kind of lights up when he gets to go," said Marchuk, a phys-ed consultant.

"When he was younger and we were hiking and trail running in Yoho and Kananaskis … any hike I go on, Sully was up for it, and he misses that."

In order to help his dog continue adventuring in his final years, Marchuk fashioned a stroller meant for children into "Sully's adventure chariot."

"The chariot, I borrowed from a friend, and once in a while we borrow a ski attachment and we go snowshoeing as well. So walks and mountain adventures have been on tap this winter so far," he said.

"Even if it's around the neighborhood, just for a walk, he's been sitting up like he's the happiest person in the world."

And the reactions from those meeting Sully and his stroller has been one of the best parts, says the owner.

"The effects Sully has on people probably is my favourite thing as of late," he said.

"Rarely does a person go by without stopping and wanting to talk and smiling. And it kind of warms our hearts knowing that we put a smile on their face as well."

For Marchuk, he says rolling Sully around is the least he can do for his pup.

"I went through some tough times, as most people do. He was there for me and he got me through those, just the companionship," he said.

"He's given so much to me that it's only fair that every second I get now I can give that back to him."

The dog owner says they will continue strolling around together until Sully can't anymore.

"Having a dog in my life is everything," he said.

"Every minute I can give him a chance to spend more time and do the things he loves to do, I'll do it."

With files from Julie Debeljak, Monty Kruger and the Calgary Eyeopener.