Calgary's craft breweries are arguing their case to be allowed some space at the Calgary Stampede. 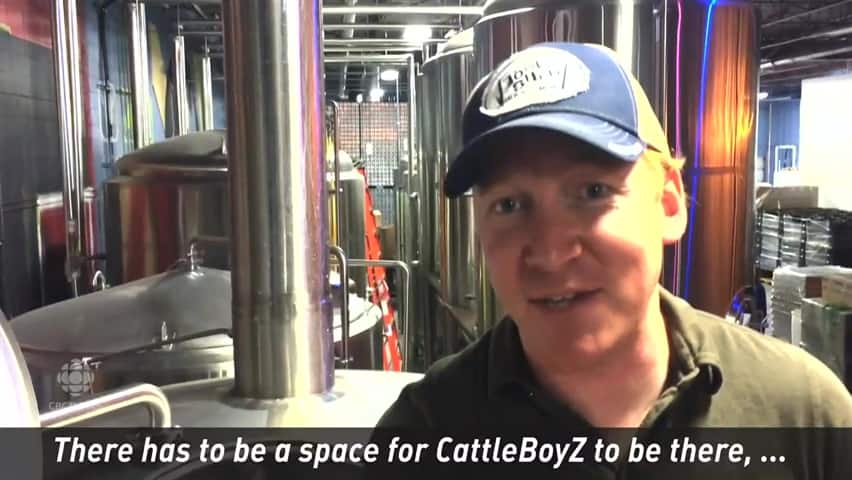 How Stampede can capitalize on the growing popularity of small, local business

Calgary's craft breweries are arguing their case to be allowed some space at the Calgary Stampede.

They are excluded again this year because of a long running exclusivity contract the Stampede has with Labatt.

That means only Labatt brands are sold on the grounds — mainly Budweiser.

Graham Sherman, one of the co-founders of Calgary's Tool Shed Brewing Company, says the Stampede could just set aside one area for local brewers to sell their beer.

"I don't think it would even put a dent in the amount of beer that a company like Budweiser sells on the Stampede grounds, and it would allow local breweries to show off to the global visitors to our local festival, you know, what local beer actually is," he said.

"If your beer wasn't that good, you'd try to hold on to your exclusivity and not let anyone else play, right?"

Kurt Kadatz, director of community engagement for the Stampede, says more than 85 per cent of the beer for sale on the grounds is brewed by Labatt in Edmonton.

"We're proud to offer their full range of products, which are increasing and diversifying every year."

Terry Rock, Executive Director of the Alberta Small Brewers Association, says in 2014 there were 19 craft breweries in Alberta, and now there are 40, with 10 more in the planning stages.

He says the Stampede needs to catch up.

"Over the past couple of days we've had some chats and when the opportunity arises, these are community leaders that will do the right thing in the long run," he said.

"As soon as they have an opening, I want my membership to be ready to go in the door."

This year, the Stampede is hosting a brewmasters' dinner, featuring craft beers from B.C. and Ontario, but none from Alberta.

With files from the CBC's Dan McGarvey