Two Calgarians are working on a free mobile app that will bring the stories of buried soldiers to life.

Matthew Cudmore and Ryan Mullens are co-founders of Memory Anchor 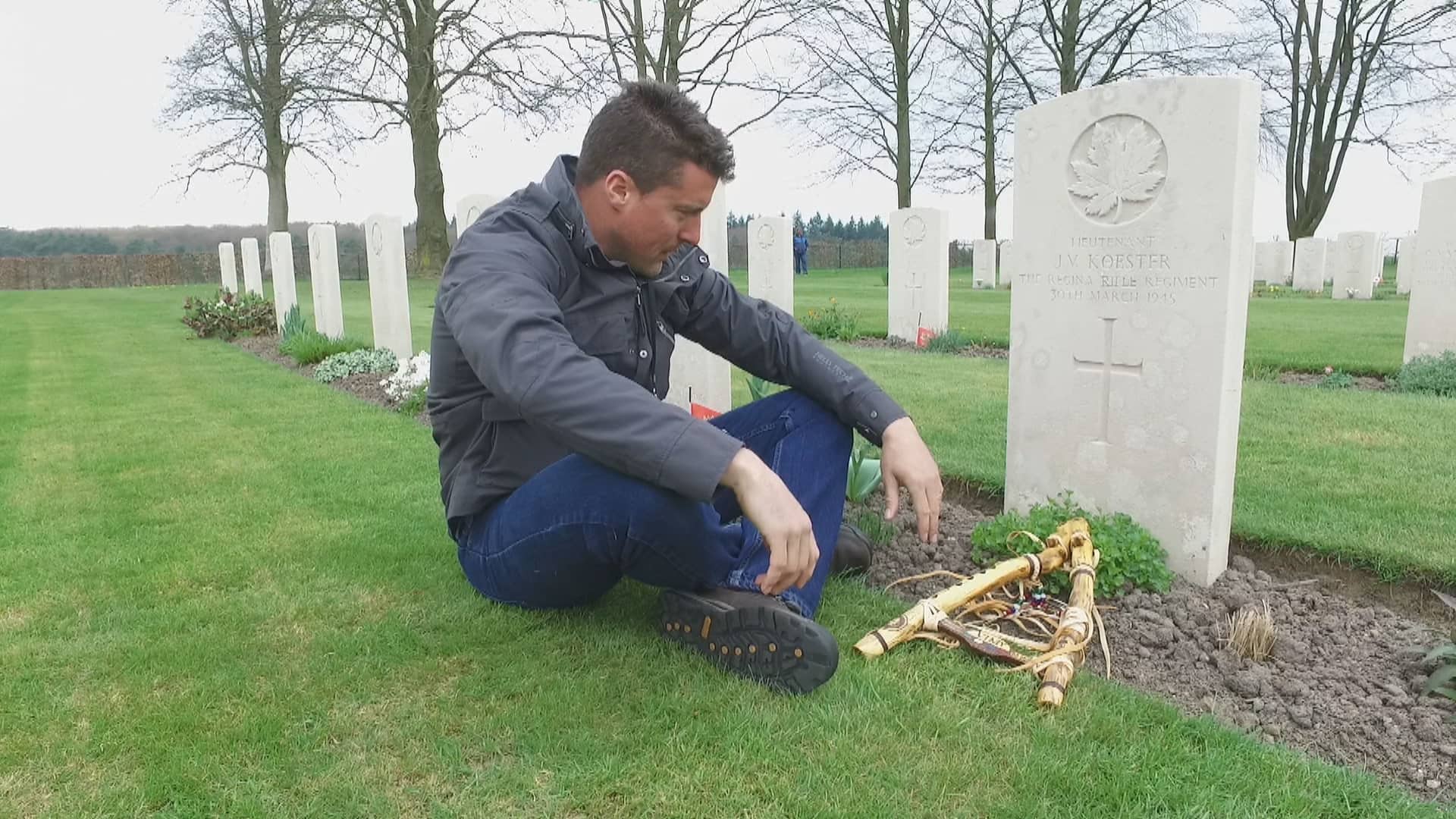 Three years ago, Ryan Mullens was sitting next to the grave of a long-dead soldier in the Canadian military cemetery at Groesbeek, Holland. He played Amazing Grace on his wooden flute as a tribute to one of the fallen, a soldier by the name of James Koester.

And he wondered about that soldier's story.

Today, the former reservist is one half of a team that's developing a free mobile app that will bring the stories of buried soldiers to life.

It's called "Faces of Valour".

Mullens, along with Matthew Cudmore, are the co-founders of Memory Anchor, the tech company developing the app.

"There's so much power in a story," Mullens said when he and Cudmore joined The Homestretch, adding that the new technology will allow memories to be preserved like never before, strengthening our ties to history.

"It's pretty much you walk into a graveyard or a historical site and you bring out your smartphone and you walk up to a veteran's grave and the software will tell you who's buried at your feet and you get to see their photograph, their biography and any medals that they earned," Cudmore said.

"And really, it's just designed to get the best and most complete picture. And so you can really get to meet that veteran."

Cudmore described the app as virtual walls of remembrance, where ordinary people can share the individual stories of Canadian and British soldiers.

Mullens said it will continue to be interactive.

"This is a very much a passion project," Mullens said. "We've made connections with and partnerships with the Commonwealth War Graves Commission, Veterans Affairs Canada, Beechwood Cemetery in Ottawa. And these sources have been really incredible for being able to bring some of that rich media — pictures and such.

"But what is going to be even more important is our community page, which really asks people to share some of those stories because we don't want to lose this."

Both men say their own family histories have shaped their interest in the project.

"I come from a pretty steeped military history," he said. "My family, my great grandfather served, my grandparents. My mom and dad met in the army and I served in the reserves for nine years. And so this reverence and history that we have, has always stuck with me and the projects that I've done."

The app will ultimately offer virtual tours of select cemeteries in Canada and the U.K. along with the stories and photos. For now, the pilot sites are Beechwood Cemetery in Ottawa, Brookwood Military Cemetery in Surrey, U.K, and Burnsland Cemetery in Calgary.

"We've collected a handful at each of these to start some of our pilot and testing, and as we go more and more through this, we're going to be adding more and more stories so people can walk in and experience the soldiers in these sites," Mullens said.

Mullens said one story in particular has stuck with him. It involved a soldier named Walter Charter, who had sent a telegram home to his seven-year-old son. 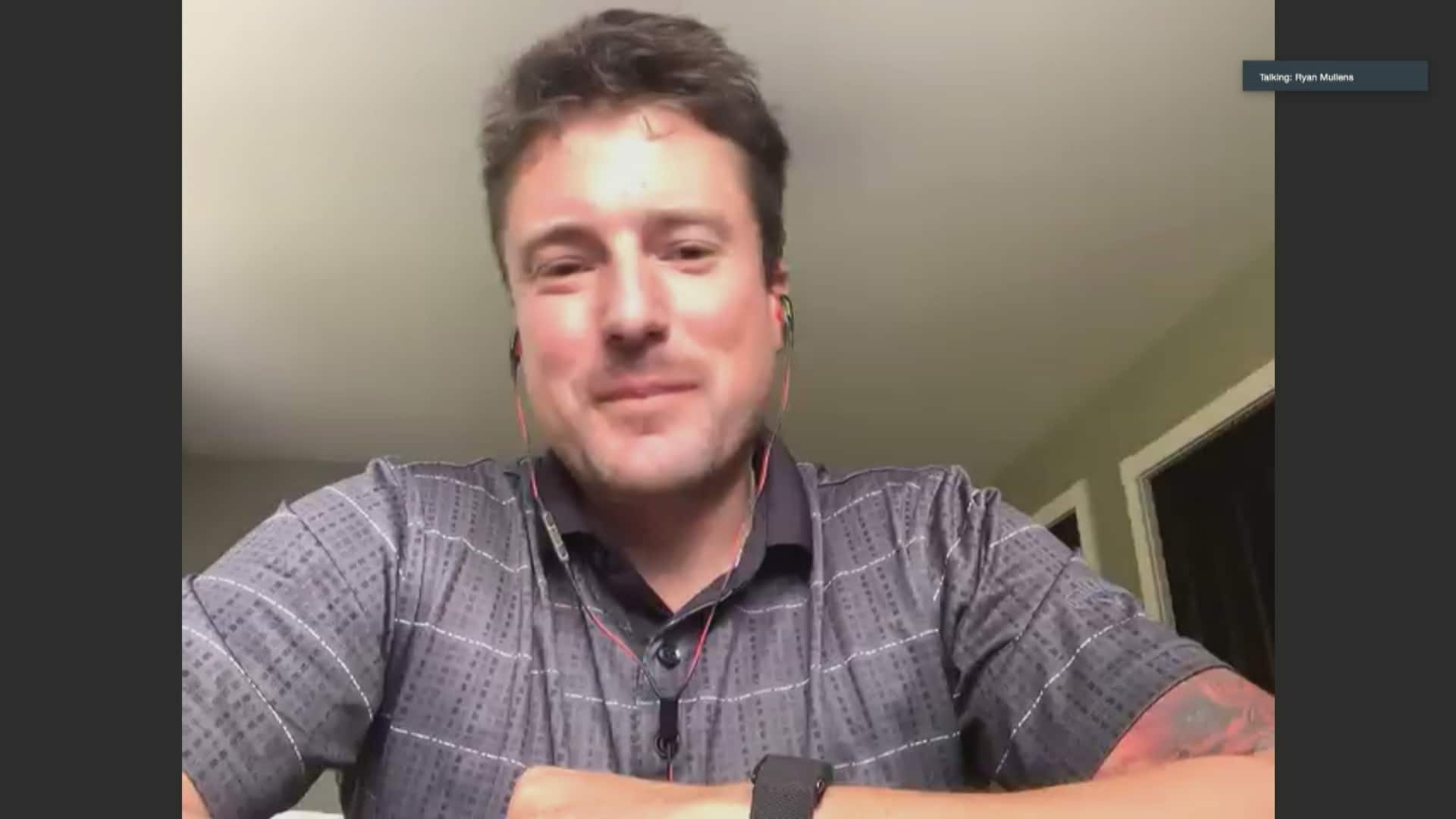 Ryan Mullens tells a story that chokes him up

1 month agoVideo
1:39
App developer Ryan Mullens explains how he wants his Faces of Valour app to reveal the stories of the people buried in war graves. 1:39

"So I have a seven year old, and I really felt like this would be a message I could send to my son," Mullens said. "And basically what it said is, 'Dear Tommy, Uncle Eric says you're getting really big. Daddy's OK. He just wishes he could be home to have a picnic and some fun with you.' "

Father and son were never reunited.

It's no small feat to create such a huge database, but Cudmore says they are enlisting the help of advisors — and Google.

"It's really a global effort. We're so grateful to our constellation of technology and historical advisors, and Google plays a role as technology advisors," he said. "We have a handful of Googlers down in Silicon Valley that have really supported the project in terms of advice and pitfalls to avoid. So we're so grateful to them for really, you know, they're the pioneers of augmented reality technology. So to be working alongside those brains is pretty humbling."

Cudmore and Mullens hope to have the app up and running for spring 2021.