Some residential streets are still not plowed after December's dump of snow, but Mayor Naheed Nenshi is defending the job that city crews have done on dealing with it. 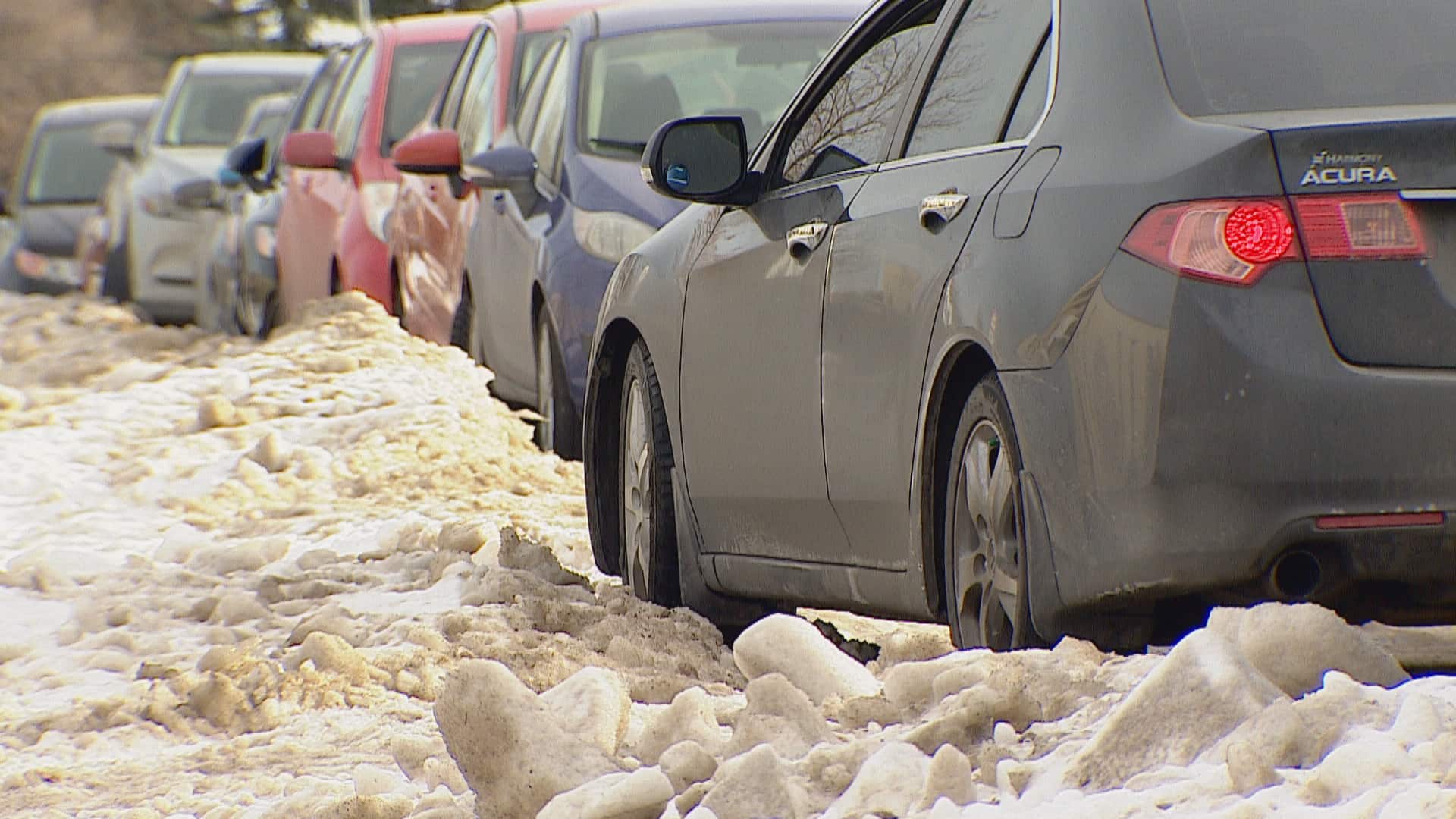 10 days agoVideo
2:28
Some residential streets are still not plowed after December's dump of snow, so who has the right of way when navigating those icy ruts? AMA lets us know. 2:28

Some residential streets in Calgary are still not plowed after December's dump of snow, but Mayor Naheed Nenshi is defending the job that city crews have done.

There have been thousands of complaints to the city about conditions on side streets.

Wayne McLachlan, chief driving instructor for the Alberta Motor Association, points out that some roads have become increasingly narrow due to all of the snow.

"Residential streets are particularly challenging," he said. "You can see how it forces the vehicles … to kind of park up on the embankment a little bit just because the road is narrow."

When the drivable portion of roadway is too narrow, it presents a problem when cars are approaching from opposite directions.

"There's really no regulation at that point. It's mostly co-operation between the two drivers, whether it's by the flashing lights or polite hand gestures just to indicate who's going to take precedence."

Nenshi says the city deliberately chose not to call a snow route parking ban because so many people were home over the holidays due to pandemic restrictions.

"The snowfall happened on December the 22nd, when we were in the midst of a provincially mandated lockdown. We very deliberately chose not to do [a parking ban] — even though we normally would have — because we didn't want to add more stress to people's lives when they're stuck at home," he said.

The mayor says that due to plows needing to work around vehicles, it slowed down snow and ice control work.

"I know that some of the residential streets are still pretty tough. But I do know that our crews have done a really good job on the Priority 1, Priority 2 and Priority 3 roads," he said.

"Including, in some cases, snow removal … on streets that the windrows were impossible to navigate, which is not something that we normally do."

He says that road conditions on side streets may still be dicey, but the public should have "patience."

The city spent more than $2 million on snow and ice control for the snow that fell both before and after Christmas Day.

With files from Scott Dippel, Monty Kruger and James Young.