Smoke from U.S. forest fires blew in to Alberta on Saturday, prompting Environment and Climate Change Canada to issue air quality alerts for the southwest portion of the province.

Wildfires have destroyed thousands of homes and killed dozens in the western U.S.

Smoke from U.S. forest fires blew in to Alberta on Saturday, prompting Environment and Climate Change Canada to issue air quality alerts for the southwest portion of the province.

"If you or those in your care are exposed to wildfire smoke, consider taking extra precautions to reduce your exposure. Wildfire smoke is a constantly-changing mixture of particles and gasses which includes many chemicals that can harm your health," the alert reads.

Children, seniors and people with lung conditions are particularly at risk.

Wildfires have killed multiple people and destroyed around half a dozen small towns and thousands of homes in the western U.S. this summer.

Stephen Vallee, a senior meteorologist with Environment and Climate Change Canada, said conditions are expected to worsen from moderate to high risk overnight Sunday before improving early next week.

"Monday is still a little uncertain at this point, things should start to improve hopefully late in the day on Monday. It will be tough to know exactly at this point how much smoke is trapped near the surface. But with any luck, sometime late Monday, if not early Tuesday, a cold front will move through the province and clear out," he said. 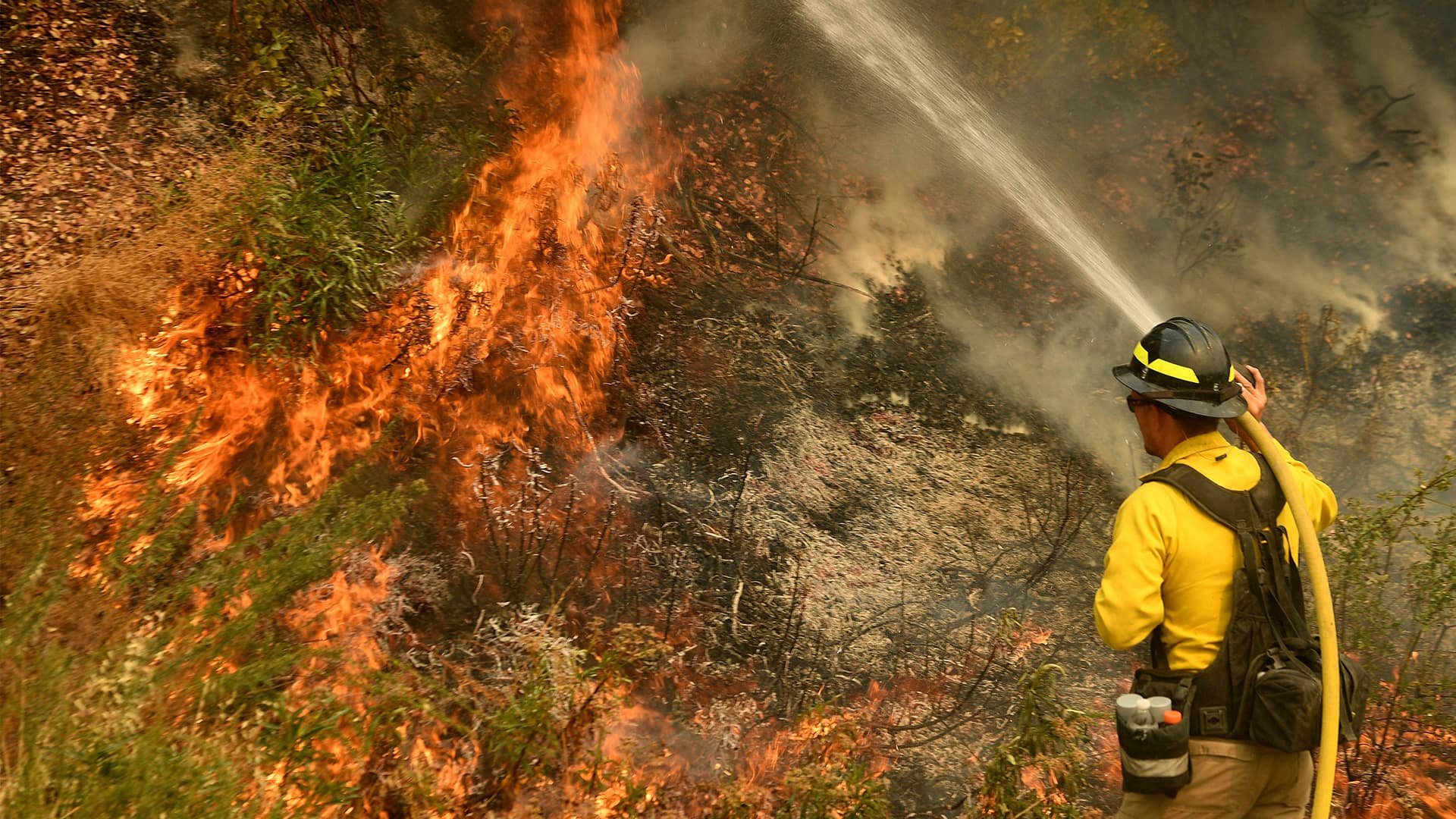 17 days ago
7:01
Climate scientist John Abatzoglou says though climate change does not cause the heat waves or fires, it sets the stage so that when conditions are ripe, as they are right now, heat waves are more intense and fires burn more fiercely. 7:01

If you must drive somewhere, keep windows and vents closed and run car fans on recirculate, AHS said. It's also best to reduce levels of physical activity to decrease inhalation of pollutants.

Much of southwestern Alberta is currently under a fire ban.