What to expect for downhill skiing this winter

The ski season has already started but COVID-19 means there are some changes to ensure safe distancing on the slopes, one of them being the abolishment of the singles line.

The ski season has started at Banff's Mount Norquay, and protocols due to COVID-19 have prompted some changes, which were agreed upon by ski resorts across the country.

Andre Quenneville, the general manager at Mount Norquay, says he wasn't anticipating the dump of snow that allowed the hill to open last weekend — the earliest it's opened in its 95-year history — but is excited to start welcoming people in.

"I think lots of people can't wait to get out there and enjoy the slopes and, given the current circumstances, we want as much lead time as possible before the Christmas period. And it just so happened that we had good weather. So let's get skiing," he told the Calgary Eyeopener.

Quenneville says Norquay is having a soft opening with only one lift and one run open.

"We prepared the slopes with additional manmade snow and that's why we will be starting with the one lift to begin and then we'll build onto that from there," he said.

As well, they've inserted a variety of COVID-19 measures — similar to what you would see at restaurants and other businesses in Calgary.

For example, there will be a limit on tickets purchased, and masks need to be worn inside buildings, in any lineups and when riding the chairlift. 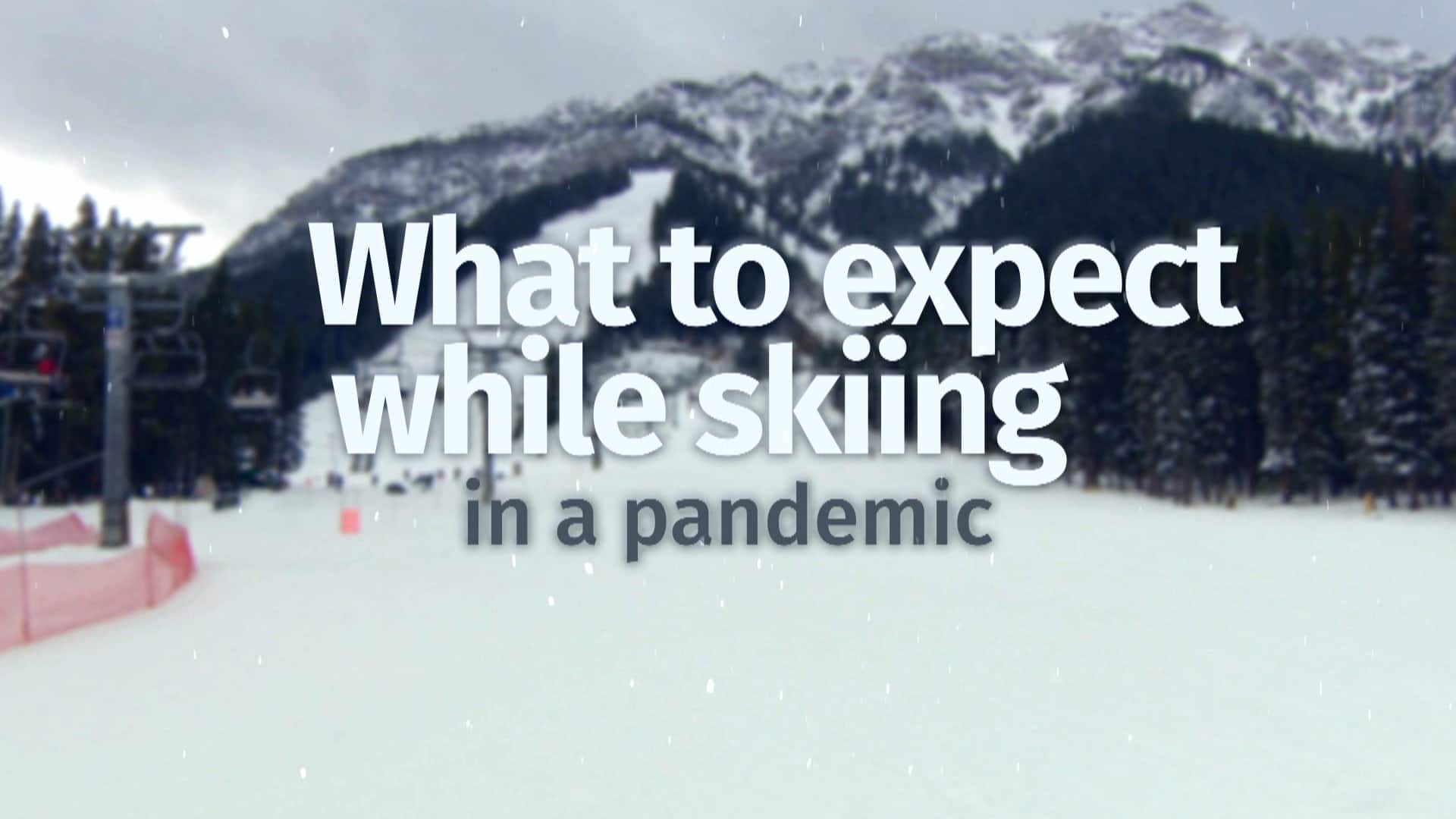 What to expect when skiing in a pandemic

3 months agoVideo
3:15
Andre Quenneville, the general manager of Mt. Norquay, walks through the COVID-19 restrictions in place at the Alberta ski hill that was first to open this season during a worldwide pandemic. 3:15

"You'll see all the same kind of protocols and precautions being taken when you enter buildings, from sanitization to markings on the floors and spacing, different food options and offerings in our lodges," he said.

"We feel confident that we can provide a good outdoor activity with these protocols in place."

The biggest hit to skiing this year will be the elimination of the "singles" line, a common feature at ski lifts and gondolas that allows single patrons to ride with other groups.

Because of COVID-19 health measures, Quenneville says the ski hill is asking people who arrive together, to ride together.

And for those that are skiing alone, in most cases you will get the chairlift to yourself. However, if you're comfortable with it, Quenneville says they are able to put two singles on either side of a four-person lift.

'Don't be the reason to lose our season'

Ski hills across Canada are on the same page. They discussed COVID-19 preparations leading up to the ski season.

Quenneville says their motto is, "Don't be the reason to lose our season."

Matt Mosteller, senior vice-president for Resorts of the Canadian Rockies, a private company that owns six hills — including Nakiska, Fernie Alpine Resort and Kicking Horse Mountain Resort — told CBC News that it's been an unprecedented effort to have all of the ski resort partners working together.

"I think part of this whole thing is that skiing and snow boarding offer low risk, high value recreation in a time when most people need it," he said.

Here are some recommendations to prepare for this new way of skiing:

A lot of facilities are getting creative on how to ensure people have space to eat at the ski hill.

Since a lot of the restaurants will be at limited capacity, Mosteller says plan when and where you are eating ahead of time.

He says try to go to restaurants during non-peak hours or pack a lunch and eat at one of the outdoor patios.

"Also consider kind of the old school way, which was very popular when I grew up skiing and snowboarding, and that was going back to your car and having lunch in your car," he said.

As well, skill hills will have grab-and-go food options to make the process quicker.

At Sunshine Village Ski Resort in Banff, which is opening Nov. 7, there will be extra space for people to sit down, eat and relax during their ski day.

"They'll be extra space for eating lunch, for warming up in between. We will have grab-to-go options and it'll be for people who want to pack their own lunches," she said.

"And with those, they'll each have their own restroom trailer."

The Lake Louise Ski Resort is one of the latest to open, on Thursday, in what is also its earliest opening on record.

Another ski hill, Nakiska in Kananakis Country, will be opening Friday, while Castle Mountain Resort will open on Dec. 4.