It comes across as a curious Canadian conundrum, but the question 'Why do we skate counterclockwise?' is in fact a global mystery.

No science as to why people skate to the left, only 'goofy speculation' 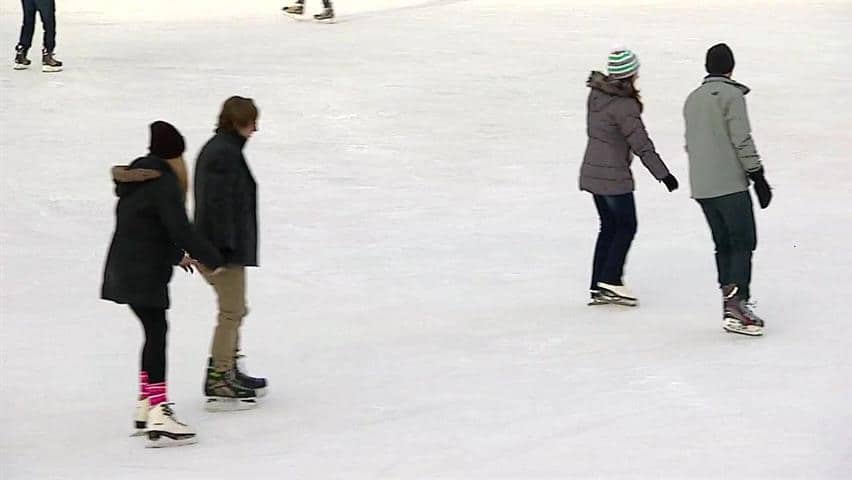 Skating counterclockwise: Why is it so natural?

5 years agoVideo
1:23
It comes across as a curious Canadian conundrum, but the question 'Why do we skate counterclockwise?' is in fact a global mystery 1:23

It comes across as a curious Canadian conundrum, but the question 'Why do we skate counterclockwise' is in fact a global mystery.

Of course, indoor rinks are often set up to guide skaters to move counterclockwise.

But CBC video producer Evelyn Asselin observed that even at outdoor neighbourhood rinks, people naturally skate to the left, so she set out to investigate.

"I don't know," said Preet Dhillon, a Calgarian who was out skating with her kids on Wednesday at the Olympic Oval. "This is a tricky quiz."

The practice goes beyond skating too. Think of track and field events. Even animals like dogs and horses tend to race counterclockwise, though maybe there are exceptions in places like the U.K. and Australia.

The method may even date back to Roman times when chariots also raced — you guessed it — to the left.

"People have tried to study the reasons behind the counterclockwise effect, but no scientific reasons have been identified," said Marcel Lacroix, associate director of sport at the University of Calgary's Olympic Oval.

He says there are some theories why this happens — that our hearts are just left of centre in our bodies, making that side ever-so-slightly heavier.

More people are right-handed, and it's been hypothesized that turning left might feel more natural for the majority of the population. In fact, the only person observed skating clockwise at the Shaganappi outdoor rink on Wednesday was left-handed.

"It's just a lot of goofy speculation," said Lacroix.

What if you're an outlier who prefers to circle the ice clockwise?

With files from Evelyne Asselin