Federal corrections officials are considering how they might safely release inmates in case the COVID-19 pandemic spreads into Canada’s prisons and jails, as advocates call for immediate action.

A Canadian senator is calling on federal corrections officials to consider the immediate release of inmates to stem a potential COVID-19 prison "disaster."

So far, no cases of COVID-19 have been reported in Canada's prisons. Corrections officials have tried to prevent the infectious disease from getting behind prison walls in part by cancelling outside visitors.

Correctional Service Canada also says its officials are considering how it might release some inmates to lower the prison population but have not done so yet, despite repeated calls from advocates.

If the novel coronavirus gets behind a prison's walls, advocates worry the respiratory illness will spread faster than on a cruise ship — and potentially kill vulnerable, elderly and ill inmates.

Among those calling for the compassionate releases is Ontario Senator Kim Pate, who was the head of the Elizabeth Fry Society for decades prior to her appointment.

"We just have to look at what's happened on the cruise ships that have been quarantined en masse and can only imagine how much worse that could be in a prison environment," Pate told CBC News.

"I'm extremely concerned that once COVID-19 hits the prisons, it could be disastrous."

Pate and David Milgaard — an Alberta-based advocate for prisoners' rights, having been wrongfully convicted himself — have joined forces to raise awareness of the risk to inmates, who they say are less able, while incarcerated, to practise the intense hygiene and social distancing regime needed to prevent infection.

The duo says they believe inmates will be safer from the highly contagious virus at home, rather than face the deadly disease while imprisoned in close quarters.

"We are examining what options are available to us in collaboration with the Parole Board of Canada and what flexibilities there are to safely release offenders into the community," a spokesperson said in a statement.

The statement also noted that "public safety is paramount."

As of Tuesday, Correctional Services Canada said it had 37 inmates tested for COVID-19, and the results of 14 of those tests were still pending.

The agency managed nearly 14,000 incarcerated offenders across the country on a typical day in the 2018-19 fiscal year.

When asked about releasing inmates Wednesday, Prime Minister Justin Trudeau said he's not "taking anything off the table" to prevent COVID-19 from spreading in prisons. 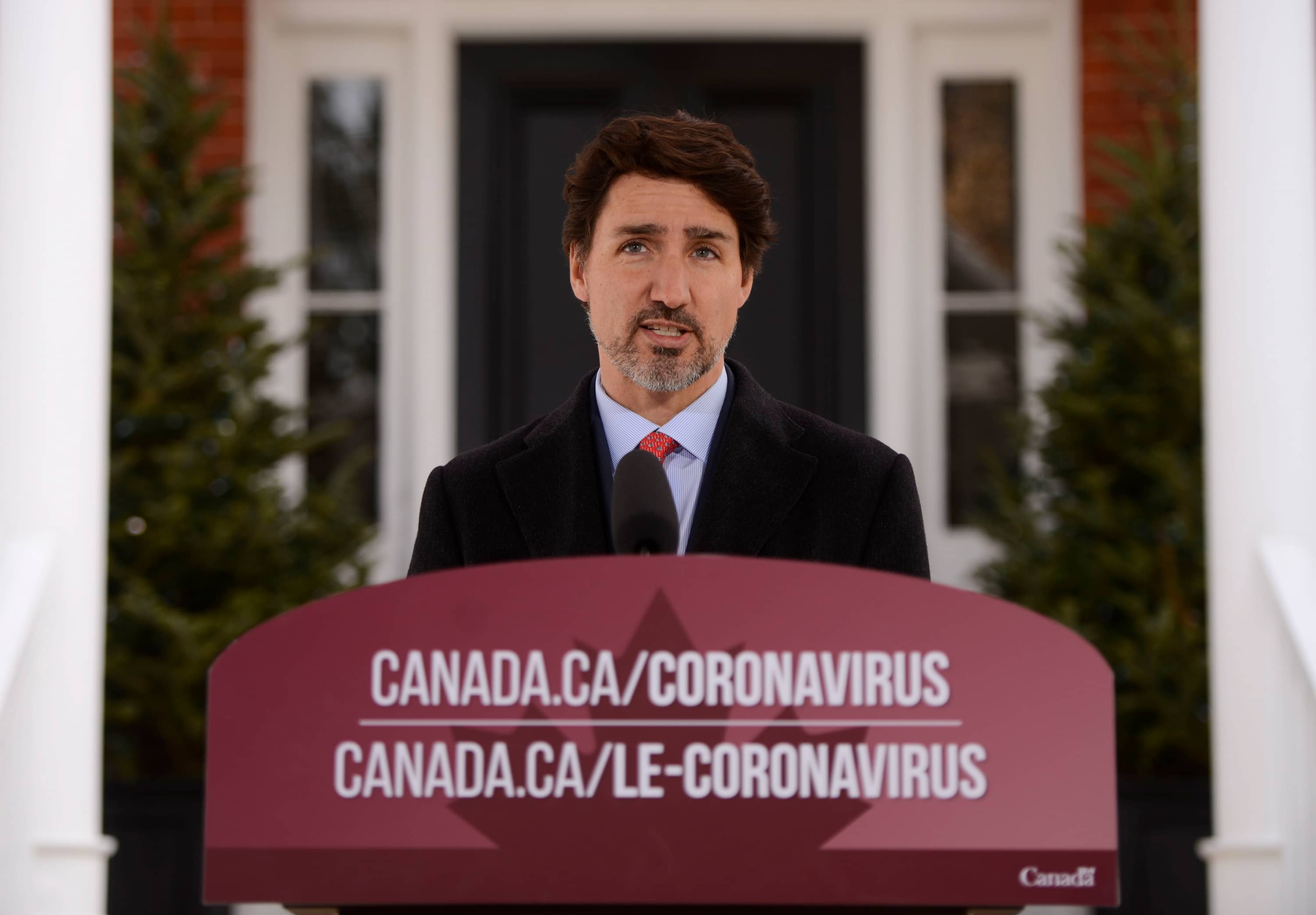 'We're not taking anything off the table'

11 months ago
1:11
Prime Minister Justin Trudeau responds to a question from freelance reporter Justin Ling about what the government is doing to help the federal prison population during the coronavirus pandemic. 1:11

"We recognize that the incarcerated population is at greater risk of contracting and spreading COVID-19," Trudeau told reporters at a press conference.

"That is why we are working closely with Corrections Canada to ensure we're looking at a broad range of measures to … make sure that we're doing things that will keep them safe."

Other jurisdictions, including Nova Scotia, have released some prisoners amid the threat of COVID-19. The respiratory illness can affect people of all ages but is most dangerous for those over age 60 or those with pre-existing conditions.

Dr. Ivan Zinger, the federal correctional investigator, said he identified hundreds of ageing federal inmates past their parole eligibility dates. He called last year on Corrections to release them but the agency did not.

"If it did, there would be less people to worry about," Zinger said.

The investigator, who acts as an ombudsman, has been watching the agency's response plan closely while fielding complaints from inmates and staff. So far, the majority of complaints have been about feeling uneasy about a new person's health when they get moved onto a cellblock.

"If it spreads, it could spread very quickly," Zinger said.

So far, he said he has been pleased with the efforts by Corrections Canada to prevent infections and its plans to deal with outbreaks.

Although it's not in his mandate, he said he's keeping an eye on what provincial authorities are doing.

Zinger said provincial jails are more likely to house two or three inmates in a cell, which can increase the chance that illness can spread.

In Alberta, officials have moved some convicted people to house arrest.

"In light of COVID-19, as of March 20, offenders serving the custody portion of their intermittent sentences on weekends are on house arrest with their conditions closely monitored by community corrections," Alberta Justice spokesperson Katherine Thompson said in a statement.

"This measure will mitigate the amount of individuals entering and exiting provincial correctional and remand centres as part of helping to avoid the spread of virus."

In an interview, Milgaard said that many people in jails and prisons would want to help fight COVID-19 and could help in work programs to make personal protective equipment or build housing, for example. Both he and Pate have heard from family members who would appreciate having their loved ones home to help.

Pate also referred to Zinger's report, conducted with the Canadian Human Rights Commission, that detailed how many elderly and ill inmates could be released without threat to public safety.

"We only have to look at what has happened with the cruise ship experience to show us how bad it can happen and what mass quarantines can lead to," Pate said.

"Those are individuals who had separate quarters, had some ability to use hygiene products, and we saw how quickly that the COVID-19 virus spread in those environments.

"I think it would be disastrous if that happened in one or more prisons in this country."

The Canadian Civil Liberties Association also wrote a letter to the federal justice minister on Sunday to call for prisoners to be released using existing legal tools.

President Michael Bryant noted that conditional, compassionate and other discretionary releases could help alleviate overcrowding and reduce the potential spread of infection.

He also called on authorities to ensure incarceration conditions "adhere to humane standards."

With files from Janice Johnston