Thousands of Filipinos from Calgary and beyond are celebrating the arrival of a new grocery chain in the city that’s making tastes, treats and grocery staples from back home way more accessible. 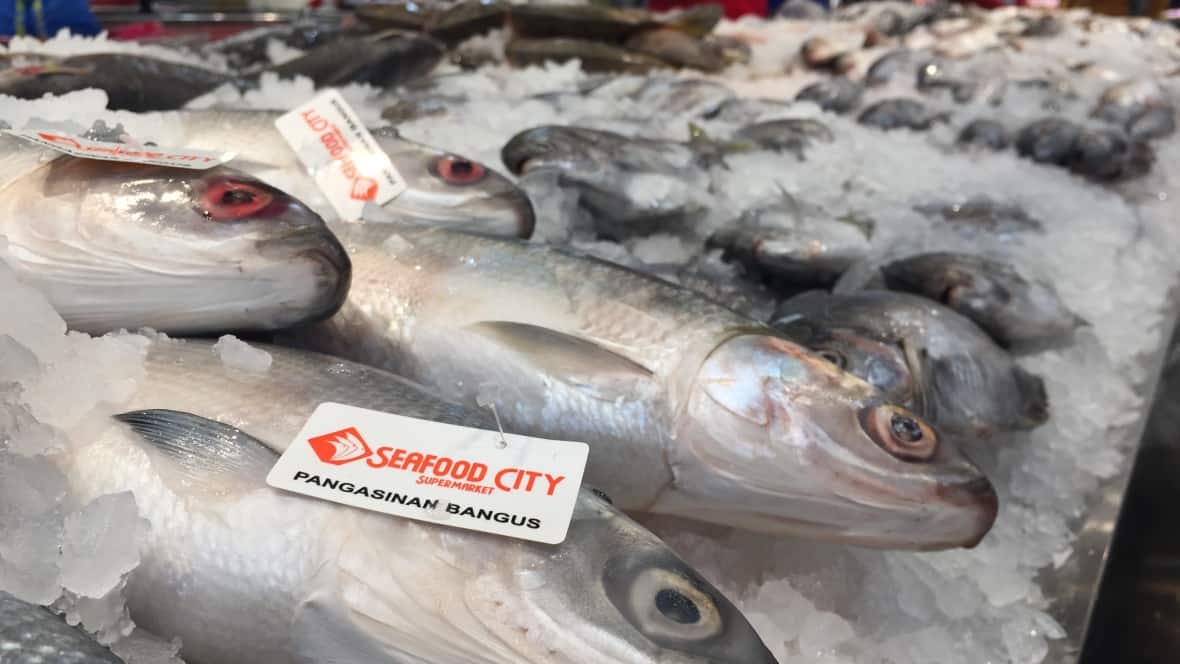 Thousands of Filipinos flock to new megastore in northeast Calgary

Thousands of Filipinos from Calgary and beyond are celebrating the arrival of a new grocery chain in the city that's making tastes, treats and grocery staples from back home way more accessible.

Seafood City is the latest international grocery store to open on Sunridge Way, joining the Lucky Supermarket across the road and other nearby stores providing Asian-sourced groceries for the city's Chinese, Japanese, Vietnamese, Filipino, Thai and Korean populations.

This is only the third Seafood City to open in Canada, after stores opened in Toronto and Winnipeg (and many others in the U.S.)

Hundreds of excited customers waited outside in the dark for the doors to open for the first time last Thursday.

Some had travelled from as far away as Saskatchewan to shop, while others rented a bus to make the trip from Edmonton.

"They drove six to eight hours and they were here outside at 6 a.m.," said Mildred Smith, VP of marketing with Seafood City of the customers from Saskatchewan.

"We did a livestream inside the store before it opened and it reached 78,000 people. I'm amazed because there are only about 75,000 Filipinos in Calgary," Smith said.

Smith says the buzz around the store opening has been huge and excitement has been building for days and even weeks.

"We have strong connections, sources and ingredients and cooked food that migrants miss from home."

That list includes fresh seafood like milkfish, big eye scad, octopus, Manila clams and and dry goods like snacks and soups, alongside popular Canadian brands. In the vegetable section there are fresh chayote, upo, patola and milk fruit.

'Nothing compares to home but this is the next best thing'

The store has also teamed up with local Filipino businesses, like the popular Pacific Hut restaurant and bakery in Forest Lawn, offering some of their Calgary-made products on its shelves; in their case Filipino breads and other baked goods.

"It's crazy. It feels like home," said Maria Collao, one of hundreds of excited shoppers browsing the packed aisles on opening day, which felt more like a party than a shopping trip.

"I went around looking for hard to find stuff here in Calgary that tastes like the Philippines. It's really good," she said.

"It's so hard to go back to the Philippines, it's so busy and you have to fly for a long time so having this kind of connection within the city is really good. Nothing compares to home but this is the next best thing."

Another big draw for customers are three in-house restaurants: Grill City, Crispy Town and Noodle Street, all selling authentic Filipino food, with hundreds patiently waiting in long lines to get a taste of some Filipino BBQ chicken and pork.

"This place reminds me of my home. Coming from the Philippines and emigrating to Canada it's like a second home," said Xandy Collao.

"It reminds of being a kid and going grocery shopping with my mom. You have all these treats right here like the chips and candies, all that stuff."

Collao said he expects the unique offerings will bring in curious Calgarians who may have never experienced Filipino-style shopping, with open fish markets and different cuts of meat on display, including whole pig heads and pork belly.

"It's not just the Filipino people, this is one of a kind and every time one of these stores comes, a lot of people go with it. I bought BBQ pork, pork chop, entrails and shrimp. All the crispy stuff, all the good stuff" said Collao.

The way the store is laid out is different than other Canadian grocery stores too. It features a open wet market with dozens of types of uncut fish and seafood laid out on beds of chipped ice for shoppers to see and touch up close, instead of being hidden behind glass.

"Customers, they walk in and say it's like home, like they travelled back home. I still get goosebumps by how warm the welcome is and by how happy they are. The culture is represented," said Smith.

As well as all the new groceries the store has brought around 200 jobs to the northeast of the city.