Ryan Straschnitzki has suffered through many dark moments this month. Just three weeks ago, he was a junior hockey player heading for playoffs. Now, he's reaching toward a tougher goal — learning to live with paralysis from the chest down.

'Just be tough, keep pushing through,' Alberta teen says his late coach would have told him

Ryan Straschnitzki has suffered through many dark moments this month.

Just three weeks ago, he was a junior hockey player heading for playoffs with the Humboldt Broncos. Now, he's on a tougher journey — learning to live with paralysis from the chest down.

The 19-year-old lost many of his teammates and his coach in the rural Saskatchewan crash on April 6 that killed 16 and injured him and 12 others.

But his courage and resilience shine through — staying strong in part by thinking of what his coach would tell him.

"Just be tough, keep pushing through," Straschnitzki said his coach, Darcy Haugan, would tell him.

"You were given a second chance, so take advantage of it." 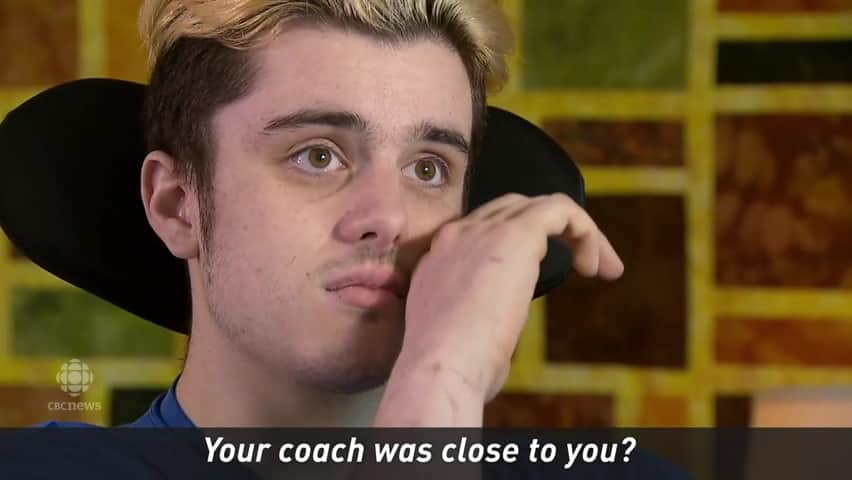 Ryan gets emotional remembering his coach

3 years ago
0:56
Humboldt Broncos coach Darcy Haugan was killed in the April 6 crash. 0:56

His voice catches as he speaks to CBC's The National from a room at Foothills Hospital in Calgary, where he was moved last week from Saskatoon to be closer to his family in nearby Airdrie.

"Keeping that mindset of, you know, you can do this. People are saying, 'Oh, he'll never walk again,' but just push through it," Straschnitzki said.

The teen remembers being on the bus carrying his team to playoffs in northeastern Saskatchewan, texting his girlfriend, when he heard the bus driver say, "Whoa!" 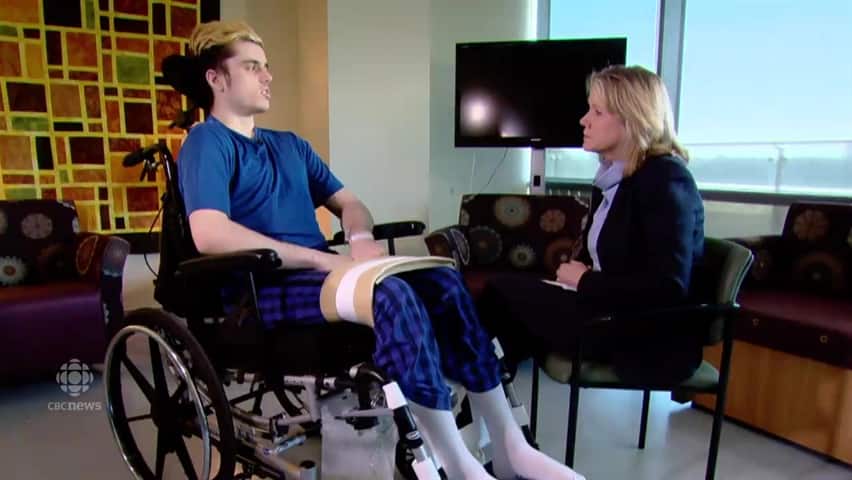 Ryan recalls the crash and waking up afterward

The next second the bus and a semi-trailer collided and he was catapulted onto the road. He broke his ribs and shoulder, punctured a lung, suffered internal head bleeding and injured his spinal cord.

Straschnitzki remembers waking up in pain, staring at the bus that had been cut in half.

"My teammates were sitting in front of me, like bloodied and whatnot, and my initial reaction was to get up and help, but I couldn't move," he said. "It was pretty tough. so I just, like, screamed for help." 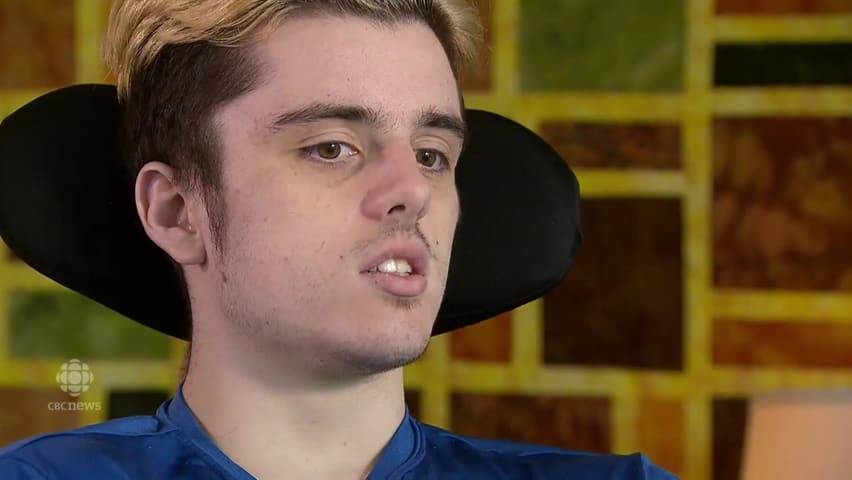 The hardest part for Ryan, post-crash

He was rushed to a Saskatoon hospital and went into surgery the next day. The medical treatment has repaired some of his injuries — but movement hasn't returned to his legs.

Only recently has he been strong enough to do exercises to develop his balance.

"I just set my goals. If I have to get into a wheelchair today, I just sit a bit longer than I did yesterday," he said.

"If I have to sit on the bed and practise keeping my balance, I'm going to do it longer each day."

He's also struggling to recover emotionally — especially after he was too injured to attend his friends' funerals.

"I'm doing this all for them," he said, tearing up at the memory of his teammates. "That's how I remember them, so they're always there."

His parents said it was the first time he's cried.

"Just maybe, you know, the possibility that things won't get better," he told the CBC's Susan Ormiston. "Just taking it day by day and keeping that mindset of, you know, I can do this and do it for them." 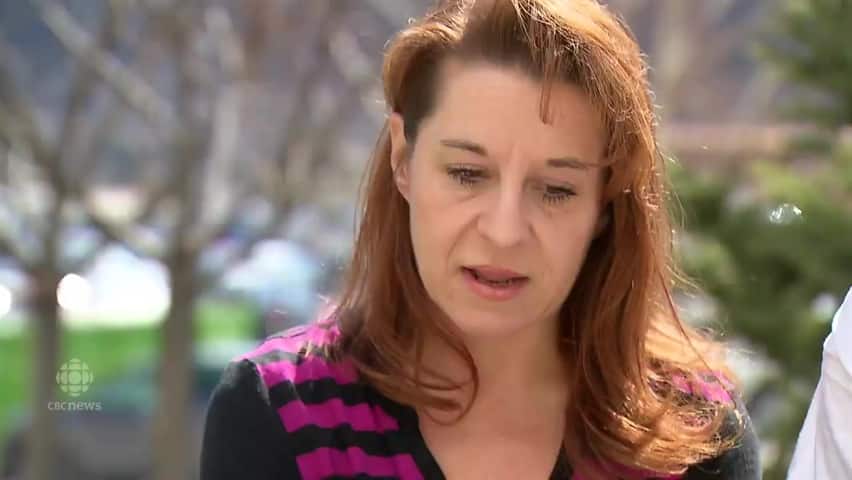 'That just about killed me,' says Ryan's mom, Michelle

3 years ago
0:38
Three days into the ICU, Ryan asked his mom a heartbreaking question. 0:38

His parents, Tom and Michelle Straschnitzki, have been glued to his side these past weeks, determined to keep their son on track and moving forward. They've juggled supporting their three other children while spending full days at the hospital.

They credit him with having a strong spirit despite the trauma.

One night when Ryan was in intensive care, Michelle Straschnitzki experienced one of her most heartbreaking moments.

"And that just about killed me, because I had no idea he was even thinking that. And I reassured him, I said, 'No, you're fine.' 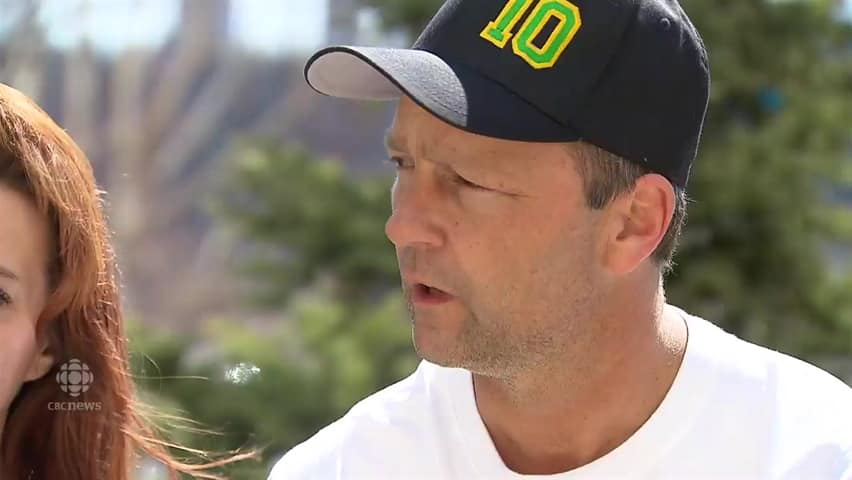 3 years ago
0:32
Tom Straschnitzki has been close by Ryan's side during his hospital stay. 0:32

She said her son was never particularly talkative, but he now sometimes gets quiet with his thoughts. She, her husband and their three other children try to stay positive for him and recognize when he needs support.

"I worry about Ryan, his mental health," Tom Straschnitzki said. "But I know he's pretty strong and he can get over it."

They've got plans to renovate their basement to make it accessible when Ryan goes home, which may be in August, hoping to build a bedroom for him in the basement so he can have his privacy.

The public has rallied to donate medical and accessibility equipment, labour for construction and more than $15 million to a fund for those affected by the crash.

And Straschnitzki's plans? Well, they still revolve around hockey.

"I just want to get back on the ice, whether it's sledge hockey or coaching or scouting…. I just love being on the ice, so any way I can do that is awesome."

With files from Susan Ormiston, Mia Sheldon and Tricia Lo