OPINION | Kenney threatens serious action on COVID. And this time, he says he means it

Kenney continues to play the role of exasperated parent in the driver’s seat telling the mischievous kids in the back seat to stop misbehaving or by golly he’s pulling the car over.

Alberta premier reluctant to follow other provinces into lockdown

This column is an opinion from Graham Thomson, an award-winning journalist who has covered Alberta politics for more than 30 years.

Premier Jason Kenney declared a public health emergency on Tuesday, with more COVID-related restrictions, but his underlying message remains the same to Albertans: please take personal responsibility or I'll be forced to take drastic action. And this time, I really mean it!

Kenney continues to play the role of exasperated parent in the driver's seat telling the mischievous kids in the back seat to stop misbehaving or by golly he's pulling the car over. In, um, three weeks.

Those restrictions are not the temporary, targeted lockdown being advocated by doctors, 341 of whom wrote a third letter to Kenney this week saying, among other things, "The continued rise in COVID-19 infections in Alberta is alarming. We are not on the brink of a health-care system disaster — we are already in it."

But Kenney is opposed to a lockdown, preferring instead to issue a list of new restrictions that apply to some but not others. For example, you must wear a mask in indoor workplaces in Calgary and Edmonton regions but not in rural Alberta.

Worshippers can still gather together with some restrictions, but not high school students, whose in-class learning will end Nov. 30 and not resume until Jan. 11.

Kenney has declared in-home social gatherings to be illegal, with scofflaws facing a $1,000 fine. He was unclear on how the government will enforce the law, other than trusting police officers to notice if there are more than the usual number of cars parked along a street, indicating someone on the block is having a party.

Also, you can't play darts or billiards in a pub, but you can have a drink with friends as long as they are either part of your household bubble or there aren't more than two of them.

Again, this is not a blanket restriction for the whole province but for those in the "enhanced" areas of the province. You have to consult a map on the province's website to figure out where those areas are.

While other provinces have shut down casinos, Alberta is only shutting down table games while leaving electronic games open. I guess if you want to hold a social gathering, do it in a casino.

The restrictions are so confusing, you literally need to print out a list of the new rules and a COVID map of "enhanced" areas of the province to figure out if any of the new rules apply to you, your workplace or your local retail outlets. 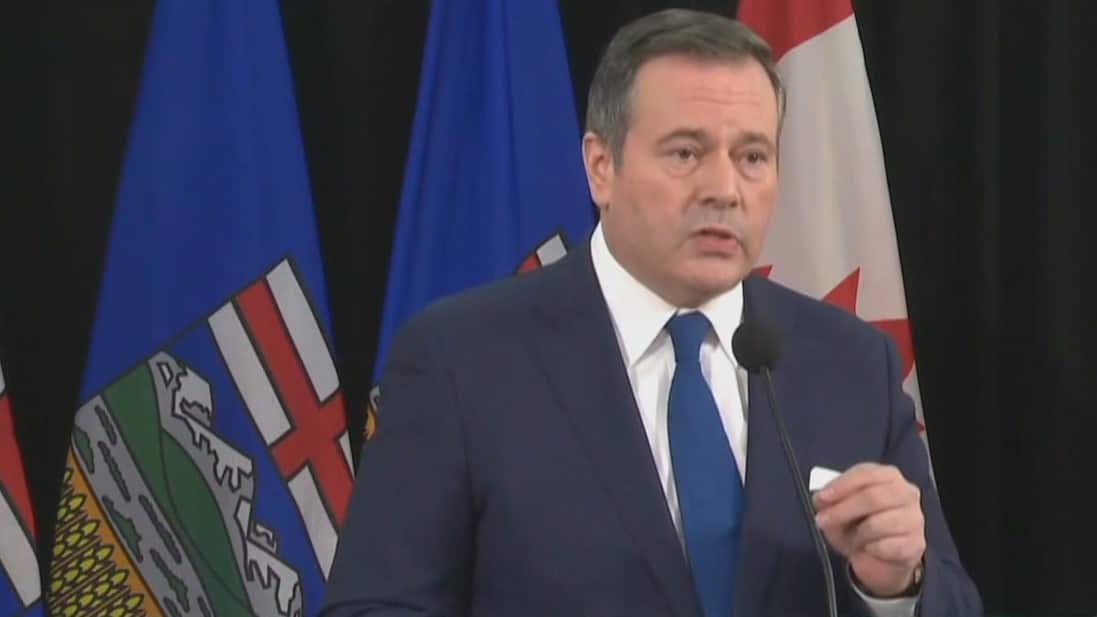 Kenney's reluctance to follow other provinces into lockdowns is not surprising.

Just a few weeks ago, he took a swipe at other areas of Canada that had imposed strong restrictions to flatten the COVID curve.

And just a few days ago, he said he would not let Alberta become a "police state."

Invoking a province-wide mandatory mask rule, as every other province has done, is not exactly turning the rest of Canada into a "police state."

Mandatory mask rules have demonstrated how other provinces are applying temporary sweeping restrictions to reduce COVID cases and save lives. But not in Alberta, even though last weekend the province had the highest daily case count in the country. That's including Ontario, which has more than three times Alberta's population.

Boxed into a corner

Kenney's previous libertarian comments have boxed him into a corner. If he invokes the same restrictions we're seeing in other provinces he, too, will be, by his own words, "indiscriminately violating people's rights and destroying livelihoods."

That's why he says he's bringing in the "minimum" requirements to fight COVID. He meant that in terms of the Charter of Rights, where it requires a "minimal impairment" of people's fundamental rights to achieve a policy goal.

However, when doctors call for a lockdown, they are not talking about denying people freedoms indefinitely, just long enough to flatten the curve and give everyone a chance to exercise the right to stay healthy and alive.

"We're not going to let political pressure or ideological approaches to cause indiscriminate damage to peoples' lives and livelihoods," said Kenney on Tuesday, even as his new restrictions seem to be based in his own ideological, hands-off, trust-people-to-take-personal-responsibility approach to public policy.

But you've got to hand it to Kenney for managing to sneak in a few subtle swipes at the doctors who are calling for a temporary lockdown.

"I would ask people who have the certainty of a paycheque, particularly a government paycheque, to think for a moment about those individuals whose entire life savings are tied up in businesses," he said.

But the doctors who are calling for a lockdown are warning us if we don't help ramp down the number of COVID cases now, everyone will be much worse off in the days to come and the government will be forced to apply massive restrictions in the future.

I suppose that's what Kenney is saying, too, in his own way. And, by golly, this time he means it.

This column is an opinion. For more information about our commentary section, please read our FAQ.