Calgary woman dies after being granted right to physician-assisted suicide

A Calgary woman in the final stages of ALS has died in Vancouver with the assistance of two doctors, after a court decision in Alberta allowed her to proceed with a physician-assisted death.

Right to die: 'We were grateful and honoured to be able to help her,' says doctor 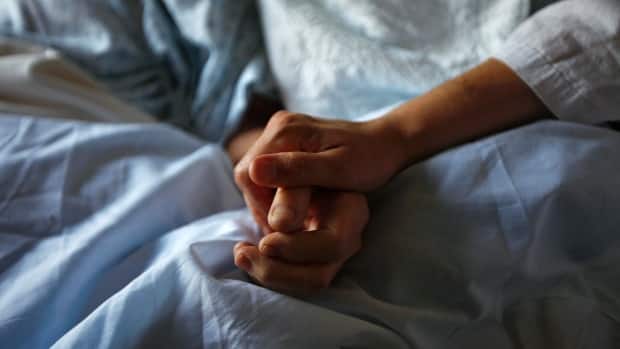 5 years ago
2:35
A Calgary woman has become the first person in Canada, outside of Quebec, to be given a judge's approval for a physician assisted death 2:35

A Calgary woman who received a legal exemption for doctor-assisted death has ended her life in Vancouver with the help of two physicians.

It is believed she is the first person in Canada outside of Quebec to be allowed to legally end her life with help from a doctor.

The woman, who cannot be identified because of a court-ordered publication ban, died with her family at her side.

"My colleague and I were grateful and honoured to be able to help her," Dr. W, a clinical professor at the University of British Columbia, said in an e-mail to The Canadian Press. The doctor also cannot be ID'd due to the publication ban.

I do not wish to have continued suffering and to die of this illness by choking. I feel that my time has come to go in peace.- Ms. S

The woman at the heart of the Calgary case was called Ms. S in order to protect her privacy. She was in constant pain, almost completely paralyzed and was told the disease would have killed her within about six months.

"I do not wish to have continued suffering and to die of this illness by choking," wrote Ms. S in one of her two affidavits. "I feel that my time has come to go in peace."

The Alberta judge found Ms. S had met the criteria as she is a competent adult with a "grievous and irremediable medical condition" that causes intolerable suffering that can't be alleviated and who clearly consents to the termination of life.

Consequences of the Supreme Court ruling on right to die

Under Canada's current law, it is still a crime to assist another person in ending their life but two recent decisions at the Supreme Court allow exemptions if certain criteria are met.

In January, the country's highest court granted the constitutional exemption to those who make an application in superior court and are found to have met the criteria until new legislation is crafted in June.

It's a precedent for other jurisdictions and for other patients who want to know how to go about seeking access in this interim period.- Medical ethicist Juliet  Guichon

"This is the first application of its kind in this province and no applications from other Canadian jurisdictions have been brought to my attention," Martin writes.

Quebec passed its own separate assisted dying law, which came into effect on Dec. 10, 2015. A Quebec City woman who died with the assistance of a doctor became the first known case in January.

There have since been about 20 other physician-assisted deaths in that province, according to Jean-Pierre Ménard, a Montreal-based lawyer specializing in patients' rights who helped write the Quebec law. He applauded the Alberta decision.

"It's a very important judgment and I think a very good judgment," he told CBC, "because there were fears that this process could be extremely complicated and the approach chosen by the judge in this case seems to be quite flexible."

Juliet Guichon, who teaches law and ethics at the University of Calgary, says the ruling will provide a way forward for others seeking the same legal treatment.

"It's a precedent for other jurisdictions and for other patients who want to know how to go about seeking access in this interim period," said Guichon.

A retired clinical psychologist, Ms. S worked in the health-care system in Calgary for 38 years. She was an avid hiker and an award-winning dancer.

She was diagnosed with ALS — a degenerative neurological disease — in April 2013.

"I am not suffering from anxiety or depression or fear of death," wrote Ms. S. in one of two affidavits. "I would like to pass away peacefully and am hoping to have physician-assisted death soon."

Evidence considered by Martin included Ms. S's two affidavits dated Feb. 16 and 23, 2016, as well as statements from her doctors, medical records and a letter from her best friend of 38 years.

Her only family was her spouse, who was her main caregiver. In her affidavit, she says their nine-year relationship has been the happiest time of her life.

"As I look back upon my life prior to this illness, which began three years ago, I feel happy, as I have had a very healthy, productive and fulfilled life."

News of the Alberta decision has provoked reaction from groups both for and against physician-assisted death.

Our concern is that there still needs to be protection for vulnerable persons.- Rhonda Wiebe , Council of Canadians with Disabilities

​Rhonda Wiebe, of the Council of Canadians with Disabilities, says that although there appears to be no coercion or abuse in this case, "it doesn't mean that having had this first incidence occur, that there aren't people who might be vulnerable who would also be requesting, or having someone request on their behalf, to have assistance in dying."

"Our concern is that there still needs to be protection for vulnerable persons," she said in an interview.

Shanaaz Gokool, the CEO of Dying with Dignity Canada, expressed sympathy for Ms. S and her family and said the decision puts a human face on the issue.

"The Alberta model can provide an expeditious and  a compassionate court process that other jurisdictions can look to until it becomes the law of the land," she said.

Quebec is the only province that has enacted end-of-life care legislation so far.

Following the Supreme Court's ruling on the right to physician-assisted death, the federal government has until June 6 to draft legislation.

On Monday, Alberta announced that three MLAs would gather input from the public on new guidelines for physician-assisted death.

Dr. David Swann, leader of the Alberta Liberal Party, will be part of that group. He called the issue "a major change in our healthcare system."

"I don't think many people will use it ... but for those who desperately want it, I think it should be available as the courts have ruled and we now need to sort out the details of how that can be most fairly and transparently done," he added.

The province is also discussing the issue with the College of Physicians and Surgeons and Alberta Health Services.