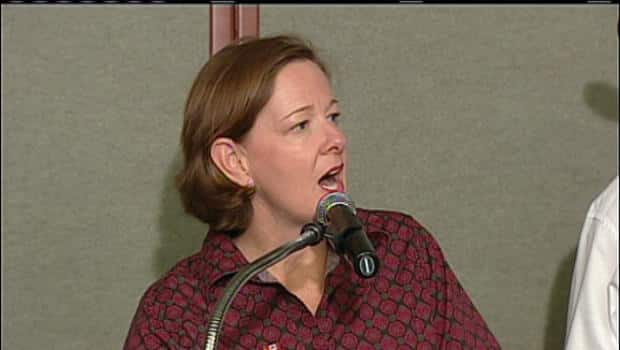 The recalls are centered around the Brooks, Alta. meat processing plant XL Foods. Alberta Health Services is investigating nine cases of E. coli contamination. Four cases have been linked to beef from XL, but it’s still unclear if the contamination originated at the plant or at metal meat tenderizing machines at grocery stores.

The Canadian Food Inspection Agency has expanded its recall again Sunday, now listing more than 300 products. Production at XL Foods has been suspended as the CFIA inspects products for the bacteria.

Alberta Premier Alison Redford was at a ranch Sunday with the message that Alberta beef is safe for consumers.

"We are very proud in this province that we grow and breed a high quality product that is marketed around the world," said Redford.

"It is produced to the highest standards possible and that it is a safe source of protein in Alberta, in Canada and around the world."

While the minster said that food safety is the top priority for everyone involved, he emphasized Alberta’s concern for beef producers.

"I know that there’s a lot of talk about what went wrong and who might have been at fault and obviously we have to go to great lengths to figure all of out and to analyze what did happen," said Olson on Saturday.

"But my immediate concern is getting that plant open, doing whatever needs to be done to get the plant open so that our producers can start delivering their product."

The affected products are contaminated with the O157:H7 strain of E. coli. The beef may not look or smell spoiled, but could cause life-threatening illnesses.

Symptoms include severe abdominal pain and bloody diarrhea. Some people may have seizures or strokes and some may need blood transfusions or kidney dialysis. In severe cases, there is a chance of death.