A Calgary woman learned too late that her realtor "misrepresented" the square footage of her home on MLS — it was 500 square feet smaller than advertised.

Patchwork of measurement 'guidelines' across Canada leads to complaints 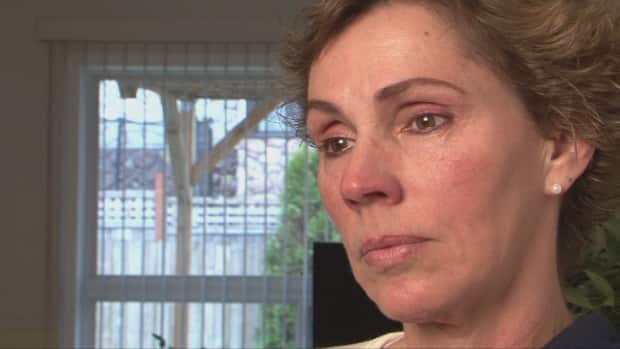 5 years ago
1:33
Calgary woman says she lost thousands but there is no plan to change the patchwork of measurement 'guidelines' across Canada 1:33

When Pam Whelan purchased her Calgary home in 2007, she thought it was ideal — a good location with acreage, nice layout and reasonably priced at $800,000 in a hot housing market.

She also thought the living space on the main floor totalled 2,500 square feet, but on that point she was wrong.

Whelan learned her home was much smaller when she was thinking about selling it five years later.

It turned out the listing realtor had changed the square footage, increasing it by 25 per cent, to 2,580 from 2,094 square feet.

Realtor Lori Clark had originally listed the property correctly, but that listing had expired.

"She relisted the house," says Whelan, "and the square footage got changed."

"I had invested a lot of money in the home," Whelan says.

"Had I been presented with the more accurate square footage, I could have made a more educated guess on whether or not I wanted to proceed in purchasing the home."

Whelan complained to the Real Estate Council of Alberta.

In documents obtained by CBC News, Clark says she had "no explanation as to how this transpired."

Contacted by phone, Clark told Go Public she would have to speak with her lawyer before discussing the matter. But she did not call back.

The Real Estate Council of Alberta (RECA) investigated and determined the square footage was "misrepresented." In a letter to Whelan, it also stated "there is no evidence to support this mistake was done intentionally."

Clark was given an advisory note.

"An advisory note in our world is not a sanction," says Charles Stevenson, RECA's director of professional standards.

"It's a circumstance in which there has been a minimum or no damage done to a consumer. Whether it's financial or otherwise."

But Whelan believes she took a financial hit. She says she did extensive upgrades, believing that would further increase the value of the house.

Whelan tried to seek compensation in court for her losses, which she estimated to be hundreds of thousands of dollars.

The appraisal report produced for her lawsuit valued the property at just $40,000 more than she had originally paid despite the upgrades to the home.

"I lost my retirement," Whelan says.

Disputes over square footage are being registered across Canada, in part because guidelines for measuring are a patchwork from province to province.

A Go Public investigation found that realtors have varying measurement guidelines that are open to interpretation.

Some include patios and balconies, while others include decks and condo parking spaces.

In Edmonton, misleading condo measurements have led to more than 1,000 complaints in the past two years.

Michael Reilly thought the Edmonton condo he bought was 1,004 square feet, but learned later it was actually 940 square feet.

"The realtor that sold me my condo inflated the square footage because perception matters," he says.

Reilly estimates he lost thousands of dollars when he went to sell because the condo was smaller, but lost in small claims court because of the fine print on the MLS listing, stating "this information may not be accurate."

RECA reprimanded Reilly's realtor, but says it's up to the buyer to ensure they're getting what they pay for.

"Caveat emptor is alive and well in all real estate markets in Canada," says Stevenson.

How buyers can protect themselves

He recommends buyers write down the square footage they're looking for, and email it to their realtors.

"Save these things. Make sure if you've expressed these concerns, that it's really clear to everybody what you wanted."

As for the fine print in most real estate contracts, Usher recommends crossing it out and spelling out what you're expecting.

"Strike out all those qualifiers and put specifically in the exact representation they're making," he says.

Another way to ensure you're getting what you pay for is to hire a professional measuring company, found in most major cities.

The company operates in B.C., Alberta, Saskatchewan and Ontario.

Long measures commercial, vacation and residential properties, and says while his equipment is technically accurate, he's not always using the same standards from project to project.

"It's not an exact science in that we don't have a guideline … rigidly upheld across the country," he says.

Long thinks the real estate industry should clarify the methodology for determining what living space people are actually getting.

The Canadian Real Estate Association (CREA), which represents realtors and brokers across the country, is working to develop national measurement standards for commercial buildings, there are no such plans for residential properties.

The CREA also owns and operates realtor.ca, an advertising website where all the MLS listings in Canada are posted.

"The rules and regulations for trading in real estate are different in each province … the industry is regulated provincially," says CREA spokesman Pierre Leduc.

Pam Whelan not only complained about the listing realtor, she filed a complaint with the Real Estate Council of Alberta against her own realtor, Larry Pritchard, saying it was his responsibility to ensure the square footage was accurate.

RECA put a letter of reprimand on Pritchard's file for not taking reasonable steps to verify the square footage for his client.

Whelan took both Clark and Pritchard to court, saying they caused her financial loss, but eventually dropped the lawsuit due to costs.

"I went as far as I could go," she says. "I exhausted every avenue that I could."

Whelan feels let down by a system that she says allows realtors to largely act with impunity for wrongdoing.

Her advice to future homebuyers?

"When you're buying a home — being the biggest investment of your life — just be very, very careful."