Two men who were having strokes were thrown into the drunk tank of the same RCMP detachment in Airdrie, Alta., in recent years. The second man died. But his life might have been saved if recommendations made to the Mounties in the aftermath of the first case had been acted upon.

Michael Mullock was having a stroke, with no alcohol or drugs in his system, when he died in a cell

The sisters of a man who died in RCMP custody say they want to remember their younger brother as a gentle guy who loved to joke around; not lying on the cold floor of an RCMP drunk tank, even though he had no drugs or alcohol in his system.

They say his life might have been saved if Mounties had acted on recommendations made in the aftermath of a similar case — at the same detachment in Airdrie, Alta. — years before.

Instead, those recommendations have languished on the desk of RCMP Commissioner Brenda Lucki for two years, kept from public view, while loved ones struggle to get answers about Michael Mullock's death.

Officers picked up Mullock outside a mall for public intoxication on May 24, 2019.

Hours later, when he started vomiting in the cell, paramedics were called in to assess him. But instead of taking the 50-year-old man to hospital, they decided he was "fit for incarceration" and left him there.

The RCMP says guards checked on Mullock every 15 minutes while he was in custody, per policy, until he was found "unresponsive."

He had been arrested near a car, but the RCMP says a breathalyzer test wasn't done because the car was parked and Mullock was standing outside. Officers say they saw empty medication and alcohol bottles inside.

But the coroner's report found no alcohol or drugs in Mullock's system. Instead, it found he died of a stroke.

"Something just does not sit right with this whole situation," Asselin said.

Mullock's other sister, Dawn Gallant, says the paramedics should also "have to take some responsibility for this."

"I think the protocol should be changed, if someone is vomiting while they're in that situation, just take them to the hospital," she said.

The RCMP says, across the country, a total of 11,325 complaints have been filed against it over the last five years. But it says it doesn't track how many of those involved in-custody deaths or serious injury.

Instead, it gave Go Public numbers on complaints that range from "neglect of duty" to "improper arrest."

Federal policing expert Darryl Davies says there is no incentive for the national police force to take responsibility or change the way it operates when things go wrong — because the system set up to hold police accountable is "pathetic."

"The RCMP like the system the way it is. It works for them, not for the victims," said Davies.

This has happened before, four years earlier.

In February, Go Public reported on how another man, Alan Ruel, was arrested for public intoxication in July 2015, even though he wasn't drunk.

RCMP surveillance cameras recorded the entire 18 hours Ruel was in custody, and how he went from being able to stand and walk around, to lying on the floor twitching and half paralyzed.

Gallant had no idea history had repeated itself until almost a year after her brother died, when she saw the Go Public story and the video of Ruel.

"When I saw Alan Ruel in that cell, I just pictured my brother there alone," she said. Gallant said she was "floored" by how similar the cases are.

She tried to get the RCMP to hand over the surveillance video of her brother, but was told it couldn't due to the Privacy Act.

The sisters say investigators have kept the family in the dark — despite their repeated attempts to get answers.

WATCH | Disturbing video of Alan Ruel in the RCMP lockup: 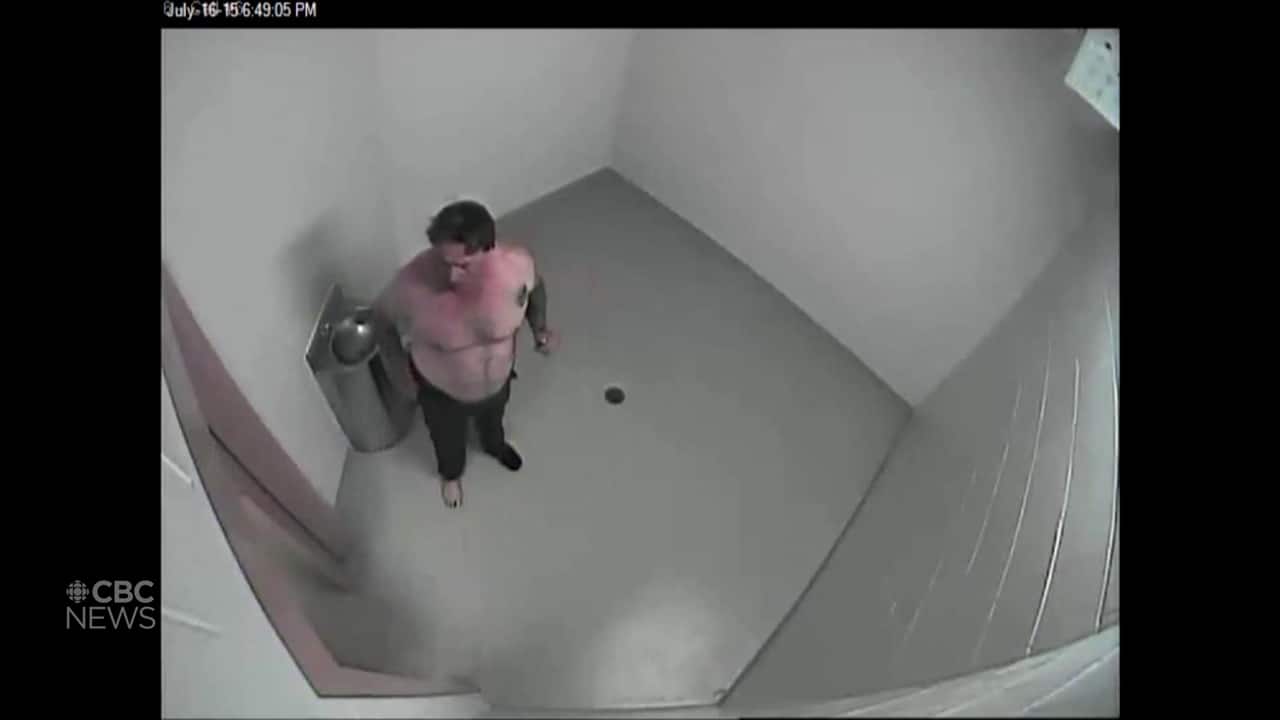 10 months agoVideo
2:00
DISTURBING VIDEO: Key moments from Ruel's time in a jail cell that show, according to the lawsuit, the Alberta man was virtually ignored by police while having a stroke. 2:00

Go Public asked the Alberta RCMP for a copy of its internal investigation into Mullock's death, which found no one was at fault, but spokesperson Fraser Logan said, generally, findings are only made public when "criminal charges are being laid."

The RCMP says paramedics were interviewed as part of its investigation, but only to confirm dates, timings and duration of their calls to the detachment the day Mullock died.

Alberta Health Services wouldn't answer Go Public's questions about why the paramedics left Mullock in the cell instead of taking him to hospital, also citing privacy rules.

A nagging question for the family is — could all this have been avoided? After Ruel's stroke but before Mullock's, the RCMP's civilian watchdog made recommendations to the force that could have changed how such situations are handled.

But after more than two years, the RCMP commissioner has yet to respond. Until she does, the report remains confidential.

An RCMP spokesperson in Ottawa told Go Public the "response has been prioritized," and that the commissioner will provide "a thorough and well-founded response … as soon as feasible."

The RCMP is also locked in a civil suit with Ruel. His mind is still unclear after his ordeal, and he has limited mobility on the left side of his body.

"They [the RCMP] should have learned from my case," Ruel said.

The RCMP says his lawsuit has nothing to do with its delay responding to the report from the Civilian Review and Complaints Commission (CRCC) and that the two are "separate and distinct processes."

According to the CRCC there are 149 reports about complaints against the RCMP that are waiting for a response from the force. One report has remained unanswered for three and a half years.

The commission and the RCMP agreed in December that the force would respond to the reports within six months.

But since then, the RCMP has missed the deadline 19 times.

The problem, says Davies, a professor with the sociology department at Carleton University in Ottawa, is that there is no legal requirement to respond to complaints by a certain deadline.

Instead, the Royal Canadian Mounted Police Act says it needs to respond as "soon as feasible."

They also don't have to accept the CRCC's findings, nor its recommendations.

"They have absolutely no impact on the RCMP. They change nothing unless the RCMP agrees with them. Those recommendations should be mandatory by law."

However, according to the RCMP, over the past year, the commissioner has accepted about 76 per cent of the CRCC's recommendations and 85 per cent of its findings against the force.

The federal government is talking about taking action, but hasn't offered a timeline or commitment.

"I am prepared, if it's necessary, to make legislative and regulatory changes to ensure that that happens," Public Safety Minister Bill Blair told Go Public.

"Families should not have to wait for very long periods of time, even as long as years to the resolution of the complaints process. So we'll make sure that the rules are in place."

As for the two families who share a very similar story, both continue to wait for answers.

Ruel's lawsuit is now into its third year. In court documents, the RCMP deny there were "obvious signs" he was in medical distress.

Asselin and Gallant say they'll continue to press the RCMP for answers.

"That's just not fair to the people that are waiting for these answers. It's almost like torture, we just want to understand what happened to our loved one," Asselin said.

"I understand that their [RCMP's] job is not easy, but people are reaching out and giving them ideas and suggestions that could help… listen to them. That's the frustrating part." 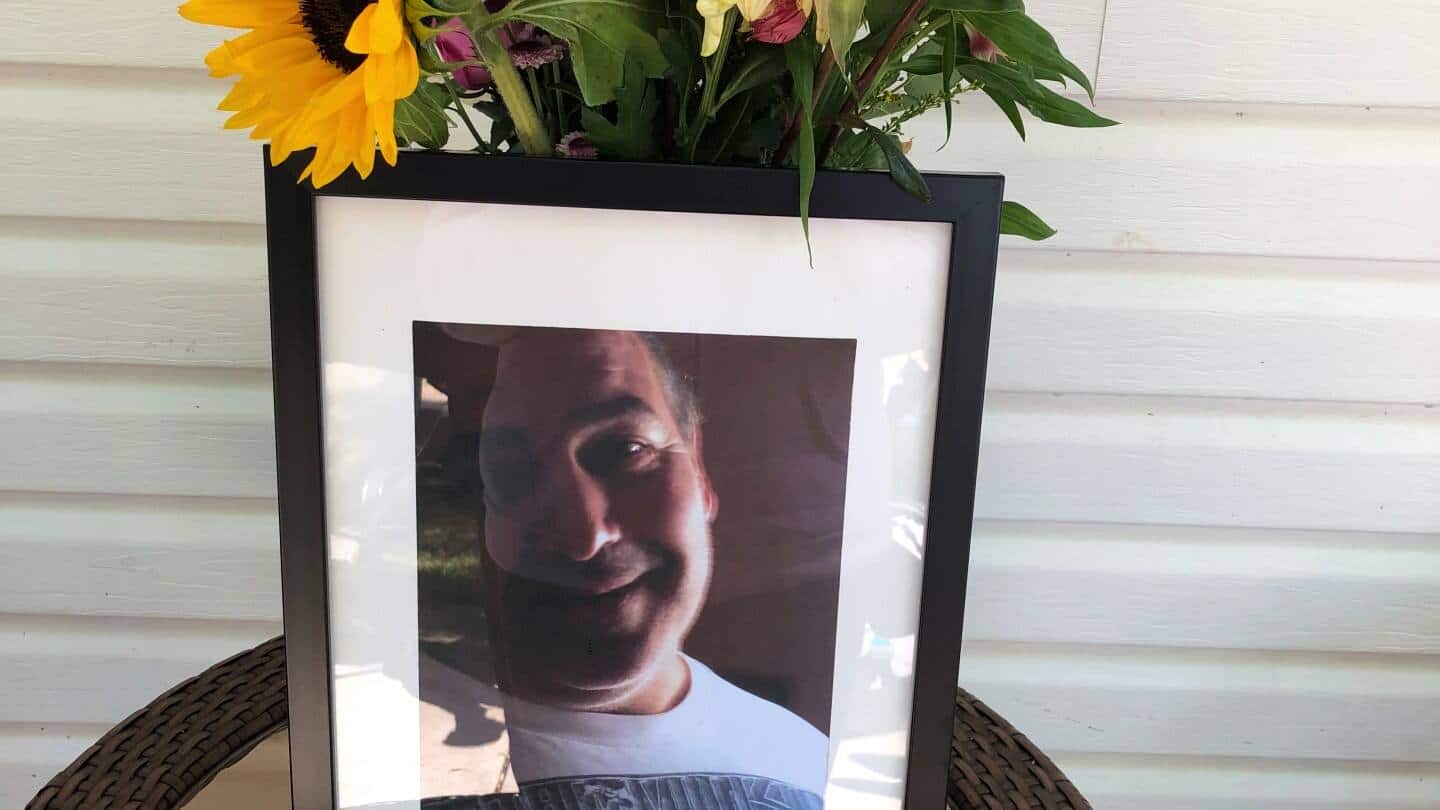 Could Alberta man's death in RCMP drunk tank have been prevented?

1 month agoVideo
2:07
The sisters of an Airdrie, Alta., man who died of a stroke after being placed in a drunk tank at the local RCMP detachment say his life might have been saved had the RCMP heeded the recommendations from an investigation into a similar case at the same detachment two years earlier. 2:07