Calgary police Chief Rick Hanson estimates there could be up to 30 Calgarians who have been radicalized and gone overseas to fight for different causes.

Dozens could be fighting overseas, and some have already come home, says Calgary police chief 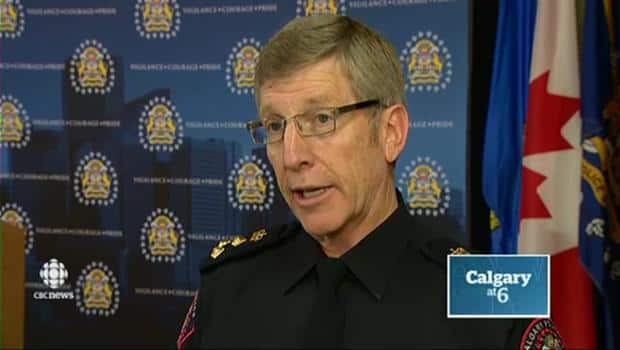 7 years ago
2:43
Calgary police Chief Rick Hanson estimates there could be up to 30 Calgarians who have been radicalized and gone overseas to fight for different causes. 2:43

Police Chief Rick Hanson estimates there could be up to 30 Calgarians who have been radicalized and gone overseas to fight for different causes.

Earlier this week, CBC News reported on the discovery that a former Southern Alberta Institute of Technology (SAIT) student Farah Mohamed Shirdon is fighting overseas with the Islamic State of Iraq and Syria, or ISIS.

The man, who is in his early 20s, appeared in a video for the group that was released two months ago.

Hanson says that in an unstable world, neither Canada nor Calgary is immune to radicalization. Hanson said it's a major concern and Calgary police are monitoring the situation.

“If anybody thinks that it's not going to transition into Canada, or it's not here in Canada, that the risk is not escalating in Canada, they're just clinging by their fingertips to the idea that somehow Canada is special and unique and doesn't face these risks like the entire rest of the world, and I’m here to tell you — we're not that special. It is a risk.”

Hanson said that dozens of Calgarians have left to fight in other countries,

“The numbers are higher than what most people think, and what I’ve been told, and it could be subject to change, is it could be between 20 and 30.”

Some of those jihadists have already come home, he said.

Michael Zekulin, a University of Calgary professor who specializes in research on radicalization, said that is a concern.

“These individuals who go abroad, they fight and then they come back and in that context they will provide a more potent form of recruiting because they know the communities, they know the people."

Just because Calgary is a current hot spot for recruiting jihadis, it may not last, Zekulin said, pointing to how it's been a passing occurrence in other cities.