West of Centre had Alberta energy experts weigh in on what the transition could look like for the province that still ranks traditional oil and gas as its No. 1 industry.

Alberta has been a major energy producer for decades but what will the future of energy in the province look like?

Solar, wind, nuclear and hydrogen — these are set to be the core pillars of energy diversification efforts in Alberta.

West of Centre had Alberta energy experts weigh in on what the transition could look like for the province that still ranks traditional oil and gas as its No. 1 industry.

Guest host Jim Brown talked to Jennifer Winter, University of Calgary economics professor and scientific director of the energy and environmental policy research division at The School of Public Policy, Emma Graney, an energy reporter from the Globe and Mail, and Sara Hastings-Simon, a University of Calgary assistant professor who researches sustainable energy development. 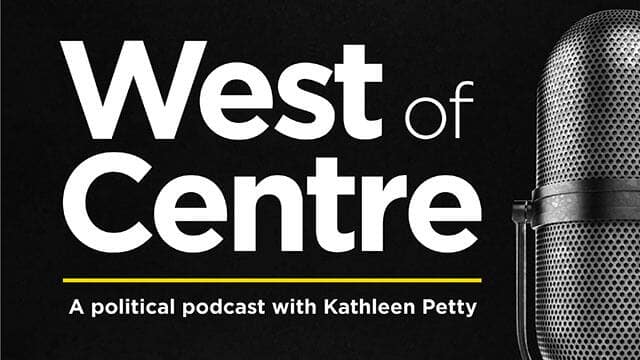 West of Centre48:41Diving into diversification

The following interview has been edited for clarity and length.

Question: What do you think 2022 is going to bring when it comes to this discussion of clean energy and diversification?

Hastings-Simon: I think we're going to see a lot of things happening and continue to happen as far as faster adoption of electric vehicles, more corporate procurement, renewable energy contracts being signed.

Hopefully people are going to acknowledge that this transition is really happening and there's going to be more discussion about how Alberta can best adapt to it and what we need to be doing in the face of all this change.

Winter: We're starting 2022 with another pretty severe wave of COVID fueled by Omicron. Part of me wonders if all our attention, like the past two years, is just really going to be sucked up by more COVID and other policy issues will just be on the back burner as we try and cope.

Graney: COVID makes everything so unpredictable. We saw that in 2020, we saw that in even last year, although oil prices did rise. It was just this undercurrent of what on earth is going to happen next week.

Power purchase agreements between corporate and renewables, I can see that becoming an even greater trend. It certainly made its way into the Alberta economy and down in southern Alberta. The carbon capture tax credit, I think, is definitely something that we're going to have to keep our eye on and something I'm expecting to influence the energy playing field in 2022.

Q: It seems to me that every leader is trying to get us to net zero while keeping our economy rolling and keeping costs down for consumers. How is it possible to be all things to all people?

Hastings-Simon: The reality of what we're facing as an oil producing province is going to start to become more stark. Every transition pathway to net zero future shows a significant decline in the consumption of oil in the relatively near term.

Making changes to the built environment is going to go a lot more slowly. But I think we've become all too familiar with exponential growth from the pandemic. We're starting to see that happening in the electric vehicle market. When you talk about what policymakers have to do to keep the economy rolling and keep people employed, it's becoming increasingly important that they acknowledge the pace of the transition that is there in some of those faster sectors.

Q: What does the province need to do to avoid leaving tens of thousands of jobs and tens of billions of dollars in revenue on the table?

Winter: First and foremost, create a good business environment that means that we can attract investment to Alberta that involves policy certainty. Long term signals about policies remaining in place, like emissions pricing, like support for innovation, that sort of thing. I think the other part of it is that governments can focus on transitional support for workers, potentially for businesses, so economic transition or business diversification is less scary.

Q: We haven't really talked a lot about carbon capture technology, but that's obviously something else the provincial government is investing in. Is this going to be enough? Are we capturing the urgency of the moment?

Graney: Whether that captures the urgency of the situation — I'm kind of on the fence. A lot of energy companies out there have already made significant investments in carbon capture. I think that there is an acceptance that this is something that needs to be done. I do think that you see governments, particularly here in Alberta, in Saskatchewan as well, very enthusiastic about the carbon capture tax credit, whether or not they'll come to the table with something of their own remains to be seen.

Hastings-Simon: I don't think we have, as a province. If the industry is going to get a tax credit for carbon capture in Canada, does that mean that they are going to still own the environmental attributes?  The big difference between Canada and the U.S. is that we have a carbon price and one that's rising to $170 a tonne. That's a really significant source of funding for carbon capture. You know, as that price rises, of course, the critique is that's not certain. And you need some additional incentive today. And there's other policy tools that one could use then to to provide that price certainty. If the funding is coming in today, then it's not clear to me why the public shouldn't own that environmental attribute into the future when it comes to carbon capture and what role it's going to play in the energy system.

Winter: So what really irks me is that when we think about carbon capture immediately think of oil and gas and the oil sands. And I think the reality is it has applications that are much broader and much more important than people realize.

It is a potential technology that has much broader applications, and it's also one of the economic opportunities for Alberta and for Canada.