American politicians' environmental objectives are threatening the future of Line 5, making it the latest project in the spotlight during ongoing discussions about North American energy co-operation.

Experts say Canada has lessons to learn from Line 5 about dealing with the U.S. on energy projects

The cancellation of the Keystone XL pipeline by U.S. President Joe Biden brought energy issues and cross-border pipelines to the forefront of Canada-U.S. relations — attention that is now fixed on Enbridge's Line 5.

Line 5 transports oil and natural gas liquids from Western Canada through the U.S. to refineries in Ontario and Quebec. Enbridge is working to replace a segment of the 68-year-old pipe that run 7.2 kilometres under the Straits of Mackinac, which connects Lake Huron and Lake Michigan.

The 1,038-kilometre project, built in 1953, travels from northwestern Wisconsin, across the upper peninsula of Michigan, under the Strait of Mackinac and down through the lower peninsula before crossing back up into Canada, terminating in Sarnia, Ont.

American politicians' environmental objectives are threatening the future of Line 5, making it the latest project in the spotlight during ongoing discussions about North American energy co-operation.

In November, Michigan Governor Gretchen Whitmer moved to revoke the 1953 permit that allows the crossing under the straits. She gave notice that Enbridge must shut down the pipeline by May 2021, arguing the project presents an "unreasonable risk" of environmental damage to the Great Lakes.

Enbridge has said there is no credible basis to revoke the easement and there have never been any spills in the straits.

At the end of January, Michigan environmental regulators approved several permits Enbridge needs to build a $500-million tunnel to house the pipeline. That project was given the green light by then-Governor Rick Snyder in 2018. The regulator said the proposed tunneling would have minimal impact on water quality in the Great Lakes. However, the company still needs other federal and state approvals before proceeding. The tunnel is scheduled for completion in 2024.

Experts say while Line 5 isn't a make-or-break project for western oil and gas, the pipeline's precarious future symbolizes the current state of Canada-U.S. energy relations, instability for investors and the potential issues for oil and gas supply within Canada.

Potential problems for Ontario and Quebec

Line 5 delivers a critical piece of Ontario's crude oil supply and, via Line 9, about 66 per cent of crude consumed in Quebec. Plus, it feeds 55 per cent of Michigan's propane supply. Line 5 carries 540,000 barrels of light crude and natural gas liquids per day.

The Canadian Chamber of Commerce has warned there would be significant disruption to fuel supplies in Ontario and Quebec if Line 5 gets shut down.

"Any kind of inkling of changes to that Line 5 arrangement has severe implications, not just for trade but for supply of fuel," said Warren Mabee, a Canada Research Chair and director of the Queen's Institute for Energy and Environmental Policy.

When Keystone was cancelled, Alberta Premier Jason Kenney expressed concern this would set a precedent for other cross-border pipelines.

"The same political forces that succeeded … in obtaining this retroactive veto are seeking now to kill other critical pipelines," Kenney said in January.

The fear of U.S. protectionist policies also dominated the call between the prime minister and the premiers after the inauguration.

Ontario Premier Doug Ford has written to Whitmer saying the shutdown would threaten 1,000 unionized jobs in the United States and would result in a fuel shortage. The province says 4,900 direct jobs in Sarnia would also be at risk. It's estimated that thousands more indirect jobs would also be on the chopping block.

In November, Kenney said the death of Line 5 would be "devastating" for Canada, telling the Roy Green Show that anyone who wants to cut off Alberta's oil and gas exports would have to be "brain dead." Whitmer took legal action to shut down the pipeline less than a week later.

Alberta officials are continuing to press Canadian and U.S. officials on the importance of projects like Line 5.

Beyond immediate troubles for provincial economies, the deadly blow to Keystone XL and now the battle over what happens to Line 5 signals a difficult time for cross-border energy projects.

"What that really speaks to is the lack of any kind of common strategy or common goal between our governments," Mabee said.

Experts say the move away from pipelines is showing that the U.S. doesn't need Canadian energy the way it did 30 years ago.

"It speaks to a much broader discussion necessary between Canada and the United States about our North American energy security. It isn't just going to go away," said Kelly Ogle, the president of the Canadian Global Affairs Institute.

Oil and gas companies are making contingency plans in case Line 5 is shut down. Imperial Oil says its planning to get crude to refineries using ships, railcars or other pipelines. Suncor says it would rely on its other pipeline to feed Quebec refineries. While both companies say there's a low probability of shutdown, they're preparing.

And that preparation has the Official Opposition raising the issue in Parliament.

Conservative Leader Erin O'Toole is urging the prime minister to speak to Biden about the pipeline.

The federal government has said the pipeline is essential and that federal officials are engaging their American counterparts on the topic.

"Line 5 is a vital source of fuel for homes and businesses on both sides of the border. That is something we have argued strongly and will continue to argue strongly with members of the U.S. administration," Prime Minister Justin Trudeau said. 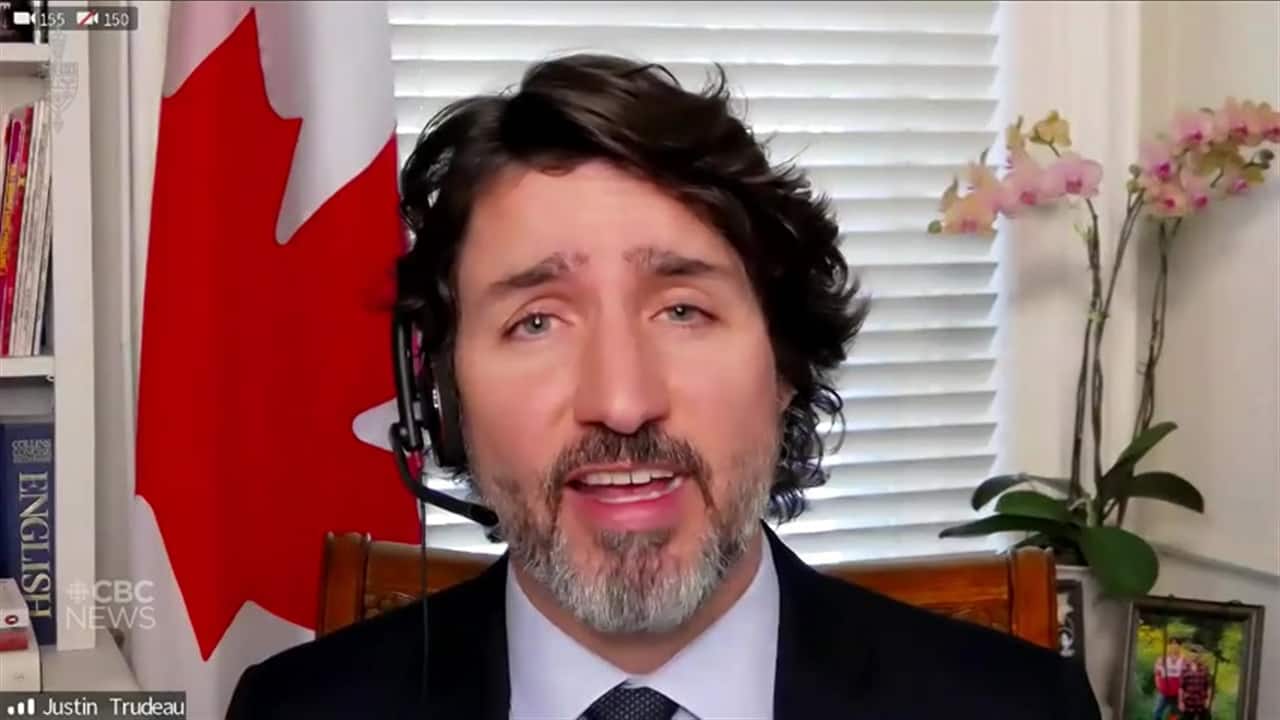 "What we're seeing is not just the cancellation of projects like Keystone — which was really just designed to get Canadian oil into the American market — but now discussions about projects that just kind of bridge through the U.S. and that's worrisome for us."

And Ogle says it's time to put some political capital behind the words.

"This requires political will at the federal level to get Biden to pressure Whitmer to back off of this issue," Ogle said.

Whitmer was also the co-chair of Biden's campaign committee.

While current decisions about Line 5 don't directly involve Biden, the president could speak with Whitmer on its behalf.

Pipeline opponents and environmental groups have been motivated by the quashing of Keystone XL, and opposition is mounting against another project: the replacement of Line 3 (which starts in Alberta and feeds Line 5 via a terminal in Superior, Wis.).  Advocates are pushing for Biden to rescind Line 3's water permits and publicly support Whitmer's action against Line 5.

Ogle said the political threats to Canada-U.S. pipelines show how important it is to complete the Trans Mountain pipeline through British Columbia.

Beyond policy implications, the survival or demise of Line 5 will send a message about the risks associated with investing in Canadian energy projects.

"We've slipped dramatically in the international descriptors of places to invest. It's clear that money is fungible. It's liquid. It doesn't care what the jurisdiction is. It just wants certainty," Ogle said.

The Alberta Energy Regulator says Canadian oil is forecast to hit about $60 Cdn a barrel in 2021, recovering from historic lows in 2020,

Ogle says Western Canadian oil will still have a market without Line 5, but Ontario and Quebec would be in trouble.

Enbridge recently launched a campaign to protect Line 5, asking people to reach out to their local representatives and members of Parliament to raise the issue.

"We've been talking to people and mobilizing folks in Michigan. We've been also working at both the U.S. and the Canadian federal level," said Mike Fernandez, the senior vice-president of communications with Enbridge.

Ogle says existing agreements on energy infrastructure signed in the 1970s should protect Line 5. Enbridge is counting on that and trying to prove the pipeline is in line with American national interests — positions they're arguing in U.S. federal court.

"We've got multiple levers that we're trying to move, one at the state level, one at the federal level and one at the international level," Fernandez said.

The two experts said a major takeaway from the hurdles facing Line 5 is the need for provinces and the federal government to re-evaluate their strategy and present a united front to the new U.S. administration on energy issues.

"There has to be a Made in Canada, Team Canada approach to this," Ogle said.