A Calgary bus driver is accusing the city's transit service of trying to silence him with false accusations about his conduct, after he spoke out against the pride bus. 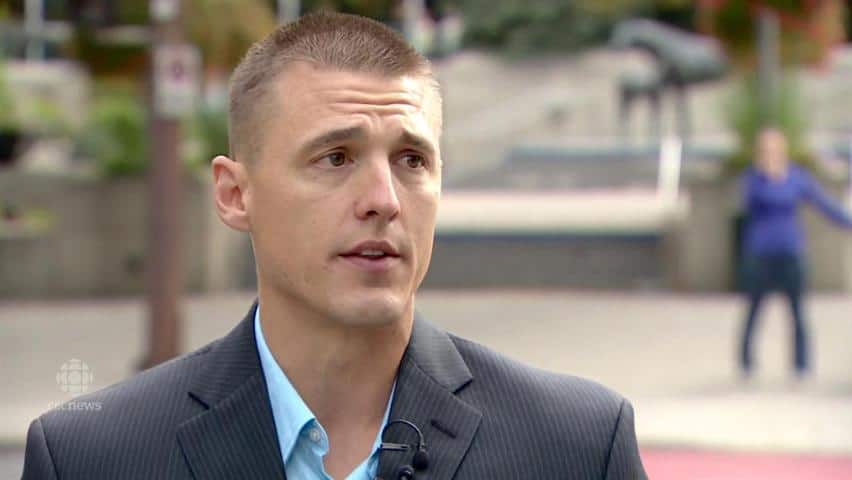 A Calgary bus driver is accusing the city's transit service of trying to silence him with false accusations about his conduct, after he spoke out against the pride bus.

"I totally feel absolutely threatened, but I'm sick of dodging and ducking this issue," said Jesse Rau, as he stood with his wife and pastor in front of Calgary City Hall on Monday.

Last week, Rau said he would quit his job if forced to drive the rainbow-coloured transit bus, because his Christian beliefs don't support homosexuality.

On Monday, he said he was notified that a complaint had been filed against him over the weekend. It said he was texting and driving — an immediate firing offense for a transit driver.

"It's an absolutely false accusation," he said. "My suspicion would be that someone who is a part of Calgary Transit, [someone] in power, that is upset about [me] raining on this parade, would like to sabotage me," he said.

Video surveillance would support his innocence, he added.

Meanwhile, Rau said he was standing up for others within the workplace who were too scared to speak out for fear of losing their jobs.

"I'm willing to sacrifice and suffer to stand up for what's right," he said. He added that he loves his job as a Calgary Transit driver and has no issue with the vast majority of people who work there.

Calgary Transit is not commenting on Rau's fate, calling the story a "non-issue."

"I asked some younger people in my office what they thought about this today ... it's a non-issue," said City Manager Jeff Fielding.

Fielding says the rainbow bus is running on Route 2, from today until Sept. 7, when the Pride Parade will be held. 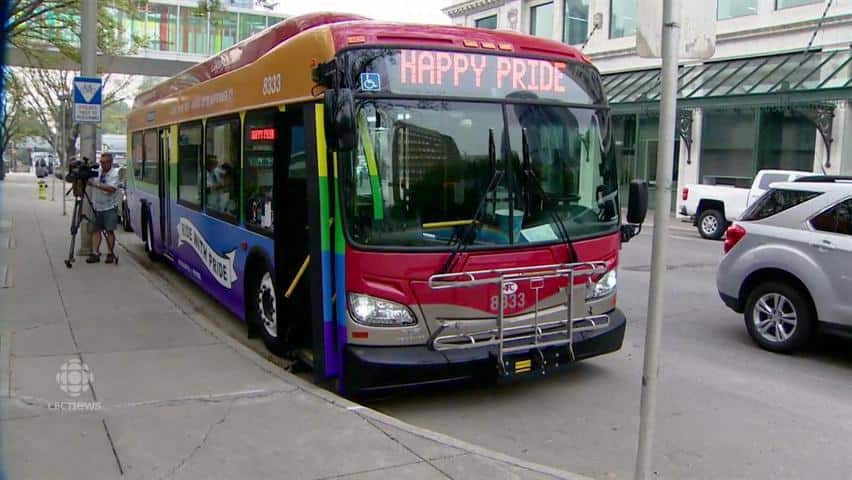 5 years ago
1:04
See the first and only rainbow bus of Calgary. It will be on different transit routes during pride. 1:04

With files from the CBC's Falice Chin