Seventeen months after the NDP turfed the long-ruling Tories, Albertan voters appear ready for them to make a comeback, according to a new poll. 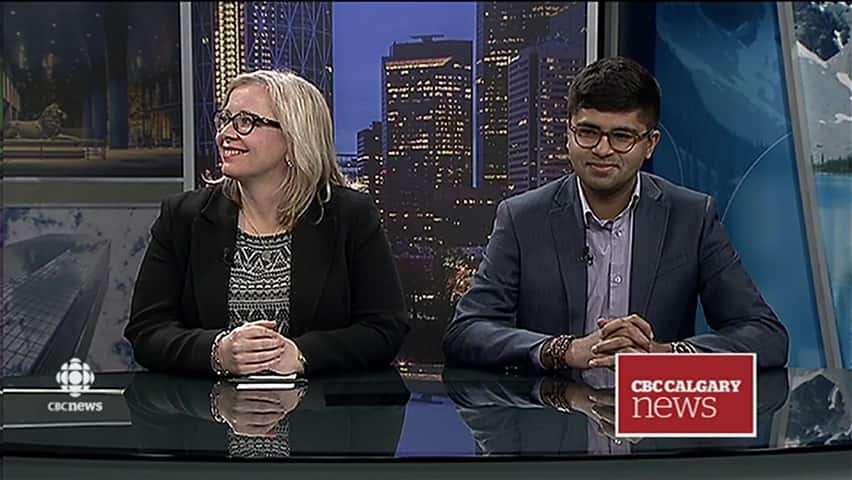 Seventeen months after the NDP turfed the long-ruling Tories, Alberta voters appear ready for them to make a comeback, according to a new poll.

In the May, 2015 provincial election, the Progressive Conservatives lost all but 10 of their seats in the legislature and won just 27.8 per cent of the vote.

But support for the PCs has now bounced back to 38.4 per cent, according to a new poll conducted by the Citizen Society Research Lab at Lethbridge College.

The Wildrose Party is in second place with 25.7 per cent and Rachel Notley's governing NDP is in third place with 19.7 per cent, the poll suggests.

"The PC resurgence can be attributed to a number of factors, including the fact that the PC brand remains strong and its leadership campaign has so far generated more positive than negative commentary," said research chair Faron Ellis says in the study for the poll.

The provincial Liberals have rebounded somewhat from the 2015 election but still trail the three major parties, at 9.4 per cent, while the Alberta Party sits at 3.5 per cent.

Party support by region and Alberta-wide:

A full two-thirds — 66.2 per cent — of Albertans would like to see the PCs join forces with the Wildrose Party to create a unified conservative option, according to the poll detailed in Alberta Provincial Politics - Vote Intention and Unite the Right.

"Interestingly, although much of the unite-the-right discussion is being led by PC leadership candidate Jason Kenny, it is Wildrose supporters who are most strongly in favor of a united conservative party, with nearly half (45.2%) of all Wildrose voters strongly supportive and a further one-third (36.6%) somewhat supportive," the pollsters said in a release.

"Clearly this level of support for the concept of a united conservative party option should give both Wildrose and the PCs pause for reflection, while bolstering the unity argument within the ongoing PC leadership contest."

The level of support among Progressive Conservatives for uniting the right seems almost as strong, though: 33.6 per cent said they strongly supported it and 45.6 per cent were somewhat supportive, according to the poll.

Pollster Janet Brown says support for the NDP has dropped by about 50 per cent since the last election.

"My own polling is showing a much closer race between the Wildrose and the PCs with the Wildrose out a little bit ahead and some of the other polling I have seen is very similar. Where this poll does align with my own polling and some other polling that I have seen, is the NDP support number. Everybody has got them at about 19 per cent," Brown told CBC Calgary News at 6.

Political strategist Zain Velji said don't count the NDP out just yet as there is still time to turn it around.

"Alberta has gotten more progressive in a sense with net migration in, with the demographics changing, there is a progressive bend to this province that has exposed itself in municipal and provincial elections in the past," Velji said.

"I would be cautiously optimistic if I am the PCs reading these numbers right now because they are super, super high without having the fundraising and the infrastructure to back it."

Wildrose has 'not capitalized' on opportunities

Support for the PCs appears to have regained lost ground in all parts of the province, with the party leading in Calgary at 41.4 per cent, in Edmonton at 36.2 per cent, in the north at 37.7 per cent and in the south at 38.1 per cent, the poll says.

At 25.7 per cent, the Wildrose Party's second place showing in the poll is only slightly higher than its 2015 election tally of 24.2 per cent.

"PCs' fortunes have clearly been bolstered because Wildrose has not capitalized on opportunities to expand its support base beyond the core it maintained in the 2015 election," the pollster said.

"The party has had too many recent incidents that have reinforced preexisting negatives or provided voters with new evidence that it is incapable of or unwilling to broaden its appeal and thereby become viewed as a possible government."

As for the NDP, the honeymoon has ended and the party's stores of political capital are low, the pollster say.

"Two and half years before a general election is an eternity, leaving plenty of time for any of the major parties to reverse their present course. But at this juncture, the concept of a reconfigured PC party has momentum and the attention Alberta voters."