Proponents say a petition calling on the federal government to do more to support the energy industry has the most signatures of any online petition ever tabled in the House of Commons. 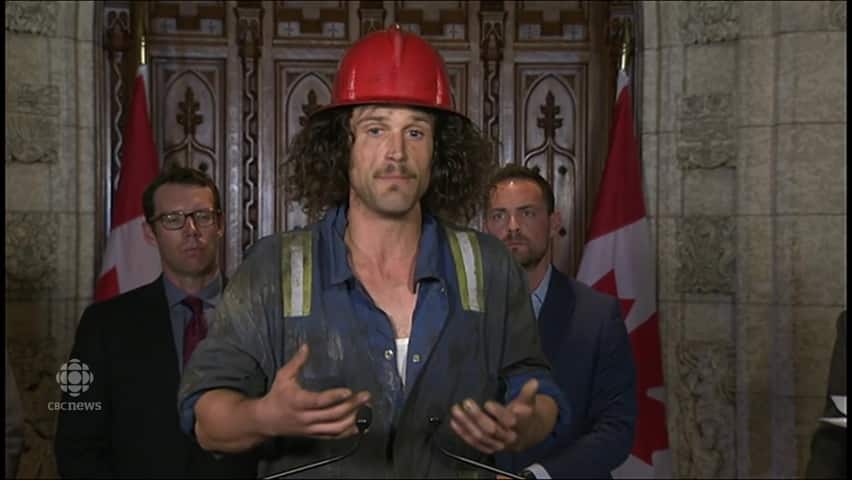 4 years agoVideo
3:24
An Alberta 'roughneck' spoke on Parliament Hill on Sept. 20 in support of a petition calling on the federal government to do more for Canada's oil industry. 3:24

Proponents say a petition calling on the federal government to do more to support the energy industry has the most signatures of any online petition ever tabled in the House of Commons.

The e-petition, bearing the names of 34,537 Canadians, calls on the federal government "to vocally support the oil and gas industry, new pipelines across Canada, and the hundreds of thousands of employed and unemployed oil workers."

It was tabled by Lakeland MP Shannon Stubbs on Tuesday.

"Regular, hard working Canadians have made history," Mark Scholz, president of the Canadian Association of Oilwell Drilling Contractors said at an event in Ottawa.

"The majority of Canadians support the oil and gas sector and support pipelines, provided they are built and managed responsibly."

"Unlike some of Canada's competitors such as Saudi Arabia, Iran and Nigeria, Canada protects freedom of speech and freedom of religion," he said.

"It protects minority groups and human rights. We adhere to the highest environmental, safety and labour standards."

Pipelines will "create tens of thousands of jobs," and "inject billions of private sector dollars into a struggling Canadian economy," said Scholz.

An oilfield worker from Alberta, Bernard Hancock said the industry touches nearly everyone in the country.

"I'm not a guy from Calgary in a suit ... I'm a roughneck, I'm a guy who has a job in Alberta whose livelihood has been threatened," he said.

"There's lots of guys in the field who have lost their jobs, but it's not just the guys in the field, it's the truckers, it's manufacturing across this country, it's the convenience stores we get stuff at in the mornings, it's the hotels we utilize, it's our servers at the bar and restaurants that we tip, it's the Canadian auto workers who produce vehicles we use in Alberta. This is a country-wide issue."

A spokesperson for Natural Resources Minister Jim Carr did not return calls for comment.