After some major home renovations, one Calgary man has found a way to make Enmax pay him — at least through the summer.

Darlington paid $40K for solar upgrades, which he expects to recoup over next 25 years

After some major home renovations, one Calgary man has found a way to make Enmax pay him — at least through the summer.

With the addition of solar panels on his garage roof and four inches of "super insulation" around his home, Peter Darlington has recently converted his northwest house into a net zero energy solar home, which actually produces more electricity than it uses in the warmer months.

Darlington ran an exterior contracting company for 15 years and figured he'd get a jump start on reducing his energy costs ahead of coming regulatory changes.

"I was aware of how easy it would be to hyper-insulate the building. It just kinda made sense to lock down my energy prices for the coming 25, 30 years," he told CBC Calgary News at 6. 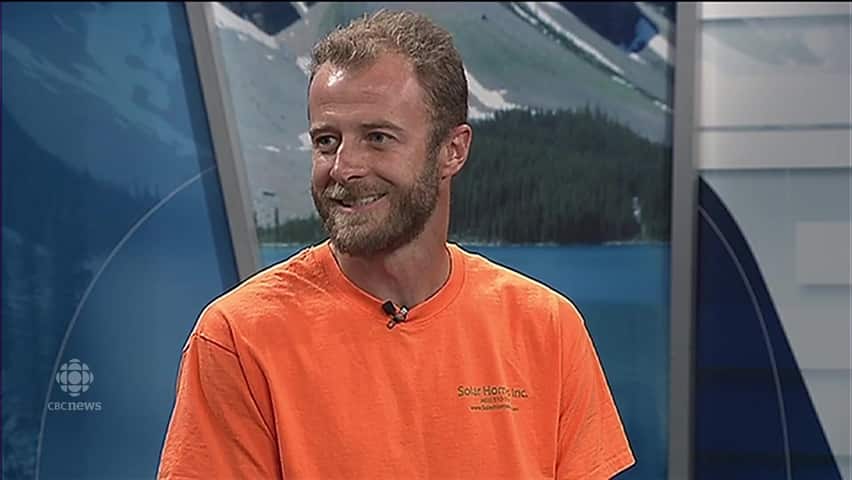 Many Albertans expect to pay more for fuel, natural gas and propane come Jan. 1 when the Alberta NDP's carbon tax levy kicks in.

Darlington estimates he paid roughly $40,000 for the solar panels and mechanical work to remove all natural gas elements from the home and make it strictly electric.

Where he used to pay $200 per month in energy bills, he's actually been able to sell surplus electricity back to the grid over the past months.

The solar panels are under warranty for 25 years and Darlington estimates his home upgrades will more than pay for themselves over that time.

"If the energy price goes up, then obviously the returns will be much quicker," he said.

"I think a lot of people will be moving this way going forward. It certainly makes a lot of sense."