Country music icon Paul Brandt’s mom was the first president of his fan club. That’s just one of the tidbits of his life that helped shape his Canadian Country Music Hall of Fame exhibit at Calgary’s National Music Centre.

'Dude, you have to help me put a band together,' begged Brandt, who didn't have one when record label called

Country music icon Paul Brandt's mom was the first president of his fan club. That's just one of the tidbits of his life that helped shape his Canadian Country Music Hall of Fame exhibit at Calgary's National Music Centre.

Brandt shared more with The Homestretch this week.

This interview has been edited for clarity and length. You can listen to the complete interview here.

Q: What does being inducted into the Canadian Country Music Hall of Fame mean to you?

A: Honestly, it's just kind of surreal.

Since the announcement last year, I think I have been floating around on Cloud 9 ever since. It's exciting to go back over the years and think about all the things that have brought us to this point and I am excited about what the future holds, too, with new music, and we are out there rocking still.

Q: Growing up in the Calgary area, did you ever imagine this would happen?

A: No. It wasn't really even on my radar.

I remember mooching off my parents, still living at home. I was working at the Alberta Children's Hospital. I came home from work one day. Dad is sitting on the couch with a strange look on his face.

He says, 'There is a message on the phone for you.'

It was this southern accent, a lady named Paige Levy from Warner/Reprise Nashville. I knew her name from liner notes. She had signed Dwight Yoakam and I am a huge fan.

She said, 'Hey, Paul, we think you are real good. We got your demo and we want to come up and see you and your band play.' I said, 'Sure, come on up.'

Then I called a friend and said, 'Dude, you have to help me put a band together.' I didn't have a band. I was playing for friends in the basement and at little coffee shops.

My life changed in a huge way. Later that month, we signed a record deal.

Q: What was happening in your life at that time, leading up to that phone call?

A: I entered a lot of talent contests and they started to get the attention of some of the labels in Canada.

I met with Warner Music Canada in those early days and they had offered me a record deal. I said, 'I am honoured and I would love to do this, but I really would love to get the opportunity to go to Nashville.'

They forwarded it down to their offices there and things took off from there.

Q: Tell me something about the exhibit that opens Friday.

A: I attended Mount Royal University, and having the opportunity to work with them again is wonderful. The students have been tasked with doing social and business enterprise projects but also with organizing the story of my life.

They organized it, figured out what the stories are, how they relate. They have worked very, very hard, and I am excited to get to share this with the world now.

Q: What are some the memories coming out of the exhibit?

A: My mom was the first president of my fan club, a huge supporter. I remember being at home putting together promotional packages to show people my music.

We'd be hot glue-gunning cassette tapes into these folders.

She used to make these shirts for me. I used to play Garth Brooks's songs at some of these talent contests. She made me these beautiful Garth Brooks wild western shirts.

One of them is showcased at the National Music Centre, with the picture beside it of the moment I actually won the contest.

I am very ADD in the way I approach things. My wife's degree is in pure mathematics, so she is very binary and logical.

After we married and she came to our Nashville apartment for the first time, she opened the cutlery drawer and songs flew out.

I had stuff stashed everywhere. She got me organized. We were able to keep some of those original songs that I scribbled down, like I Do, and Calm Before the Storm.

The ones that got us started. People will get a chance to see that. 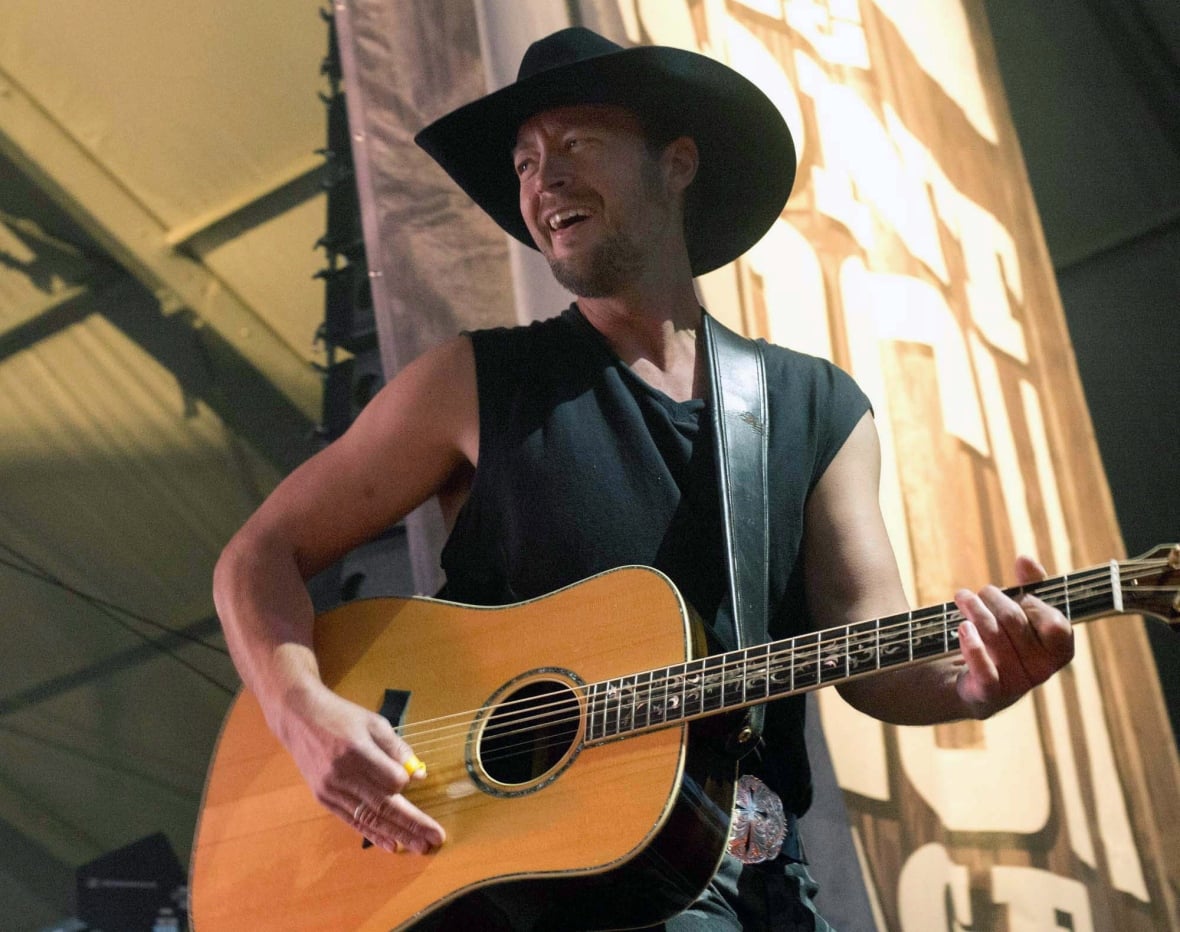