It's an annual ritual for many would-be campers: logging on to the Parks Canada online reservation system the moment it opens, only to see the website slow to a crawl or crash altogether. Parks Canada thought it had things figured out this year — but no such luck, internal emails show.

Before COVID-19 changed everything, Katt Hryciw was like tens of thousands of other people who hoped to secure a campsite in Banff National Park this summer.

She set an alarm, woke up early on Jan. 8, the first day Banff reservations could be made, and sat poised at her computer.

"And then as soon as it hits 8 o'clock, it's just an hour of frustration, trying to book anything and largely being unsuccessful," she said.

It's an annual ritual for many would-be campers: logging on to the Parks Canada online reservation system the moment it opens, only to see the website slow to a crawl or crash altogether.

By the time you get it to work, someone else has already snagged the site you were after.

Or worse — you manage to almost secure a site at a popular campground, only to have the system fail at the payment step. When you log back in, the coveted site remains locked from your previous reservation attempt.

"That has happened multiple times," Hryciw said, "which I think is the most frustrating thing."

Parks Canada thought it had things figured out this year, with a reconfigured computer system designed to handle the online rush. But internal emails reveal how the system buckled — again — under the weight of tens of thousands of users all trying to log on the moment campsites went on sale.

"Banff launch today is less than amazing," read one email from midday on Jan. 8, obtained under a freedom-of-information request.

"We were working with our system provider to reconfigure the server so we could accommodate a higher number of reservation users at the same time," Jager said in an interview.

"And that reconfiguration didn't happen the way it was supposed to. And that's what ended up causing the slowdown."

The website began accepting Banff bookings at 8 a.m. MT and immediately became slow and unresponsive for some users. Complaints started pouring in.

Parks Canada opted to reboot the system altogether about two hours later, kicking out users who were mid-transaction and causing them to lose their reservations in progress.

Jager said it was a difficult but necessary decision.

The first rebooted server came back online around 10:25 a.m. MT, and resulted in a "huge improvement in website performance," one email said.

That reboot, however, came at the expense of users who had transactions in progress and were unable to complete them, including some who had paid but not finalized bookings.

Jage said no one ended up paying for a reservation they didn't receive, but he acknowledged many were frustrated by watching bookings they were on the verge of completing slip through their fingers and then be snapped up by someone else once the system reset.

The competition for sites can be fierce, and some users have long suspected others of gaming the system.

For years, frustrated would-be campers have wondered aloud if campsites are being sucked up en masse by people using automated scripts or "bots" to make bookings faster than humanly possible — similar to those used by scalpers on ticket resale sites.

Parks Canada has long denied that's the case, but the internal emails show even they were suspicious when they saw the volume of online traffic this year.

"Yesterday alone, just six travel companies made over 2,300 (!) reservations by 3 p.m.," one email read, the day after the Banff bookings went on sale.

"These high volumes really seem like they must be by automated script (macro or 'bot')."

Jager said that email was written by a colleague "in the heat of the moment." Parks Canada later investigated the traffic in more detail, however, and determined that the tour companies weren't actually using automation to make all those bookings.

"The way they're likely getting that volume is they have a number of employees who are on the system, trying to make reservations," he said.

"And that's the way that we want the system to work. We want individual users to be on the system. Of course, we don't want people to be using a script or a bot or anything, and there's no evidence of that."

CBC News reached out to all six companies identified in the Parks Canada emails. Three of them replied, each saying roughly the same thing.

Each company said it employs anywhere from three to 10 people to log on to the Parks Canada reservation system and make bookings manually. Unlike most everyday campers, they do this all day long, so the bookings add up quickly.

They also said they tend to go after less-popular dates than typical campers as their clients often are international travellers who are happy to camp mid-week.

For those who have to camp on weekends or on the limited vacation days they can get, however, there may be hope on the horizon.

Parks Canada says it is now looking for a completely new reservation system.

It has put out a tender to find a provider, but it's not clear if the new system will be ready for the 2021 camping season because the COVID-19 pandemic has thrown a wrench into a lot of Parks Canada's operations, campgrounds included.

"We are working through the contracting process, and it would be not be wise for me to predict exactly when we will launch that new system," Jager said.

And as much as the current system left many users frustrated, he also noted it did work — even on launch day — for a lot of people. All told, 22,000 campsites were booked in Banff on Jan. 8 alone. That set a new record.

As for Hryciw, she says she managed to get a site at Two Jack Lake, after all — but not through the normal channels.

After complaining about the reservation system on social media, she says she was contacted by another Calgary resident who had been trying to book a pair of sites at the popular campground for themselves and a friend but could only get one of the two sites they wanted. They decided to camp elsewhere and offered to transfer their reservation to  Hryciw.

That reservation is for late June, however, and it's not clear if the campground will reopen by then. For the time being, campgrounds in national parks remain closed because of the pandemic and won't reopen until June 21, at the earliest. Any reservations for dates prior to that will be cancelled automatically and refunded.

Parks Canada says an announcement about exactly how and when campgrounds will reopen is expected "at a later date." 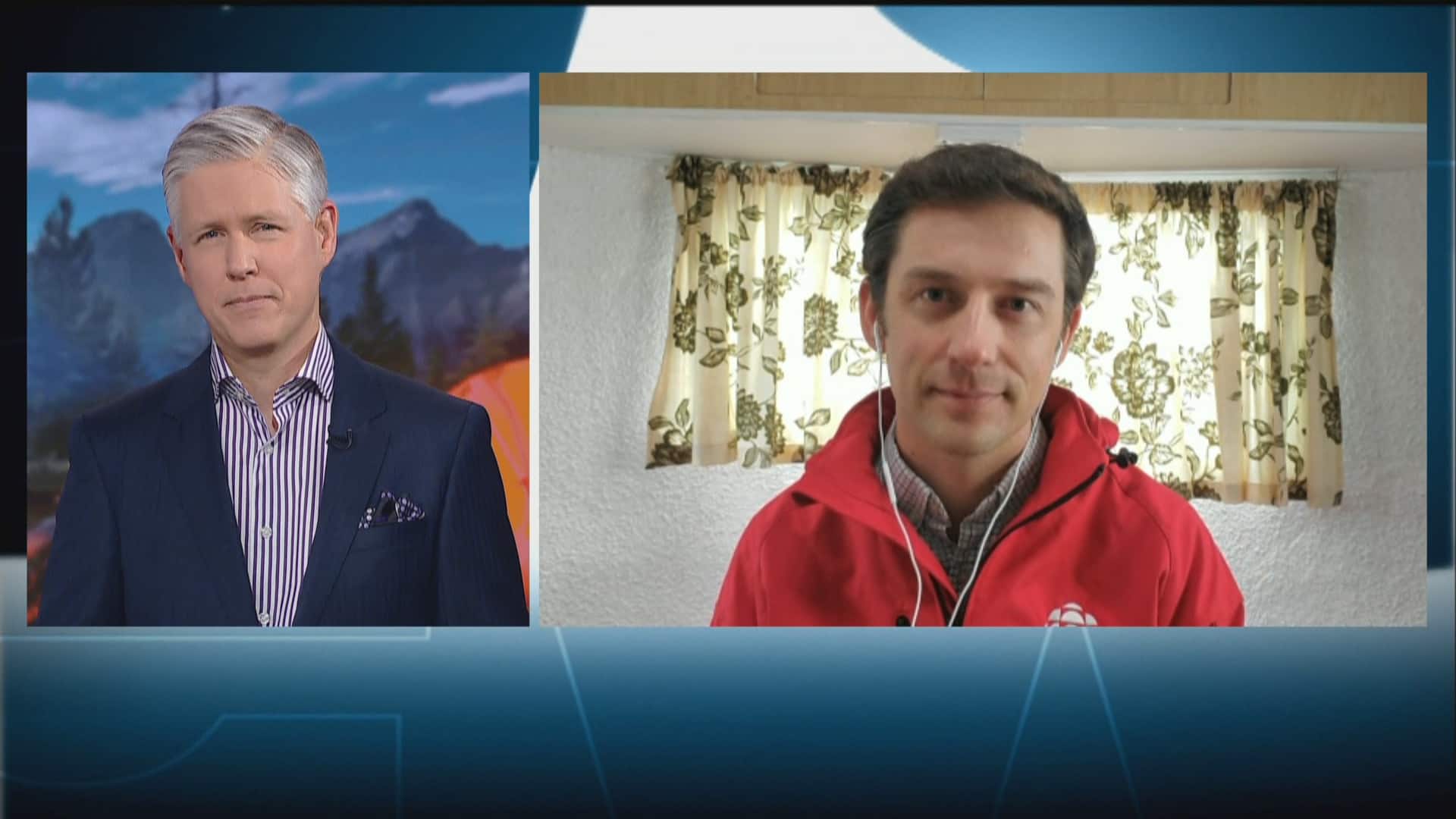 How campground spots are always snatched up instantly

9 months ago
4:33
Parks Canada's online reservation system buckled again earlier this year under the weight of would-be campers. CBC's Robson Fletcher takes a look at why. 4:33