Two young women from central Alberta travelling in Paris say they are amazed at the resiliency of the French people in the wake of last week's attacks and have no plans to cut their trip short. 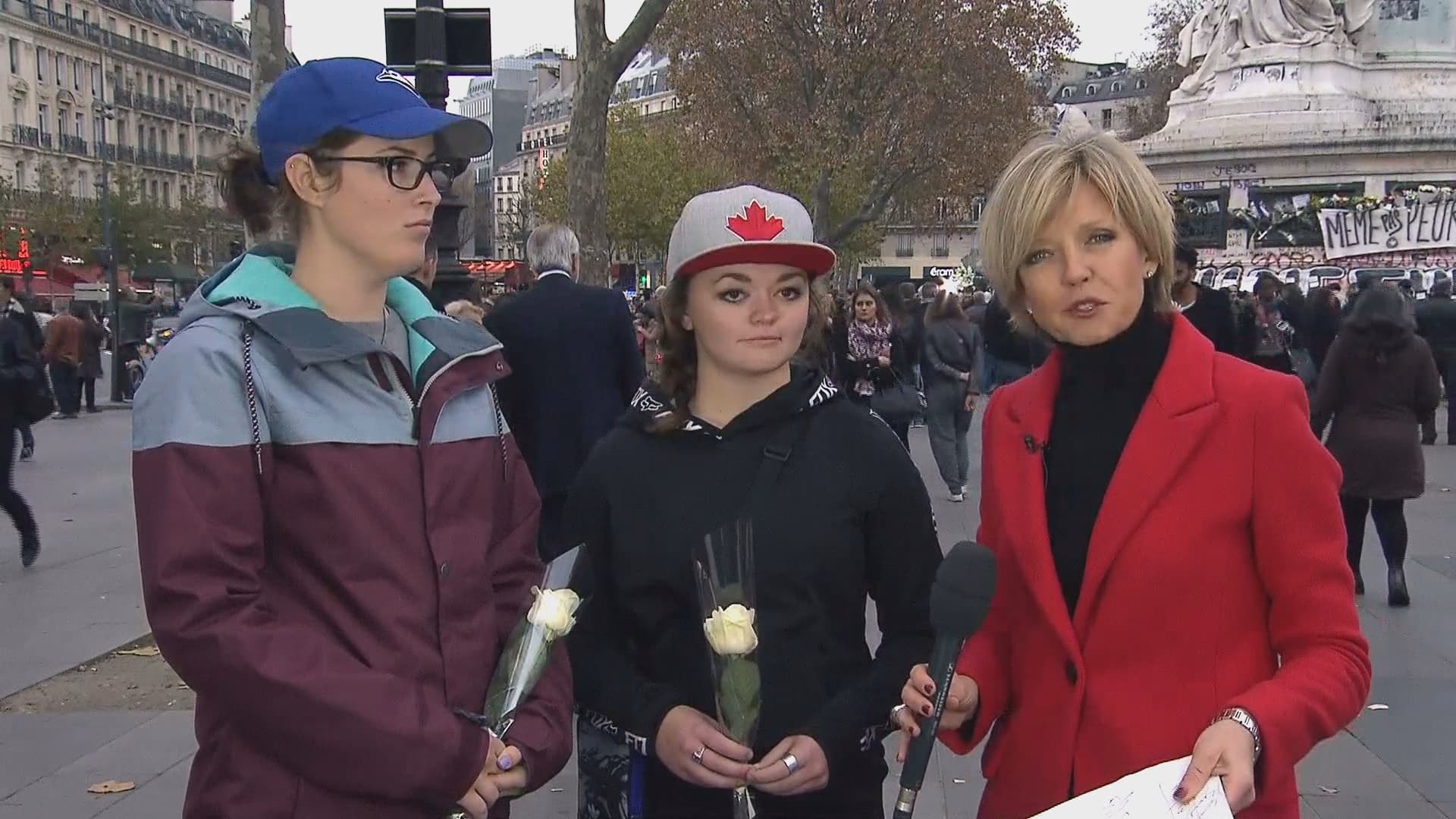 5 years agoVideo
4:07
Anastasia French-Scott, of Ponoka and Jenica Hatfield, of Delburne, traveling in France, pay tribute to victims of the Paris attacks. 4:07

Two young women from central Alberta travelling in Paris say they are amazed at the resiliency of the French people and have no plans to cut their trip short in the wake of the deadly attacks in that city.

Jenica Hatfield, of Delburne, and Anastasia French-Scott, of Ponoka, arrived in Paris a few days before the attacks that killed 129 people.

The pair came to the Place de la Republique on Monday to pay their respects to the victims.

Hatfield says Parisians are coming together in a show of unity.

"It's pretty incredible. Like there may have been terrorism that brought all these people together, but the love and compassion and the unity here is really strong," she said.

"It's really nice to see everybody coming together even though it was such a tragic reason."

Three teams of assailants, including seven suicide bombers, attacked the national stadium, a concert hall and nearby nightspots on Friday. In addition to those killed, the attacks wounded 350 people — 99 of them seriously.

The Alberta tourists had planned to go out on the night of the attacks, but instead chose to stay in.

Hatfield says she wanted to remain in France in part to witness the way Parisians are coming together in the wake of the attacks.

"Within the next day, everybody's … just so supportive, I mean, they're giving out free hugs, they're singing. They're really, they're not afraid," she said.

Overnight in France, more than 150 raids were carried out against suspected extremists, and French fighter jets launched massive airstrikes on the city of Raqqa, ISIS's de-facto capital in Syria.

French President François Hollande has asked legislators for a three-month extension of a state of emergency in the wake of the deadliest extremist attack carried out in his country since the Second World War.

The presence of heavily-armed police and security forces around Paris since the attacks is reassuring, according to Hatfield.

"It is different from home, but it does bring a sense of more safety around the area," she said.

Scott-French says the experience makes her thankful to live in Canada.

"We are very, very lucky that we don't have any terrorism, really, that's being followed through in our country, and that we're so safe," she said.