Watch out for identity theft this holiday season, experts warn

Identity theft and fraud are becoming more prominent in Calgary, and the pandemic isn’t helping. Police, a criminologist and a victim of identity crime are warning people to be extra careful during COVID-19 and the holiday season.

Identity theft and fraud are becoming more prominent in Calgary — and the pandemic isn't helping.

Experts are warning people to be extra cautious of scams, fraud and other crimes targeting your bank account this holiday season as COVID-19 has changed the way these crimes are being carried out.

Statistics Canada attributes a portion of the rise to more awareness. Those fraud crimes are the primary driver of overall increases in the Crime Severity Index, which ranks the volume and seriousness of crimes across Canada.

Nationally, there were 19,285 victims of fraud reported and over $98 million lost in 2019, says the Canadian Anti-fraud Centre.

Alana Higgins, who had her identity stolen two years ago, wants others to learn from what she went through.

"You have to be a skeptic every time you are approached, especially when it comes to financial situations," she said.

"We're in the new normal of COVID, nobody meets face to face anymore, you have no idea who you're actually talking to."

"People get carried away and they start letting their guard down. Basically, they're not scrutinizing the websites or apps they're using where they provide the personal information. So I anticipate this year might be an increase, for sure," said Kris Anton, a constable with the economic crime unit.

Anton noted the trends haven't changed much over the last few years, it's mostly phone calls or phishing emails, but the pandemic is starting to shift that.

"We're anticipating we're going to get more COVID-related scams," he said. "People pretending to be from utility companies such as Enmax or they pretend to be from the RCMP saying you have an arrest warrant, or even just from the CRA for taxes."

There are some simple things that will lower the risk of being targeted, like picking up your mail in a timely manner, not leaving important papers in your car, reviewing your bank statements often and being vigilant with your online shopping. 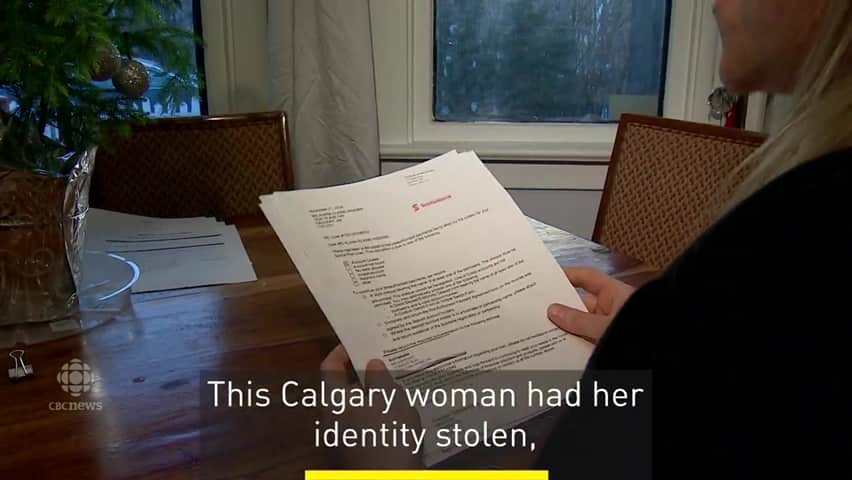 However, one criminologist says identity-based crimes are difficult to prosecute.

Kelly Sundberg, a professor at Mount Royal University, says economic crimes are often international crimes. This means the victim, the perpetrator and the internet server used are often in different regions or countries. Laying charges can require collaboration with foreign police forces.

It's not the only complication. Police training and education around fraud and online crime is something Sundberg says needs to be improved.

"It requires a high level of education and specialized certification and accreditation on the part of those involved in the investigation," he said, adding governments and police services should invest in more training for their officers tasked with these kinds of crimes.

There's one piece of advice Anton says everyone who gets targeted should follow.

"Don't be embarrassed and report it right away. That's how we get our information and that's how we can investigate."