Origins of 'eh': How 2 little letters came to define Canadians

Stereotype or not, it's a word Canadians are famous for — two simple letters baked into the tail end of so many of our sentences. But few realize "eh" actually predates the country's creation by a century or more.

You'd be surprised at how far back the word dates, according to a linguistics researcher 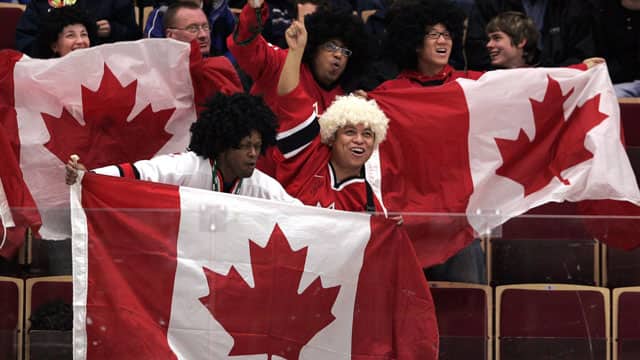 Why do Canadians say 'eh'?

3 years ago
3:07
Canadians are famous for their use of "eh." It turns out, this little two-letter word is older than you might think. But where did it come from? And why do we use it? 3:07

Stereotype or not, it's a word Canadians are famous for — two simple letters baked into the tail end of so many of our sentences. But few realize "eh" actually predates the country's creation by a century or more.

"Eh" has become such a natural part of our speech that many Canadians don't even realize they're using it in day-to-day conversation.

So where did this little word come from and how did it become such a part of Canadian identity?

Derek Denis, a post-doctorate fellow at the University of Victoria's linguistics department, has been studying the history of "eh" for more than five years. In his research, he has found references to the word going back well before Canadian Confederation 150 years ago.

The earliest use of the word Denis found appeared in an Irish play written in 1773. He believes"eh" travelled to Canada along with the influx in immigration. It jumped the pond and was first documented in the Thomas Chandler Haliburton book, The Clockmaker, written in 1836.

That book has "eh" sprinkled throughout the dialogue, which indicates we've been using it for about as long as Canadian English has been around.

Skip forward to the 1970s, where Denis says Time magazine published an article all about "eh" as a true Canadianism.

Then in the '80s, "eh" became satire when the third season of SCTV, airing on CBC TV, introduced Canadians to a pair of beer-swilling brothers named Bob and Doug McKenzie. Denis says those SCTV sketches changed how Canadians and people outside of Canada viewed the word.

"These were two very stereotypical rural hosers. Their speech was littered with 'ehs,' and 'eh' started to take on a negative stereotype," he told the Calgary Eyeopener.

Since then, that hoser persona has persisted in pop culture — Canadian Bacon, South Park: Bigger, Longer & Uncut and How I met your Mother are just some examples.

While the list of movies, TV shows and comedians making fun of Canadians is long, it's mostly our neighbours to the south throwing barbs, because we use "eh" in a way that leaves them scratching their heads.

Our two-letter word is what's called a confirmational, a word tacked on to the end of a sentence to confirm something is true. That's not unusual — linguists have found equivalents in East Asia, Africa and even the United States.

Martina Wiltschko, a professor of linguistics at UBC who studies confirmationals at what's called the Eh Lab, said the U.S. equivalent is "huh."

"Huh," however, is only used by Americans in a way to confirm whether something is true — for example, if someone says, "Oh, you have a new dog, huh?"

What sets us apart is the use of "eh" in other contexts.

Americans would never say: "I have a new dog, huh?"

Wiltschko says that implies the person has forgotten whether or not they have a new dog.

She suggests what makes the Canadian use of "eh" unique — despite the fact it's widely used in New Zealand and the small English Channel island of Guernsey — is what she calls the narrative "eh" used during storytelling.

Each sentence is asking a question, but the speaker is not really expecting a response. It's just a vehicle to draw the storyteller's audience in.

Denis's research about the usage of "eh" suggests it's still most commonly used in Northern Ontario, but British Columbia and Alberta also continue to be hotbeds.

He also says we shouldn't underestimate the importance of the two-letter word, even if many young Canadians choose to use "right" or "hey" because there's less stigma attached.

"Some people might think of it as a way of hesitating, or a way of having vague language, but if you go see a movie with somebody and after the movie you say, 'That was a pretty good movie, eh?', you're leaving the floor open for them to offer their opinion," he said.

"It has this really important pragmatic function of letting the person you're talking to come into the conversation."

There's a lot of humanity stuffed into this little word. And if Canadians have to be stereotyped, that's not such a bad badge to wear.

​With files from The Calgary Eyeopener