There is something brewing in the little town of Olds, Alta. The prairie town is home to Olds College, known mostly for its agriculture program but it is crafting a new identity thanks to a brewmaster program at the local college. 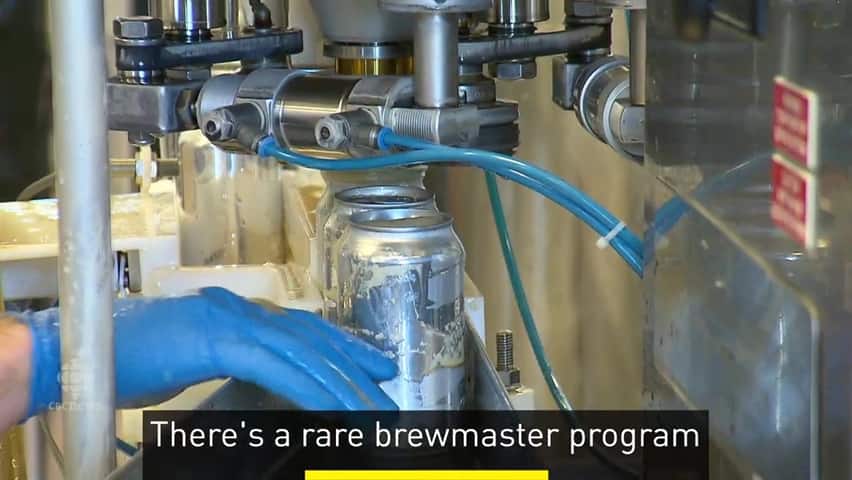 There is something brewing in the little Alberta town of Olds — and it's luring people from around the world.

The prairie town is home to only 9,184 people, according to the 2016 census. It's also home to Olds College, which is traditionally known for its agriculture program — but now crafting a new identity thanks to a brewmaster program.

The two-year Brewmaster & Brewery Operations Management course is one of only three brewmaster programs in Canada, according to Jordan Ramey, a professor of brewing science.

And it's attracting craft beer fanatics and budding brewers from around the world.

Students in the program program are rolling out the barrels, literally.

Jordan Ramey, a professor of brewing science, says the setting attracts all kinds of budding brewers.

"In almost every class, we have had someone with a PhD."

Olds partnered with Niagara College in Ontario to offer the program, and it's hopping. Every year about 100 people apply for just 30 spots.

Ramey says there's a big demand for the graduates, too.

"Just depends on where you want to have your job right now. In the brewing industry in Canada, I would guess that there are three jobs for every graduate we produce."

Jian Sun, from China, is one of many aspiring brewers who have come from around the world to hone the craft in a hands-on environment.

Caz Johnstone is a long way from home, too. Originally from Australia, Johnstone was studying to become a pastor but along the way he ditched the clergy and embraced the brewery.

"There is a long line of Christian history that is brewing in the church," Johnstone said.

"Martin Luther's wife was the brewer in the household. The monasteries were the central places for beer brewing all across the Middle Ages."

Like many of his classmates Johnstone hopes to start his own brewery after graduation.

"The program is excellent in that it takes a well-rounded perspective of what it takes to get good beer into a glass."

Alberta seems like a natural place to offer the training.

The number of new breweries in Canada has more than doubled over the past five years to nearly 800, Larry Plummer, an assistant professor of entrepreneurship at Western University's Ivey Business School who studies the beer market in North America, recently told CBC News.

In Alberta, breweries have proliferated even more rapidly, leaping from 19 in 2013 to 68 today with more under development.