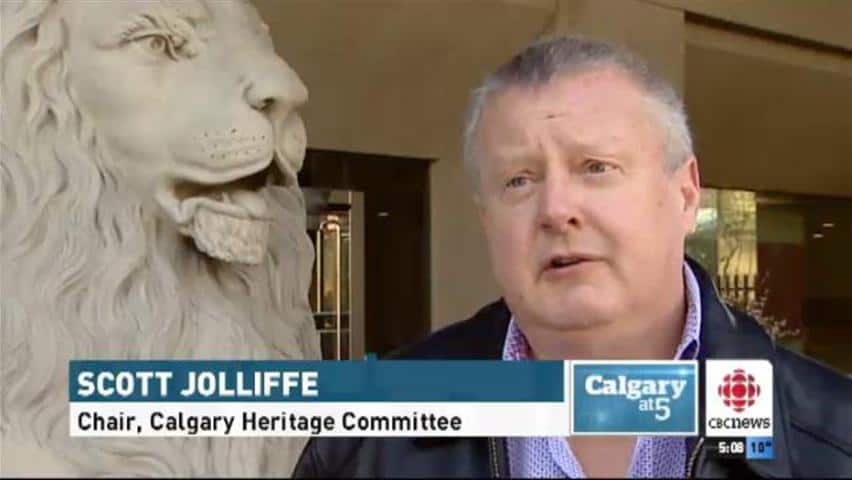 Four lions, made in 1916, were removed from the bridge during a 1999 renovation and replaced with new ones.

One of those old lions guards the City Hall complex, but the other three have been slowly disintegrating in storage.

Now city officials are considering spending some of the millions earmarked for public art on the new C-Train line to restore the lions. The refurbished lions would be placed around the new stations.

"I think these artifacts resonate with a lot of Calgarians as important treasures and I would be pretty surprised if they ended up going into the concrete crusher," said Scott Jolliffe, spokesman for Calgary Heritage Authority.

There is no firm figure on the cost, but restoring the concrete felines could run close to $1 million.

A city council committee will grapple with the proposal later this week.