Oilsands innovation continues, albeit with some delays

Research funds remain strong in Alberta's oilsands, although some projects are feeling the bite of low oil prices.

Research funds remain strong in Alberta's oilsands, although some projects are feeling the bite of low oil prices.

About 250 projects are ongoing, which is is about the same number and value as in previous years, according to Canada's Oil Sands Innovation Alliance (COSIA), which coordinates research for 13 oilsands companies.

However, oil prices are to blame for delays in construction of one of COSIA's most prominent projects, the Water Technology Development Centre (WTDC).

The economic conditions are extremely, extremely challenging for them- Dan Wicklum, COSIA

The $165-million facility was supposed to open at Suncor's Firebag site, so scientists could test out new equipment and techniques at an operational oilsands plant.

The WTDC was billed as a facility that could speed up the time it takes to test out and implement new water technology, but the project is facing its own timing problem. Instead of opening next year, it's been deferred until 2019.

The decision was made by the six companies which are invested in the proposed facility.

"The companies make decisions about what projects to launch and their pace," said Dan Wicklum, CEO of COSIA. "Some, no question, have been pushed out or deferred. Others, frankly, have been accelerated." 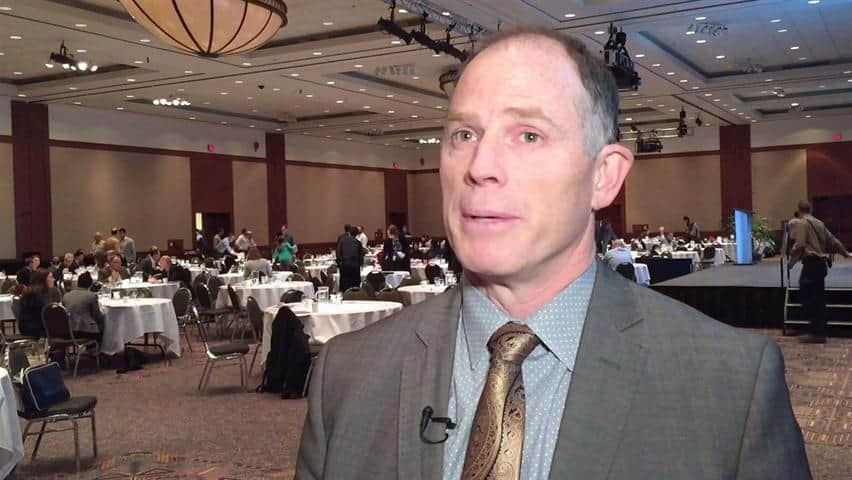 Oilsands research funding remains consistent with previous years despite the oil sector downturn, according to COSIA

5 years ago
0:37
Dan Wicklum says research dollars are still flowing, even though there is significant concern about oil prices 0:37

Oilsands companies are committed to finding new technology and working together to find efficiencies, and environmental breakthroughs makes even more sense during a downturn, said Wicklum.

"The economic conditions are extremely, extremely challenging for them," he said. However "All of the messaging I am receiving from companies is grounded in their strong belief that environmental performance is not dependent on the price of oil."

Oilsands research could receive a financial boost from the Alberta government, according to Environment Minister Shannon Phillips, who spoke at COSIA's water conference in Calgary on Tuesday. She suggested the government will recycle revenue from its carbon tax to fund investments into the energy sector.

"A significant portion of this money will go to investing with industry on the innovation we all need to reach our common goals," said Phillips.

More details on the additional funding will be unveiled in the province's budget in April, said Phillips.