By the close of trading on Monday, Suncor's share price had dropped down nearly 18 per cent, CNRL plunged more than 29 per cent and Cenovus lost more than half of its value — 51.65 per cent.

The plunging oil prices sent shock waves through an already hurting Alberta and landed just over a week after the UCP government introduced a budget that relies heavily on the well-being of the energy sector. Premier Jason Kenney spoke after markets closed, shifting his government's emphasis on restraint to the protection of the economy and jobs — even if that means spending — and said the UCP would consider a number of options. Opposition Leader Rachel Notley's NDP demanded the UCP withdraw its budget.

The latest crisis started Friday, when OPEC tried to get Russia to agree to production caps in order to stabilize oil prices. When Russia refused, Saudi Arabia opened the taps, increased supply and contributed to the price crash.

North American stock markets were halted shortly after opening on Monday morning as circuit breakers designed to slow down panic selling kicked in within minutes.

The panic started on Sunday evening after Saudi Arabia kicked off the all-out price war in the oil market.

That move sent the price of crude tumbling more than 25 per cent, and came on top of existing fears over the coronavirus currently spreading around the world.

It was the largest single-day drop since the beginning of the Gulf War in 1991.

Demand for energy is falling as people cut back on travel around the world. The worry is that the coronavirus outbreak will slow economies sharply, meaning even less demand.

"We're seeing the outcome of a one-two punch in terms of a demand shock from the coronavirus … and on top of that this weekend's news of a price war started after the breakdown of OPEC plus Russia arrangements," said Blake Shaffer, an assistant professor of economics and public policy at University of Calgary.

Shaffer said the demand-side drop was expected but the more recent development of a price war is a supply-side issue that's hammering the market.

The oil market has seen arguments like this before. In 2014, OPEC held off production cuts in order to hold onto market share in the face of a resurgent U.S. oil industry. That led oil to tumble from over $100 US a barrel to below $40 by 2015.

But experts say this drop is much more dramatic.

"This is a really big move. I was an energy trader for 15 years. I don't have all the daily moves in my head, but this would definitely be one of the biggest ones I've seen," Shaffer said.

Martin Pelletier, a portfolio manager with Trivest Wealth Council in Calgary, said this is a "nuclear-sized event" for an already-hurting Alberta, and if not contained, the economic malaise could spread to the rest of the country.

"This could be the knock-out punch for Alberta, unfortunately," Pelletier said, adding that some companies might not survive the hit. 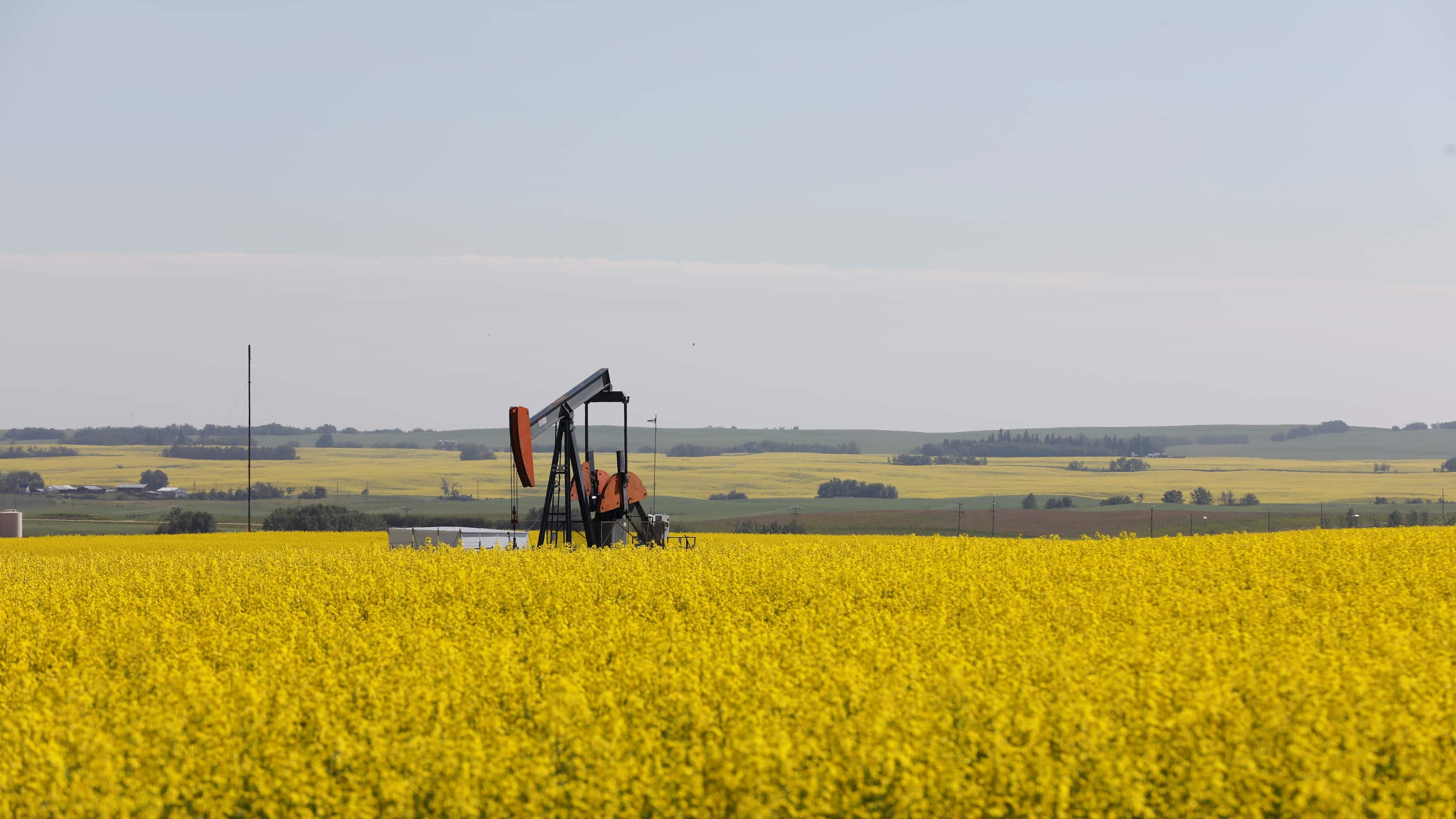 12 months ago
4:28
Ottawa may need to provide loans to some companies to keep them afloat during crisis, says Richard Masson, vice-chair of the World Petroleum Council.   4:28

"We're going to really need to see some leadership coming out of Ottawa, and I mean both the Bank of Canada and [Prime Minister Justin] Trudeau and the government … This is a crisis; this is a very serious event."

Pelletier said he'd like to see both a large fiscal spending program tailored to impacted provinces and an emergency rate cut.

Richard Masson, the chair of the World Petroleum Council, said some Canadian companies are in a better spot than their U.S. counterparts because of a pipeline crunch that has forced them to contain growth, pay down debts and look for efficiencies.

Still, he too thinks the federal government needs to get involved to prevent a crisis, as financing continues to dry up.

"We're going to need some support, or we're going to lose a lot of our native companies, and we won't be able to bounce back when prices recover," said Masson.

"One of the things they're probably going to have to look at is can they provide loans to companies to get them through?"

The Alberta government's recent spring budget forecasts WTI will average $58 US a barrel in the coming year, and Shaffer said this is bad news both for the economy as a whole and for the province's royalty revenues.

"Roughly every dollar [per barrel] is about $350 million to the government … We're talking about a $7 billion decline in revenue expectations," Shaffer said, adding that about $2 billion is made up from the improved differential and the Canadian dollar, so the net hit would be about $5 billion.

The weight of that impact softened the fiery tone of Alberta Premier Jason Kenney.

Just over a week ago, his United Conservative Party government introduced a budget that relies heavily on the well-being of the energy sector.

Speaking in Calgary on Monday just after markets closed with cratering oil prices threatening to drain billions of dollars from the province's bottom line, the premier shifted from an emphasis on restraint to the protection of the economy and jobs — even if that means spending. 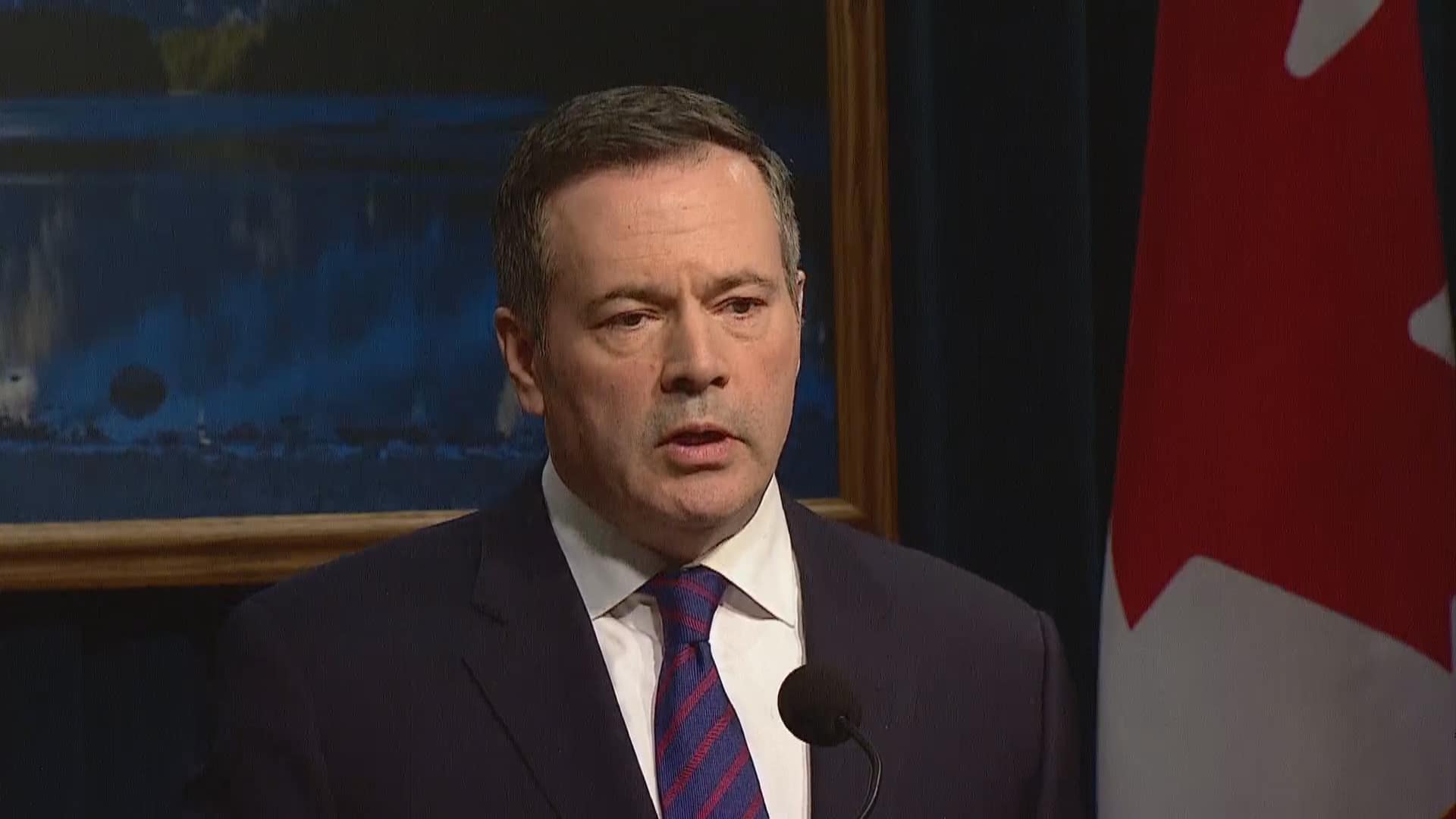 The premier said the Alberta government would look at a range of choices that include borrowing money for more capital spending to boost jobs, a return to tax incentives to lure high-tech startups and directly subsidizing a barrel of oil.

"If that means we need to borrow money to make that happen, we will do so."

Kenney said he would appoint a panel of experts led by economist Jack Mintz with the School of Public Policy at the University of Calgary — who also sits on the board of directors of Imperial Oil — on how to navigate the economic storm.

He wants the federal government to step up as well.

"This is not just about Alberta. As Alberta goes, so goes the national economy," Kenney said.

Kenney is to meet with Prime Minister Justin Trudeau on Friday at the first ministers meeting in Ottawa.

He said he'll be asking for a range of relief measures, including financial incentives to help create jobs in reclaiming orphan wells, changes to payroll taxes and removal of a cap on fiscal stabilization transfers that would return about $2.6 billion to Alberta.

Kenney, saying now is not the time for partisan politics, said he'll be reaching out to rival politicians, including Opposition NDP Leader Rachel Notley, for advice.

Earlier in the day, Notley called for an immediate reconsideration of the provincial budget, in consultation with her NDP.

Notley said the budget was based on "irresponsibly optimistic" oil forecasts and that the UCP government tossed away programs meant to encourage economic diversification that she wants reinstated.

"Now more than ever, we know how important that task is and we are all reminded what a necessity it is," she said.

Notley also called on the federal government to step in and help the province though actions like lifting the cap on the fiscal stabilization program, designed to buoy sagging provincial economies.

Notley said the low prices will conservatively send the projected deficit for 2020-21 to almost $11 billion from $6.8 billion.

"Premier Kenney's belief in his corporate (tax) handout has always been magical thinking, but today it has been exposed as pure fantasy," said Notley.

"It would be profoundly irresponsible for the premier to press forward with this budget when the assumptions it is built on have been proven to be false."

Kenney said he will not be withdrawing his budget. He noted it's three weeks until the end of the fiscal year and said the province needs a budget in place. He said the government will revisit projections in the summer when the fiscal situation becomes clearer.

Kenney also resisted Notley's call to revisit an almost three per cent cut to operational spending. He said it remains a realistic goal given that Alberta spends more per capita than comparable jurisdictions.

Albertans pay the lowest overall taxes in Canada and there is no provincial sales tax. Both Kenney and Notley dismissed any increases, saying it would be catastrophic to an already hurting economy.

Kenney's UCP won last April's election on a promise to focus on revitalizing oil and gas while eradicating a string of multibillion-dollar deficits and getting the rising debt under control.

At the time, Kenney criticized the NDP for what he characterized as mismanaging the economy by borrowing billions of dollars, thereby running up debt interest payments that would cripple future generations.

Kenney said last week that his government's goal of balancing the books by 2023 might not happen.

Lower prices could be on way

Some experts are predicting even lower numbers could be on the way.

Shaffer said seeing such a wide difference in price forecasts after the province's budget dropped just weeks ago makes a strong case for the government to change how royalty revenues are budgeted and push for further economic diversification.

"If this is prolonged, you'll see continued job layoffs and effects on families. One of the really important things I'll stress is having an economy that isn't dependent on the outcome of a price war between the Saudis and the Russians …. I hope it's yet another wake-up call in terms of the efforts to diversify our economy," he said.

With files from Drew Anderson, the Canadian Press and The Associated Press