Alberta Occupational Health and Safety is investigating two outbreaks of COVID-19 at Alberta meat-processing plants, one of which is the largest outbreak linked to a single site in Canada.

Alberta Occupational Health and Safety is investigating two outbreaks of COVID-19 at Alberta meat-processing plants, one of which is the largest outbreak linked to a single site in Canada.

There are now 580 cases linked to the outbreak at the Cargill facility near High River, 440 of whom are Cargill employees.

One worker, a woman of Vietnamese background in her sixties, has died. Her husband is also sick and is being treated in hospital. The facility said Monday it would temporarily shut down as soon as it finished processing the meat already in the plant.

Another Alberta meat plant experiencing an outbreak, JBS in Brooks, remains open but production has been reduced to one shift. There are now 96 cases linked to that plant.

A worker at JBS has died, as well as another person in the community, and Alberta Health Services is investigating to confirm if those deaths are due to the COVID-19 outbreak at the plant.

Nobody wants to eat a hamburger that somebody had to die to produce.- Thomas Hesse, UFCW Local 401

Alberta's deputy minister of labour said investigations into both plants have been opened by OHS, and said there will be no further comment until the investigations are complete.

The union brought the first 38 cases of COVID-19 at the plant to the attention of media on April 13, as some employees at the facility accused the company of ignoring physical-distancing protocols and trying to lure them back to work from self-isolation.

Two days later, an inspector from the provincial Occupational Health and Safety — which has a mandate to ensure Alberta workplaces are operating in a way that is healthy and safe for employees — conducted an inspection from a remote location via a live video call. 11 months ago
3:03
A COVID-19 outbreak at the Cargill meat processing plant in High River, Alta., has forced the facility to temporarily close, raising concerns about beef prices and supply. 3:03

Thomas Hesse, president of UFCW Local 401, which represents workers at the plant, called for the facility to close weeks ago and has since called for an inquiry into the worker's death.

"Nobody wants to eat a hamburger that somebody had to die to produce," said Hesse.

In addition to an OHS fatality inquiry, the union has called for an independent investigation into Cargill, and the Alberta Federation of Labour has asked for a criminal investigation.

"It hits home on a personal level, but it also makes me very, very angry because from our perspective, this is a fatality that could have been avoided," Gil McGowan, president of the AFL said.

McGowan said it has been difficult to get updates, as he said the government and OHS are only communicating with the company, not the workers or union.

RCMP said it does not have an open investigation into the worker's death at this time.

Many workers at Cargill are members of a tight-knit Filipino community, who live in large households and carpool to work together.

Calgarian Cesar Cala Cala, a volunteer with the Philippines Emergency Response Taskforce, said some workers feel they are being unfairly blamed for the outbreak — and are deeply concerned about their job security and safety.

"Is the plant a safe place to work? And then are their jobs secure? Many of the temporary foreign workers, their stay in Canada is based on their work visa connected to Cargill," he said. 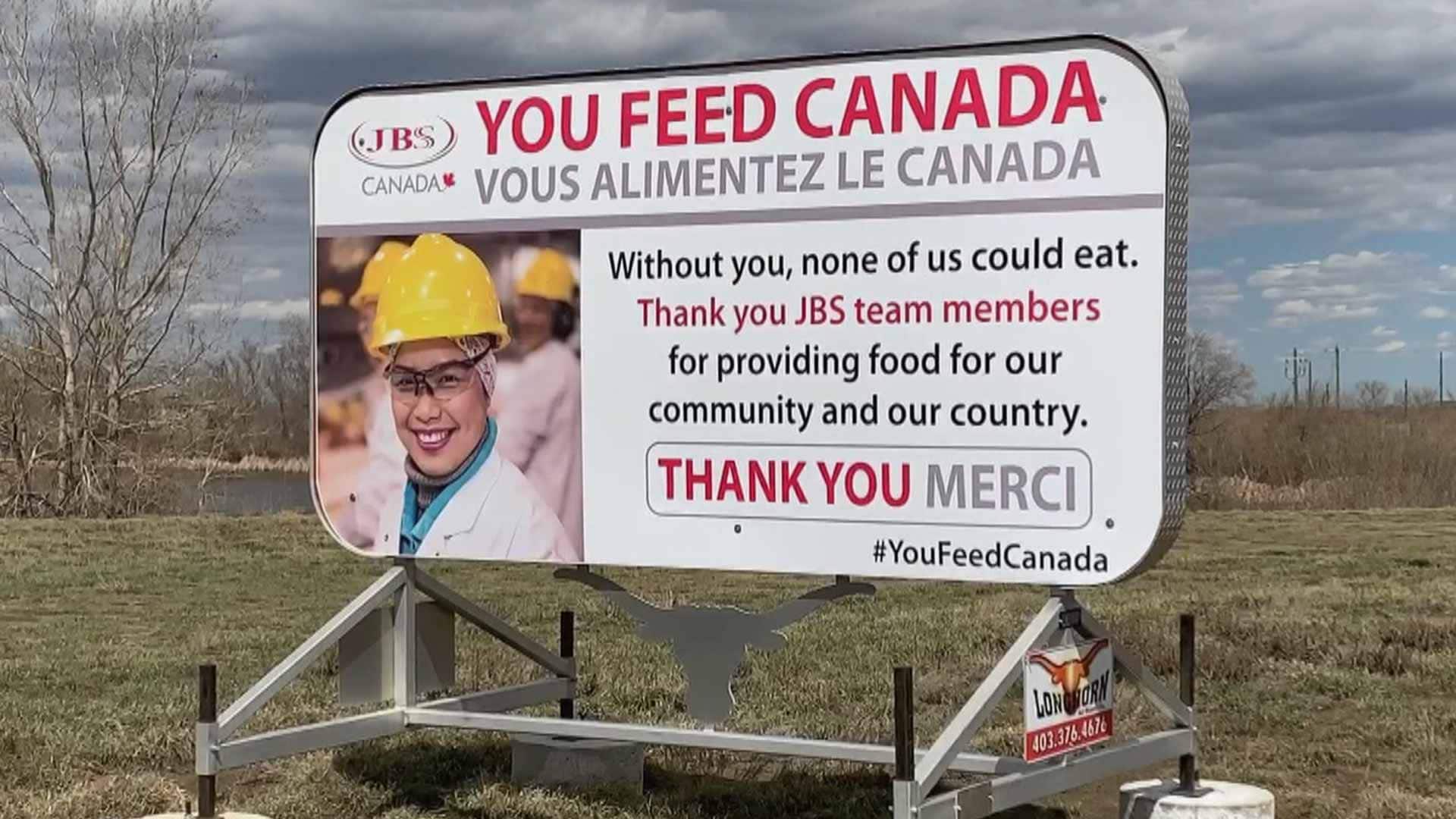 11 months ago
1:39
Employees at the Cargill meat processing plant raised concerns about public health measures not being followed two weeks before a COVID-19 outbreak forced the plant to close. 1:39

People of colour are over-represented in the meat processing industry, according to an economist, and census data shows those in the industry make less than the average industrial wage.

AHS has a dedicated task force of 200 workers responding to the outbreak, and translation services are being used to communicate with workers and their families who speak English as a second language.

Five employees at Seasons Retirement Communities in High River have now also tested positive for COVID-19; three of whom are married to meat-packing workers at Cargill. Calgary Eyeopener8:30Philippines Emergency Response Taskforce on the COVID-19 outbreak at the Cargill plant
Why Alberta's Filipino community has been hit particularly hard by this pandemic. 8:30

On Wednesday, Calgary Mayor Naheed Nenshi said the majority of Cargill workers who have tested positive live in Calgary, and commute to High River.

"That is a reminder that our neighbours have died. People in our community have died," he said.

Premier Jason Kenney said Wednesday the JBS plant will remain open with necessary health and safety precautions in place as long as health officials say it is safe to do so, as it's important to maintain the country's food supply.

There are now 3,401 cases of COVID-19 in Alberta, and 66 people have died. Just over 17 per cent of cases in the province are linked to the Cargill outbreak.

The National Farmer's Union said in an emailed release that the sites of the two outbreaks represent 85 per cent of Canada's total beef supply.

"Farmers need emergency support so we can take care of our livestock until the plants ramp up again. Health and safety come first, but you can't tell the cows to stop eating and growing until the crisis is over," said Ian Robson, an NFU board member, in an emailed release.