Days after dozens of cases of COVID-19 were confirmed at a meat plant in southern Alberta, provincial health and safety investigators conducted an inspection by video call and concluded the plant was safe to remain open.

Occupational Health and Safety assessing whether to open fatality investigation

Days after dozens of cases of COVID-19 were confirmed at a meat plant in southern Alberta, provincial health and safety investigators conducted an inspection by video call and concluded the plant was safe to remain open.

Now, just under a week after that call, one person is dead and 515 people are sick with COVID-19 due to the outbreak at the Cargill facility near High River. The facility announced Monday it would temporarily shut down as soon as it has finished processing the meat already in the plant.

United Food and Commercial Workers Local 401 brought the first 38 cases of COVID-19 at the plant to the attention of media on April 13, as some employees at the facility accused the company of ignoring physical distancing protocols and trying to lure them back to work from self-isolation.

Two days later, an inspector from the provincial Occupational Health and Safety — which has a mandate to ensure Alberta workplaces are operating in a way that is healthy and safe for employees — conducted an inspection from a remote location as a Cargill employee shot live video and shared it through video conferencing online.

"When an OHS officer won't attend the plant and instead does a plant tour by cell phone, that should tell you that there's something wrong," said Thomas Hesse, president of UFCW Local 401.

"It's very, very hard to specifically ascertain what's going on. They aren't allowing any visitors to the plant."

The union, which is calling for an independent investigation, says the plant shutdown came way too late.

"They knew there was a problem," Hesse said.

"Why did they wait until somebody died?"

Adrienne South, a spokesperson for the provincial labour minister, said in an email that the inspection was interactive, with an OHS officer directing the camera shots when needed to observe employees at their daily duties.

The Cargill employee shooting the video call was accompanied by a unionized UFCW worker and a union shop steward and the video was recorded to be reviewed later, she said.

South also said the live video call wasn't unique to the Cargill facility, and was done to mitigate risk of exposure to all parties involved due to the pandemic.

NDP Leader Rachel Notley jumped into the fray Tuesday, describing the single video inspection as a negligent approach to health and safety.

"How can you judge proper working conditions and safety protocols without having stepped onto the work site? But somehow the minister assured workers and Albertans that he could," Notley said, referring to a tweet from the agriculture minister on Saturday reassuring Albertans that the plant was safe. 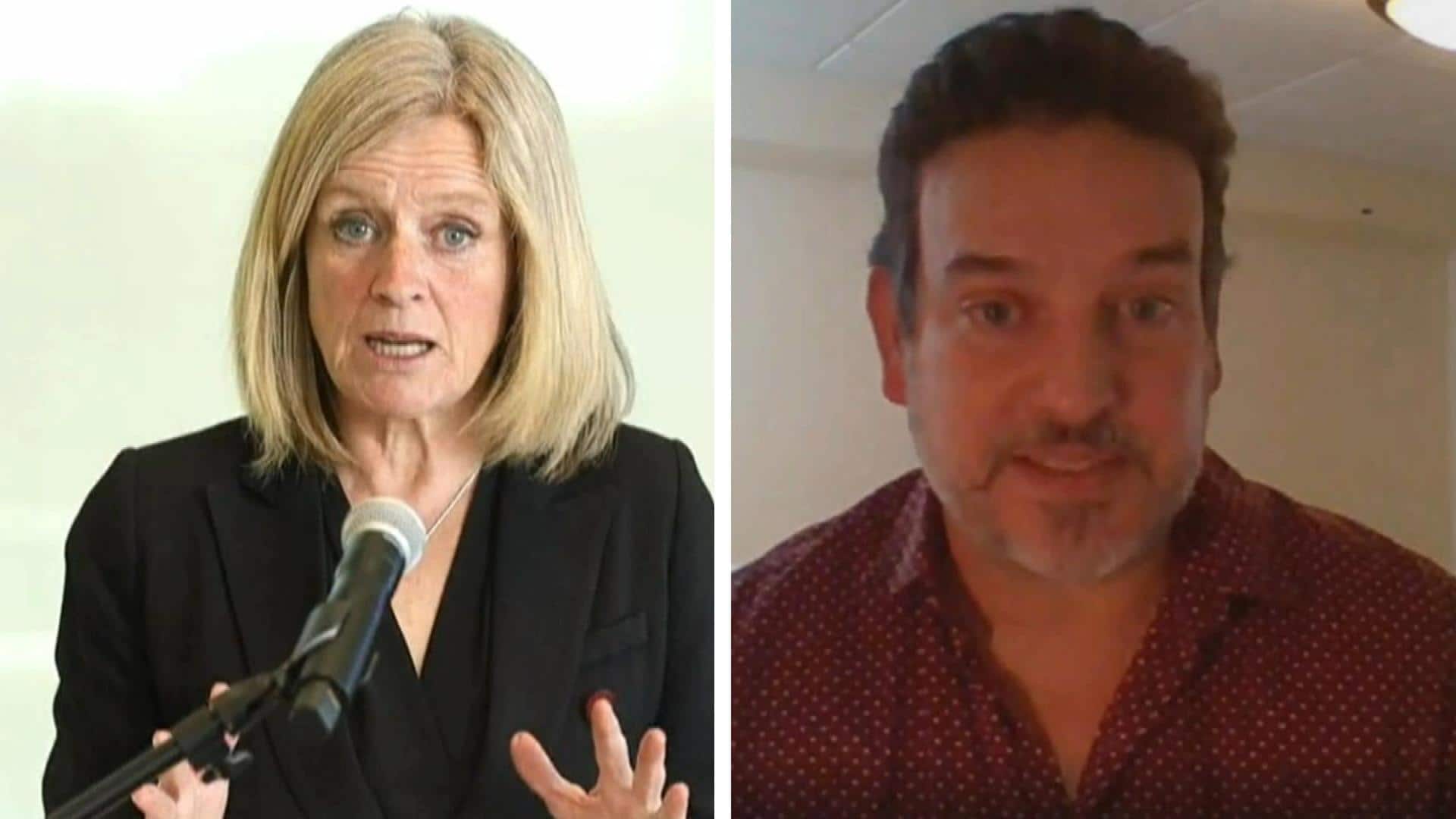 'This whole situation that we're in now could have been avoided'

8 months agoVideo
3:40
Opposition Leader, Rachel Notley and Alberta Federation of Labour President, Gil McGowan explain what could have been done to prevent the COVID-19 outbreak at the Cargill plant. 3:40

Gil McGowan, the president of the Alberta Federation of Labour, has written a letter to the province's labour minister requesting both an OHS investigation into the worker's death and a criminal investigation.

"Given that the workers at the plant and their union begged both you and their employer to suspend operations at the plant more than two weeks ago, it is our contention that managers failed in their duty to 'prevent bodily harm' to the worker who died and to the hundreds of [her] coworkers who have become infected," McGowan wrote.

Dr. Deena Hinshaw, Alberta's chief medical officer of health, said Tuesday that due to the number of people that go in and out of the plant, it's possible that the virus was spread before mitigation efforts were put in place.

AHS now has a dedicated task force of more than 200 staff responding to the outbreak, and translation services are being used to communicate with workers and their families who speak English as a second language.

Contact tracing is also underway to determine people who may have come in contact with someone who has tested positive, AHS said.

Worker who died was woman in sixties

Marichu Antonio is with Action Dignity, a community group working to support Cargill's 2,000 employees, who come from a variety of ethnic backgrounds.

Antonio said the worker who died was a woman of Vietnamese background in her sixties, and her husband is now being treated in hospital.

"The fear of losing their jobs is very real to them. Plus the fear of what's going to happen to their family members," Antonio said.

Five employees at Seasons Retirement Communities in High River have now also tested positive for COVID-19; three of them are married to meat-packing workers at Cargill. 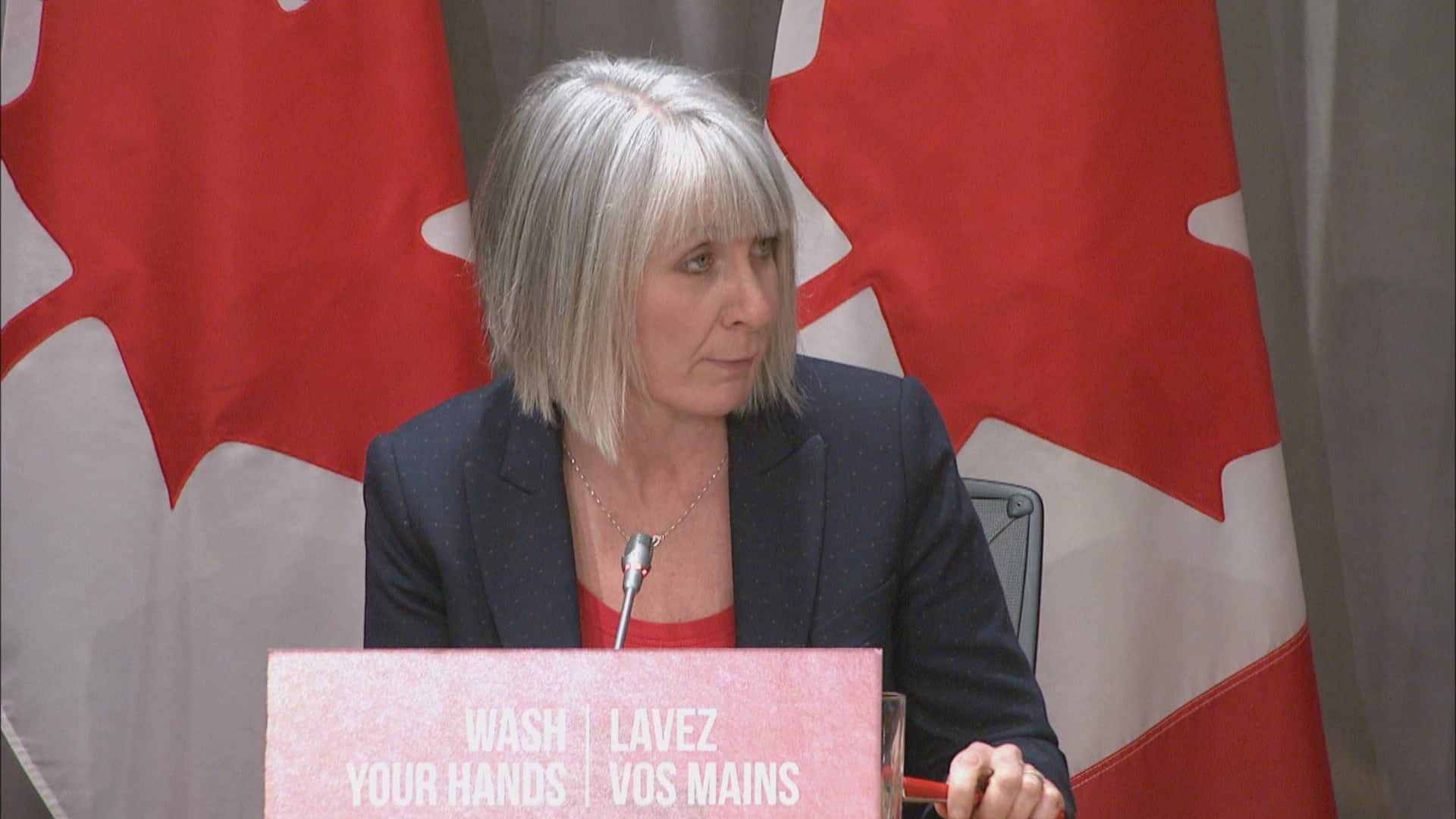 Hajdu on the Cargill meat plant

OHS to decide whether to open fatality inquiry

OHS is currently working through the formal process to determine whether to open a fatality investigation, South said.

"After the first COVID-19 case was identified at Harmony Beef, an intergovernmental business resumption protocol was immediately established for provincially and federally licensed food processing facilities in Alberta," South said.

"While many food processing facilities have existing pandemic and emergency response plans in place, it was critical to work with all actors involved to bolster their plans and help keep workers safe and guarantee Alberta's food security." 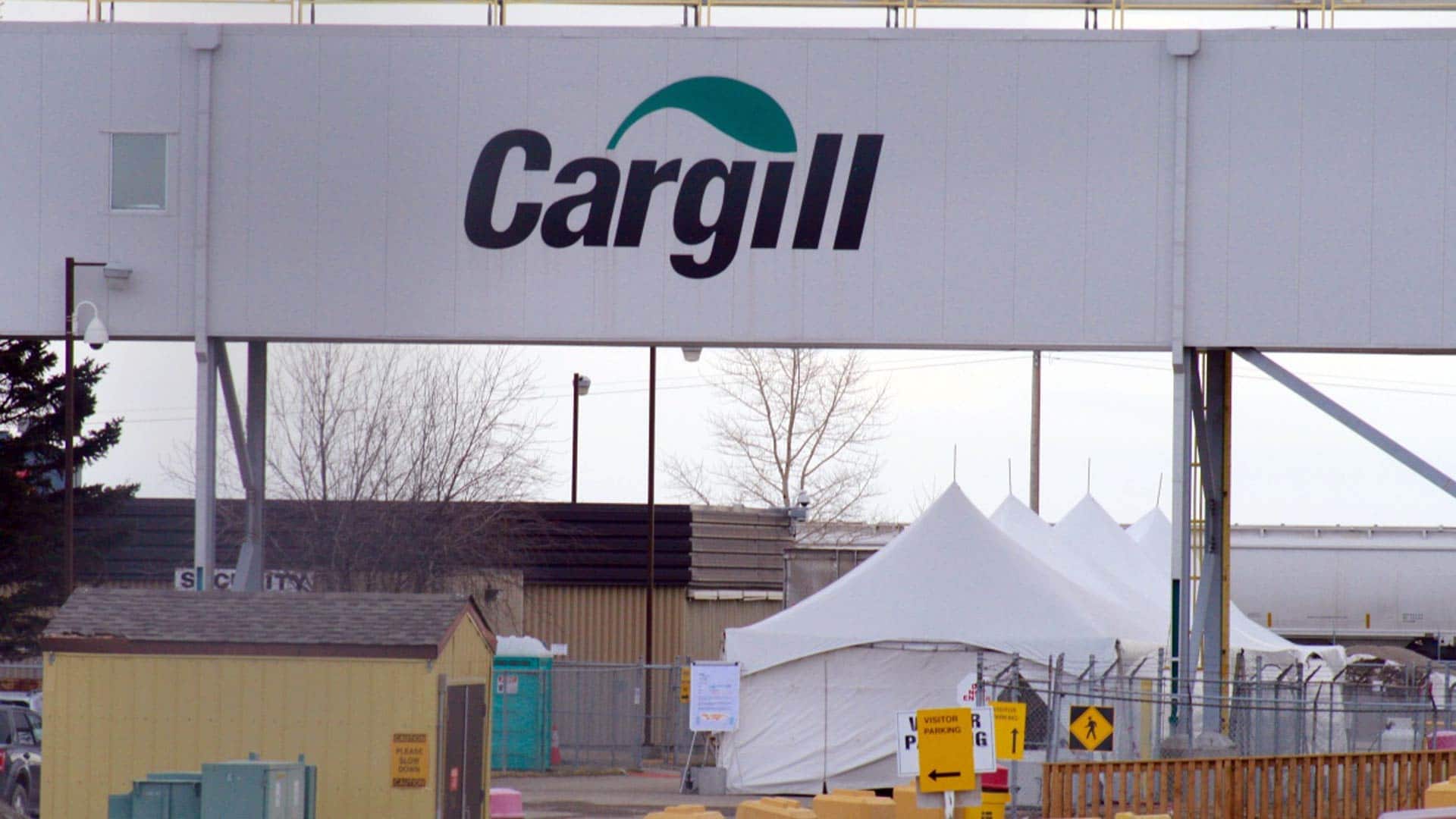 8 months agoVideo
3:03
A COVID-19 outbreak at the Cargill meat processing plant in High River, Alta., has forced the facility to temporarily close, raising concerns about beef prices and supply. 3:03

Direction for mitigation measures at the facility have also been provided by the Canadian Food Inspection Agency, Alberta Health Services and Alberta Agriculture, the spokesperson said.

Sylvain Charlebois, director of the Agri-Food Analytics Lab at Dalhousie University, said perhaps other meat-packing facilities can learn a lesson from what happened in High River.

"I do believe the plant should've idled much sooner, but again I don't have all the details in place," he said. "I mean, [more than] 15 per cent of all cases in Alberta are linked to that plant. That is a lot."

As of Tuesday, JBS meat-packing facility in Brooks had 67 confirmed cases of COVID-19. The plant is staying open.

With files from Charlotte Dumoulin, Colleen Underwood and Allison Dempster