Kris LaBelle and his son love hiking in Kananaskis County. They get out as often as they can, but a recent trend has the Calgary man singing the blues.

Kris LaBelle and his son love hiking in Kananaskis County. They get out as often as they can, but a recent trend has the Calgary man singing the blues.

"There seems to be a current trend, it seems to be novice or new hikers, that have been bringing out portable speakers and they have been playing music as they hike," LaBelle told CBC News.

"It's one thing to be internalized with headphones, but to externalize the sound to the environment, to the wilderness and nature, is just unnatural."

LaBelle says he began to notice the musical hikers about two years ago and he's not happy.

"It's our last port on earth," he says of mountain hiking environments.

"It's our last destination on earth where we can go, where we can disconnect from technology. I find this trend of not really minding the traditions of hiking, that seems to be the common effect right now."

LaBelle's son Dominic is singing from the same song sheet.

"I think it is disrespectful to the animals," Dominic said. 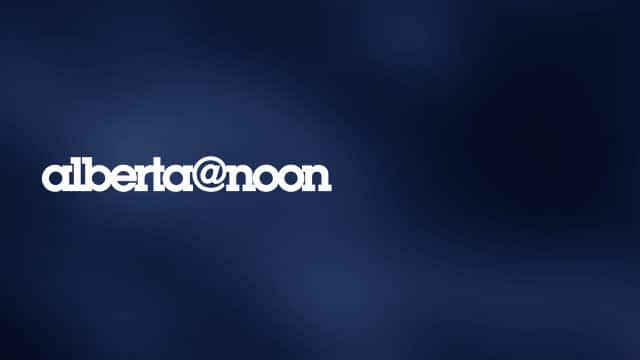 Alberta at Noon26:33Alberta@Noon: Musical hiking etiquette
What do other people on the hiking trail do that bugs you? Play their music? Kathy Copeland, hiking guide and author, speaks about backcountry faux pas. 26:33

Another avid hiker from Calgary says it's not quite as black and white.

"Initially when I heard [music on hiking trails], I had the same complaint. I was like, 'What are you doing, we are out in nature, we want to hear the trees, we want to hear the quiet, that is the point,' but I just went by myself for the first time," Natalie Gauthier explained.

"I was out there for five hours. After five hours of saying 'Hey bear, hey bear,' I was exhausted."

She said, from her point of view, music can be a bear deterrent.

"Some people do it maybe just because they enjoy it, but some people are doing it to stay safe as well. Everyone experiences the mountains a little bit differently."

A program co-ordinator at the University of Calgary's Outdoor Centre says the issue has become a hot topic.

"It's definitely one that people seem to have very strong opinions from either side," Rachel Oggy said.

Oggy says there are some best-practice ways to reduce confrontations with wildlife.

"Go with a group of other people and then make noise. The noise we want to make, are distinctively human noises where they have a chance to hear us coming and recognize us for where we are," she said.

"Then the bear can decide to do whatever it wants. Maybe it wants to move off somewhere else, maybe it's in a great berry patch and it's going to keep eating but it can at least be aware of us rather than being surprised."

She says the centre encourages hikers to follow the Leave No Trace outdoor ethics principles.

For LaBelle though, it's about demonstrating respect for other hikers.

"The peace and quiet is one of the main attributes of being in the wilderness, especially here in the Canadian Rockies in Alberta," LaBelle said.

"Having the luxury of being only 90 minutes from some of greatest travel destinations on earth, I mean people from all over the world spend thousands coming here just to experience a day in our Rockies. I think that a lot of people just take it for granted."

With files from CBC's Kate Adach