Naheed Nenshi says if he is re-elected in Calgary's municipal election Oct. 21 he will push to remove what he calls the "sprawl subsidy." 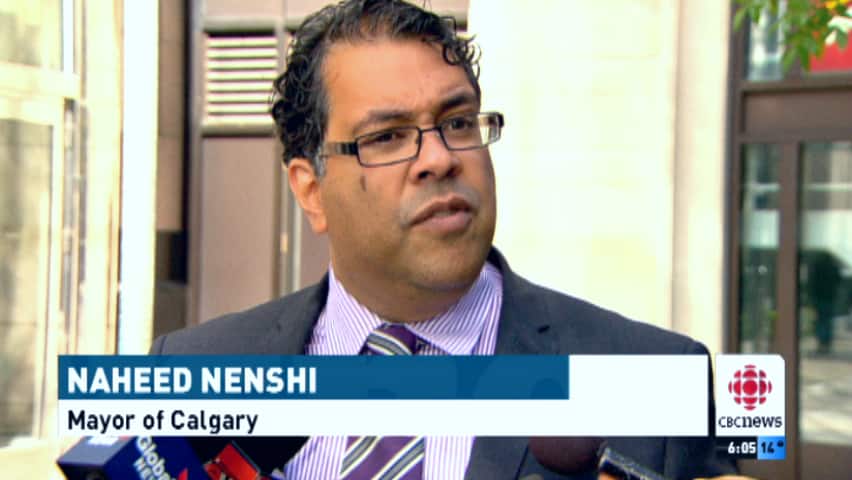 Naheed Nenshi says if he is re-elected in Calgary's municipal election Oct. 21 he will push to remove what he calls the "sprawl subsidy."

In his first formal news conference of the campaign, Nenshi went after the development industry.

He says every house built in a new neighbourhood costs Calgary taxpayers $4,800 — or $33 million a year.

"That is a subsidy that goes directly to one industry and is born by all of us," said Nenshi. "Over the course of the 10 years before this council was elected, that same subsidy led to about $1.5 billion in debt for the City of Calgary — debt that we, our kids and our grandkids will continue to pay off."

Nenshi says that is the same as a three per cent increase in property taxes and he wants it to end.

"I will push to remove the growth subsidy — or the 'sprawl subsidy' — and return us to a level playing field where growth in every part of the city is expected to pay for itself," he said.

"That will lead to more choices of more homes in more neighbourhoods."

The development industry was quick to respond.

Guy Huntingford, who speaks for the Urban Development Institute, says eliminating the subsidy would actually eliminate choice for homeowners and drive up prices.