Calgary Transit is joining the effort to get Calgarians out to vote in this month’s municipal election during the advanced vote starting Oct. 9. 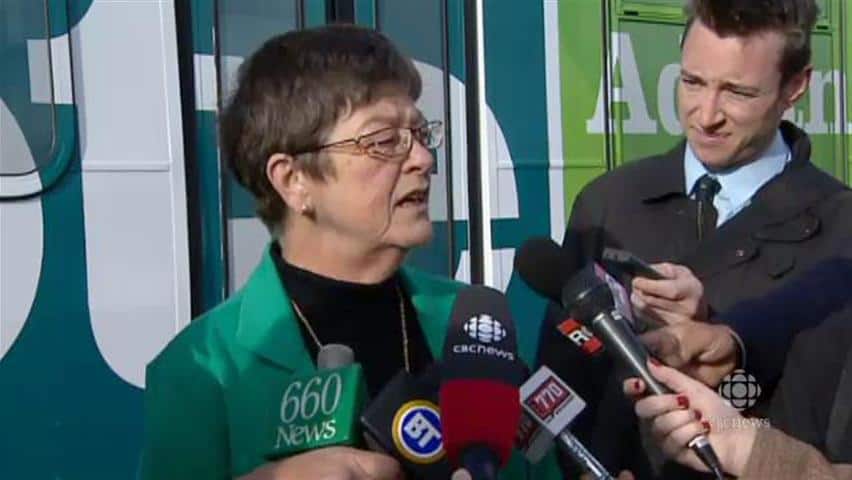 RAW: Vote on a bus

7 years ago
0:50
A special city bus will be visiting Calgary C-Train stations, giving voters a chance to hit the polls in advance of the election. Returning officer Barb Clifford explains the concept. 0:50

Calgary Transit is joining the effort to get Calgarians out to vote in this month’s municipal election.

Under the pilot project, a modified city bus will be used as a mobile station during the advanced voting period from Oct. 9-13 and Oct. 15-16.

The bus holds three voting booths and will be parked at selected C-Train stops around the city.

“We're hoping to be able to get those people who do not have cars, [who] do not drive, to be able to take advantage of the advance vote,” she said. “And also people who have, over time, always said ... our voting stations don't open early enough.”

Eligible electors can vote on the bus with authorized identification, which includes ID that states their name and address.