A technological breakthrough achieved by a Calgary company is fundamentally changing the global energy industry.

Calgary innovation continues to transform hydraulic fracturing around the globe 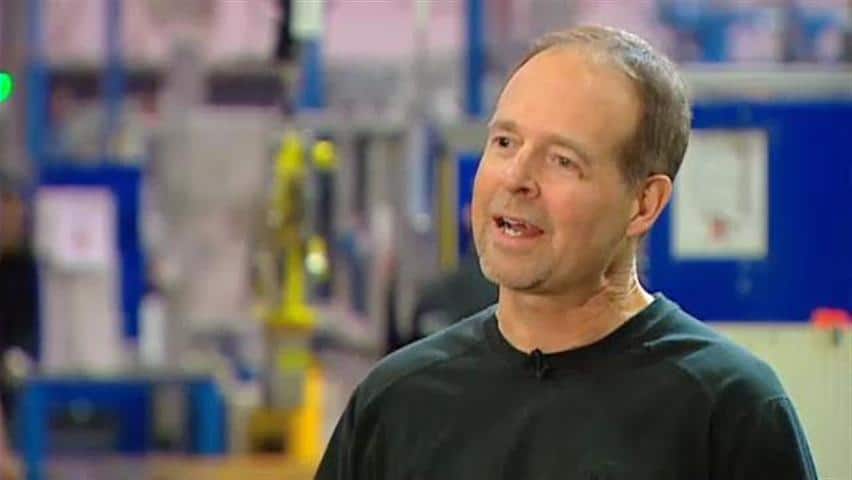 Hydraulic fracturing — or fracking — has opened up oil and gas fields across North America and around the world since it was invented decades ago.

But a technological breakthrough achieved by a Calgary company is helping to fundamentally change how fracking is applied in the global energy industry.

Packers Plus is the innovator of open hole, multi-stage fracture stimulation systems, which help companies reach oil or gas in horizontal, multi-lateral or high-pressure high-temperature wells.

"Mostly it just creates an efficient process where rock that couldn't be produced now can be produced," said Packers Plus president Dan Themig, who invented the process.

Themig's system, which was created roughly a decade ago, uses various-sized balls to open a series of sleeves in an oil well, allowing the area to be fracked more efficiently.

Fracking involves pumping water, sand and chemicals deep down well bores to crack open fissures and boost the flow of oil and gas.

"We have created a way to replace probably 10 or 12 wells with a single well where you drill down horizontally and then you place a number of fracks along the horizontal well and basically we are able to greatly increase the recovery of oil," said Themig.

He says the recent spike in U.S. oil production is a direct result of the company's invention, and it hopes to apply the technology in Alberta's oilsands in the future.

"What we are seeing is probably the fastest change in the energy industry that has ever happened and it has really just transformed the entire industry," said Themig.

CBC's Erin Collins takes a look at hydraulic facturing in a four-part series this week on radio, television and online.

But the hundreds of chemicals used in fracking are a growing concern for environmentalists, as each shale gas well uses between 55,000 and 200,000 litres of chemical mixture.

Last month, federal environment commissioner Scott Vaughan tabled a report concluding the government does not know enough about the chemicals the industry uses in the fracking process and that "environmental protection may not be keeping pace with resource development."

"Russia, China, India having to potentially change who they are talking to, who they are making deals with," he said.

As the fracking boom spreads, some experts predict it could also drive down both the price of oil and demand for Alberta's bitumen.